Heart of the village of Compton 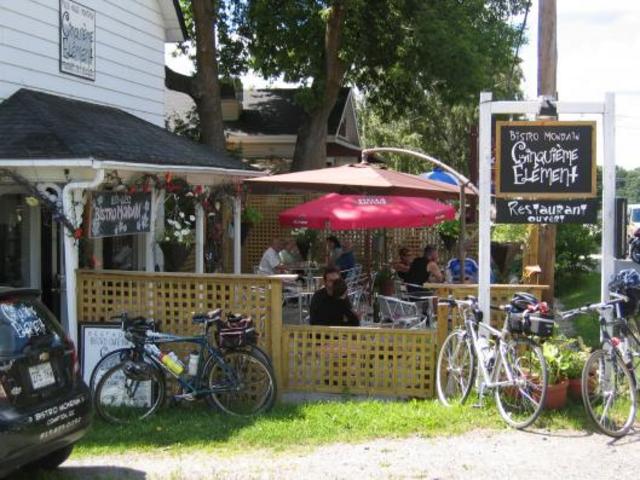 The birthplace of Louis Stephen Saint-Laurent, Canada’s Prime Minister from 1948 to 1957, Compton is well worth a visit.

With the expansion of the railway around 1850, and the arrival of French-Canadians around 1871, the village quickly became an economic centre. In 1893, British officers who were convinced the land had agricultural potential gave the area the name of a town in Surrey, England. Today, Compton is known as the apple capital.

The Way of the Pioneers - Cochrane (201-279, Chemin de Cochrane, Compton, 819 835-9373, www.voiedespionniers.com): Matthew Henry Cochrane is one of ten personalities featured on the Way of the Pioneers culture and heritage circuit. At a beautiful spot in the village of Compton he will recount some highlights of history from the days when he lived here.

The Way of the Pioneers motor tour was launched in 2010 and introduces some of the builders of East Hereford, Martinville, Saint Edwidge de Clifton and Saint-Venant-de-Paquette as well as Compton. By 2012, all 12 municipalities in the Coaticook River Valley will have honored a local pioneer.


St-James the Less Church (17, rue Cochrane, Compton, 418 692-3858): Between 1812 and 1815, a missionary visited Compton to offer religious services to the Anglican community. The first chapel was built in 1826 in the same spot that the church occupies today. In 1845, the church was moved to another location in the village. It was only in 1886-1887 that the current St-James the Less Church was built.