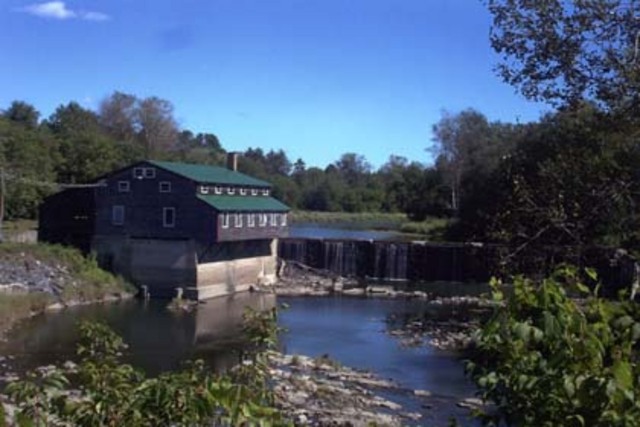 In addition to its New England charm, Waterville surprises with its impressive hydroelectric power, which partly inspired its founding in 1876. This mostly attracted British, Loyalist, and American settlers in 1870.

The town's industrial development took off in 1815 with the construction of a first sawmill by a contractor from Compton Township. Today, Waterville still has a strong insdustrial core.


The pioneer trail - Gorges Gale - Waterville: George Gale arrived in Stanstead with his family from Vermont in 1830. Broadly speaking, he was a farmer, but he quickly showed how remarkably talented he was in working with his hands and in engineering.

After having built bridges and having managed a number of mills, in the early 1880's he founded George Gale & Sons and established his two sons in the company. The factory, on the banks of the Coaticook River in Waterville, operated at full speed, producing springs and brass bedsteads.

In order to expand this successful enterprise, George's eldest son Aldebert, opened a second factory in England. George Gale contributed largely to the growth of industry in this municipality whose economy still relies on the dynamism of the many companies firmly established in the community.