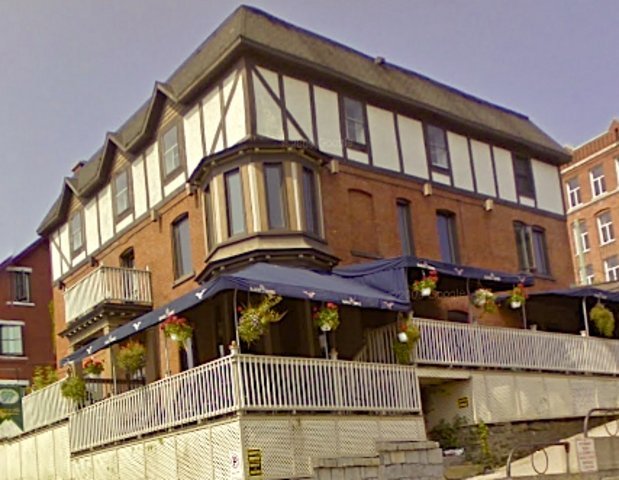 At 151, rue King Ouest - The oldest microbrewery in downtown Sherbrooke, the Mare au diable, is a friendly one. His brewer-owner (and waiter!), Christophe Pernin, from Bourgogne, really counts on this rather european atmosphere.

This microbrewery is located in front of the best known emblem in the city of Sherbrooke: the cenotaph of rue King (in memory of the fallen soldiers). The establishment offers a beautiful sight of Sherbrooke from the terrace.

Homebrew of variable tastes can be found, white ones quench thirst in summer and the seasonal ones are very interesting. The atmosphere is more than welcoming.

Several beers are produced in small brews only. Besides, some of these are only passing through, arriving and disappearing with the seasons, thus ensuring revival and and exclusiveness for the clients. The beer quality is generally good. The Mare au diable is also well equipped in whiskys.

Cenotaph (in the middle of the street)