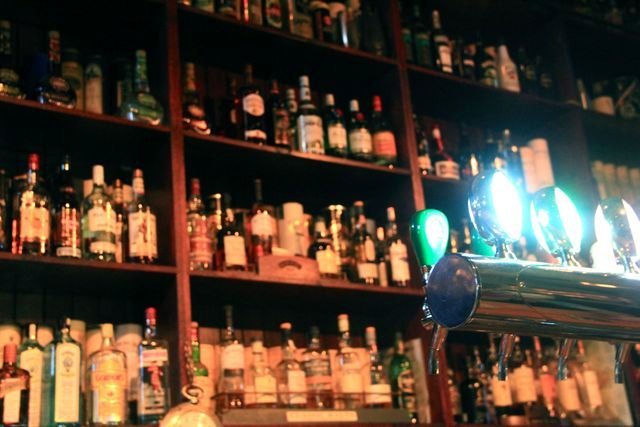 At 286 King Ouest - If one must not judge a book by its cover, one must even less judge a bar by its entrance. Indeed, from the outside, the King Hall doesn't project an accurate reflection of its true personality.

The King Hall proposes 23 varieties of cask ale beer and 90 other varieties of bottled beer. Discover the main actors of the hoppy kingdom!

True Ali Baba's cave, this specialized tavern extends to two stories, each of them having its terrace, and is equipped with a very impressive bookcase full of alcool bottles and rare beers discreetly located behind the bar. Examples of a few 30 scotches and whiskys can be found, as well as the hundred of beers that we can taste there. Imported beers and Quebec beers flow abundantly.

A pool table, a dartboard, and other activities were made available to clients.

Suggested beer:
The beers are classified by country on the menu, go ahead according to your desire of exoticism!