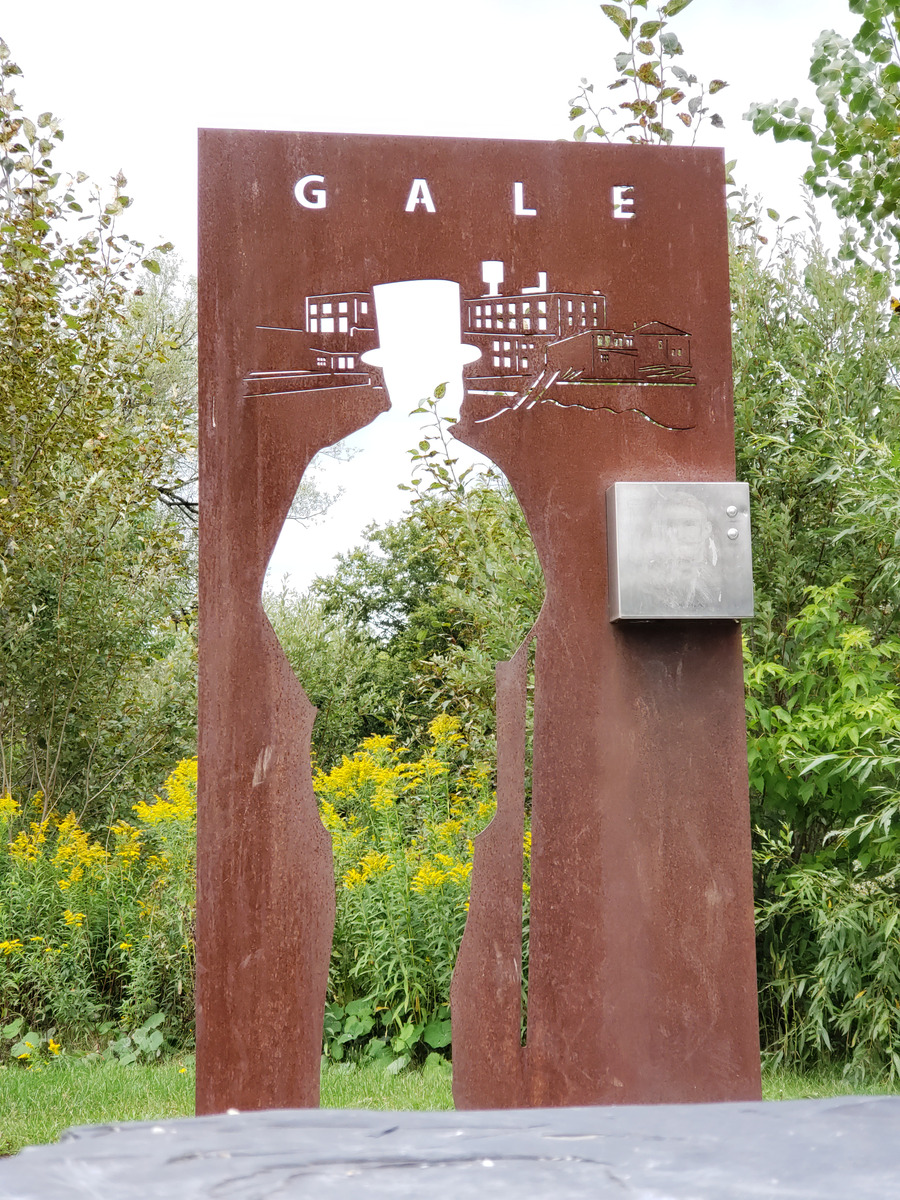 Born 1824 in Williamstown (Vermont) and died in 1892, George Gale is the founder of George Gale & Sons of Waterville, a factory of box springs and metal beds whose operations began in 1880.

Came to Stanstead from Vermont 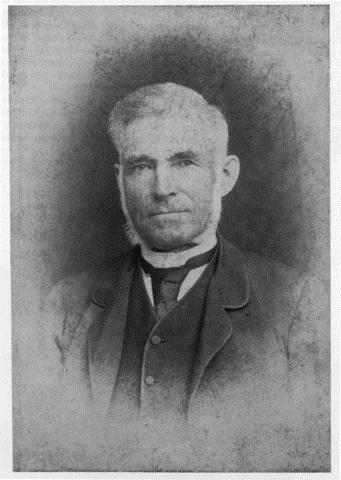 George Gale’s family came to Stanstead from Vermont in 1830. At that time, George was farming. 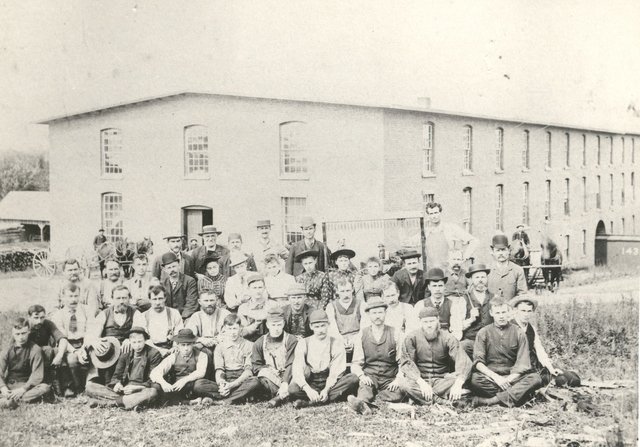 He started out as a bridge builder and mill manager, but then in or about 1880, with the assistance of his two sons, he created the company George Gale & Sons. 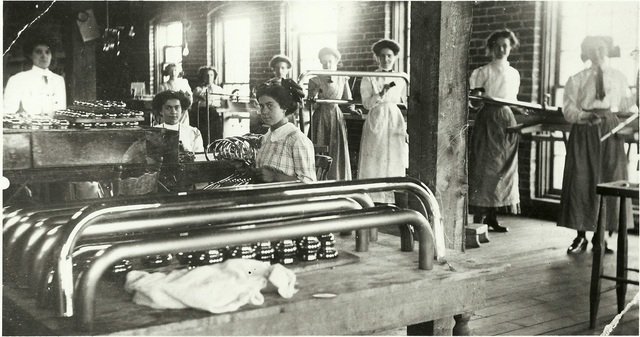 Once the factory on the banks of the Coaticook River in Waterville was operating under full steam, George’s son Aldebert went off to England where he opened another factory manufacturing iron bedsteads. 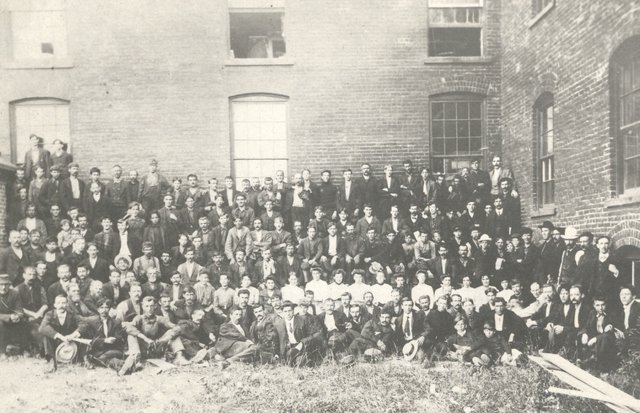 Here is a family picture of the Dominion Snath employees, formerly situated along the Coaticook river, at the heart of Waterville. Another of George Gale's factories... Bricks were produced there. 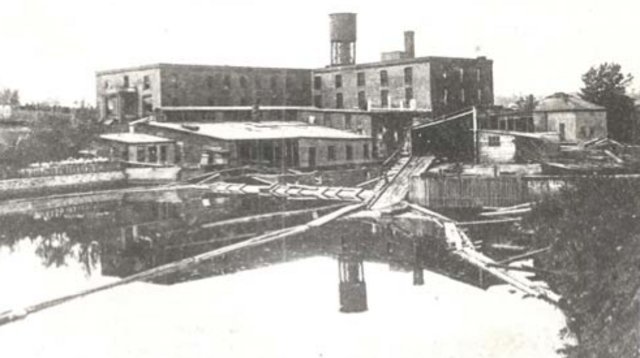 View of the George Gale & Sons factory on the banks of the Coaticook River with the water tower rising up behind it. The water tower remains today a vestige of the past (with its monument to Mr. Gales beside It) 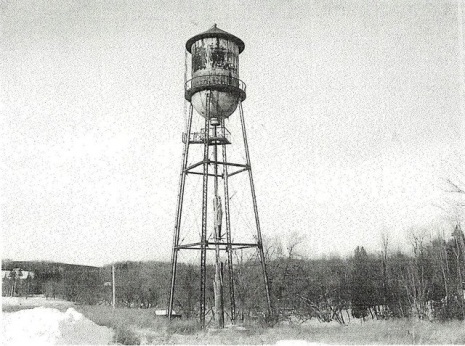 The landmark water tower has become the emblem of industrial Waterville. In the past, it supplied water to many of the manufacturing concerns in the town.

The Rising of a Small Town 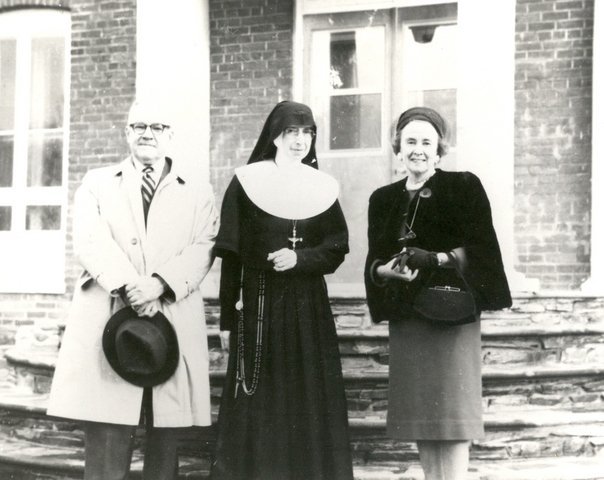 George Gale was one of the leaders in the establishment of industry in the municipality. His legacy is that many enterprises still play an important role in its dynamic economic development. 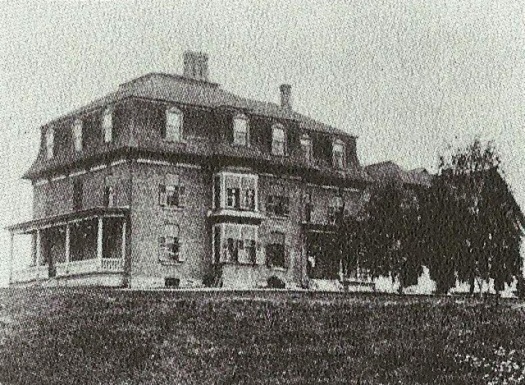 Mr Gale’s home still exists. It is now a retirement home, the Résidence du Manoir Gale, and is located at 265 Compton East Street in Waterville.

In 1840, George Gale’s family settled in Stanstead when George was 16 years old. A few years later, he went to United States where he learned mill construction. He returned to Canada, settling in Barnston.

In 1847, he met Dorothy Davis of Stanstead who became his wife and mother of their four children. However, only two of the infants survived, Aldebert and Francis, both of whom grew up to be businessmen of some substance.

In 1848, the California Gold Rush took off. Gold fever spread throughout North America. Young George caught the fever. He became a ‘49er, setting out for California.

Five years later, in 1854 he returned to Barnston and purchased some property in Smith’s Mills (as Waterville was then called).

During the years 1868 and 1869, he constructed a number of bridges over the River Tomifobia, another in Waterville and did repair work on the bridge that linked Rock Island with Derby Line in Vermont.

He took to the real-estate business like a duck takes to water, buying houses and factories and turning them over.

In 1890, together with his two sons, he bought a dam close to the US/Canada border. At this time, he was also the owner of some 700 acres in the Waterville area.

George Gale passed away on 26th January 1892, at the age of 76. George’s son, Francis G., inherited the George Gale & Sons Company. In 1914, Francis sold the company to an American enterprise. The factory was taken over by the Johnson Woolen Mills’ Company, specializing in the carding of wool and weaving. The building burnt down in 1945 and was never rebuilt. Today, it is only the iconic water tower that remains as a reminder of where the George Gale & Sons Factory once stood.