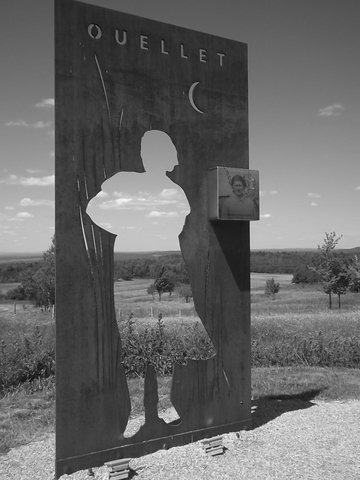 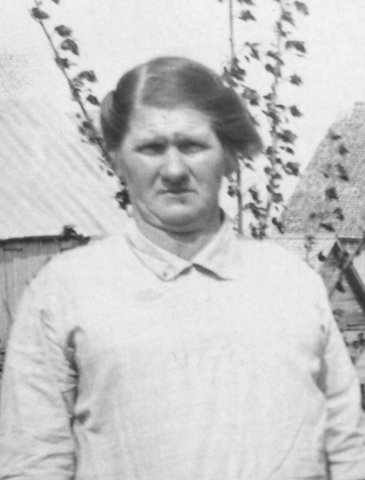 Born on the banks of the Saint-Laurent near La Pocatière, Georgianna, who married Barthélémy Ouellet in 1891 in Saint-Onésime de Dixworth, found herself in Malvina in 1909 with her husband and their eight first children out of sixteen. 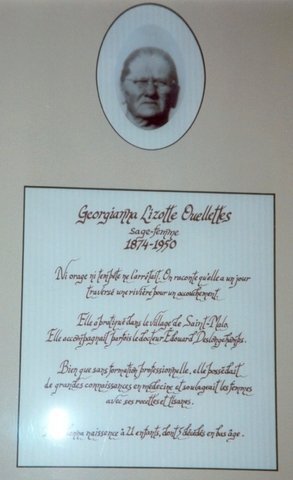 Already well aware of the difficulties to give birth in the country and of the situation of women who didn't always receive medical assistance, Georgianna Ouellet worked as a midwife for forty years in Malvina.

A Woman who Believed 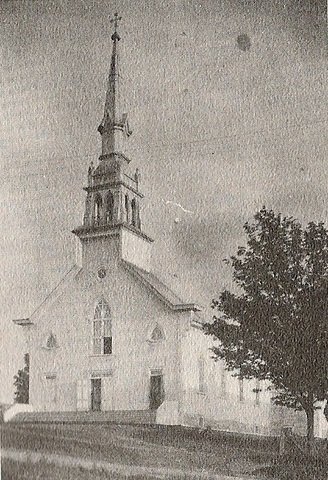 A Talented and Hardworking Woman 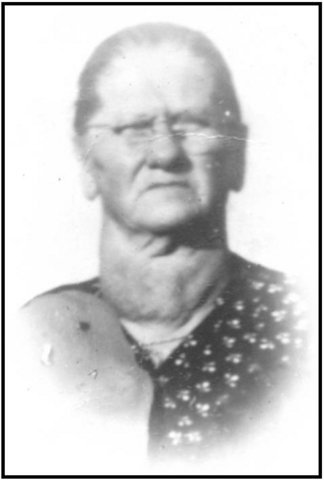 Just like the majority of wives in the country back then, Madam Ouellet made her bread, spinned wool, made the country soap, worked at the loom, sewed and always found time to gather blueberries and raspberries and to sell the surplus. 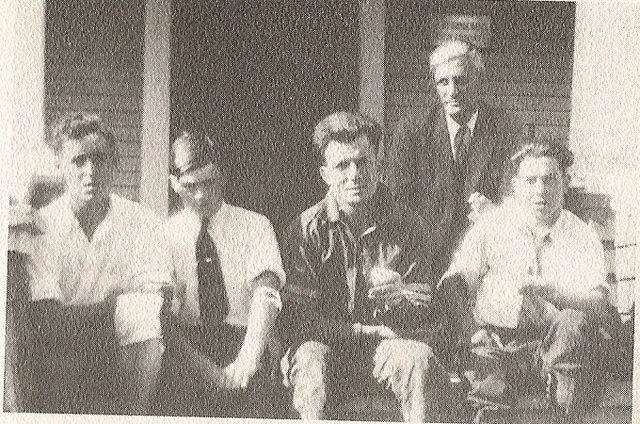 Most of the time, Mrs Ouellet assisted the doctor Deslongchamps during the deliveries. We can see him on the picture (standing in the back) with a few of his patients. He practiced medecine during 28 years in Saint-Malo. His price: $2 for a visit and $5 for a delivery. 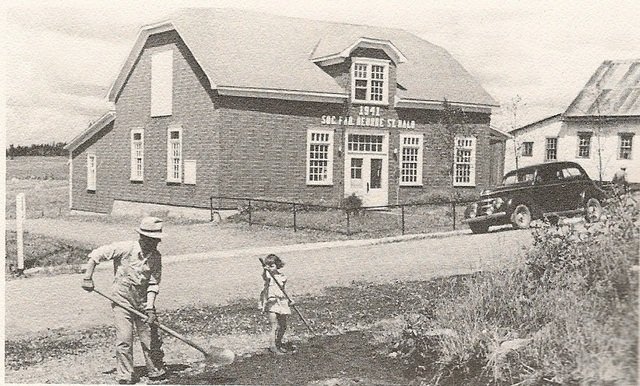 In summer, when men worked with hay, Madam Ouellet harnessed the horses and delivered the cream to the butter factory in St-Malo (open in 1913). The cream had to be delivered at least twice a week since there was no refrigeration. This building is still present in St-Malo on the street that leads to Madam Ouellet's stele.

Georgianna Lizotte-Ouellet was born in 1874 in the area of La Pocatière and she died in 1942 in Saint-Malo. She got married in 1891 with Barthélémy Ouellet in Saint-Onésime de Dixworth. Afterwards, they settled in Saint-Pacôme and they had 21 children, of which five died in infancy. They decided to settle in Saint-Malo after Barthélémy's brothers went there. Their family farm was on the Malvina path.

Just like every woman back then, in addition to taking care of her chidren and the house, Madam Ouellet made her bread, spinned her wool, worked at the loom, sewed and also gathered blueberries and raspberries. She even sold the surplus. In 1934, Barthélémy Ouellet died and Georgianna was left with 8 dependent children. With a lot of courage and unbelievable organizational skills, this pioneer took the challenge.

Saint-Malo however remembered Madam Ouellet for her role as a midwife. Of course with 21 children she was aware of that reality. She often assisted the doctor during the deliveries, but was sometimes also the only experimented presence close to the mothers. Each woman trusted her a lot. This presence close to many families also made her the person that people went to when they were sick. The funeral director also required Georgianna's help to prepare the deceased.

To sum up, Georgianna Lizotte-Ouellet was a loveable, resourceful and helpful person, but mostly a great listener and a confident.