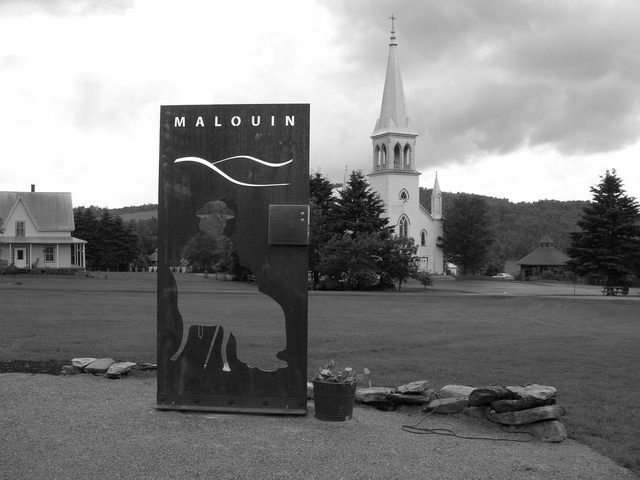 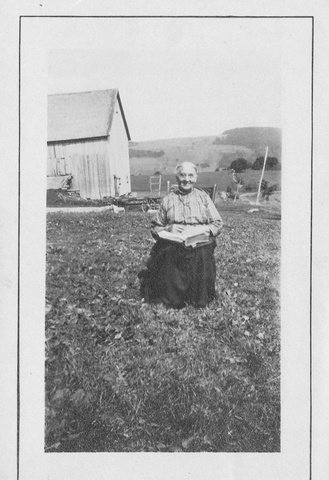 Hermine Malouin was not faint-hearted. "Well built", like they said back then, this robust pioneer came to Saint-Venant-de-Paquette at the very beginning of her wedding in 1861. 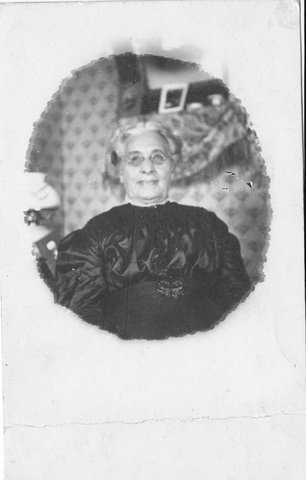 The daily challenges of settling in a country in colonization never rattled Madam Hermine. Walking long distances, handling a hammer, a shovel or a pickaxe, here are several tasks that she shared with the group of pioneers from this town. 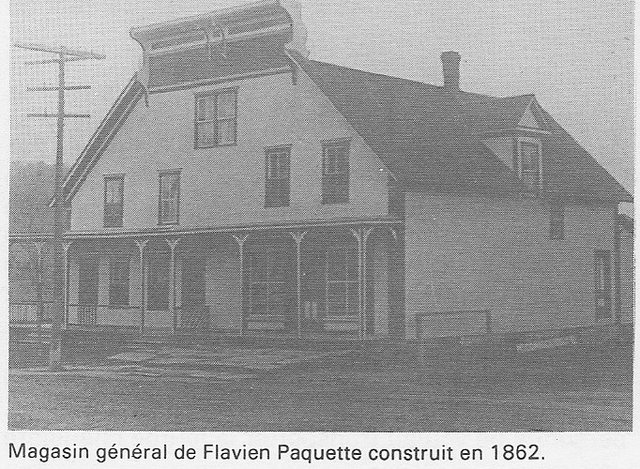 The first general store in Paquetteville belonged to Flavien Paquette, open in 1862. The name Paquetteville appeared for the first time in 1866, in honour of the Paquette family. 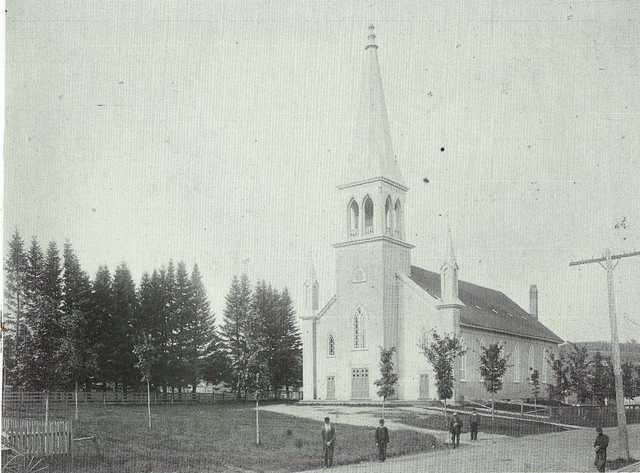 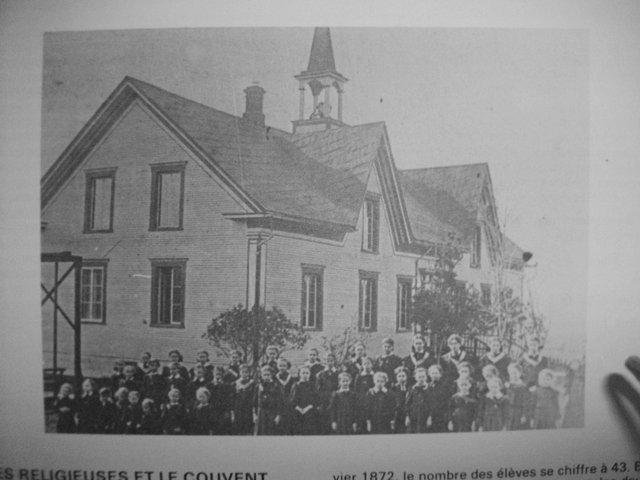 In August 1887, three sisters from l'Assomption came to Paquetteville. They settled in the convent that Abbot Champeaux made available for them and they received $260 per year. They spent nearly 77 years in Saint-Venant. 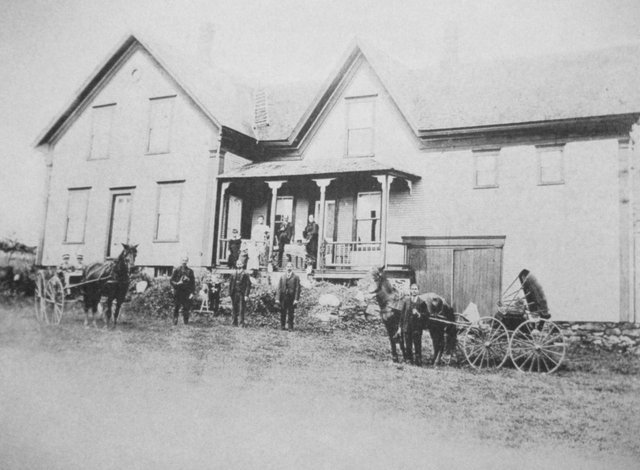 Picture taken in 1902 of the Lefebvre family home built in 1879. On the front steps, you can see Hermine on the right in black and her three sons in front the house. The man on the balcony could be Alfred but it is uncertain, because he died in 1902. 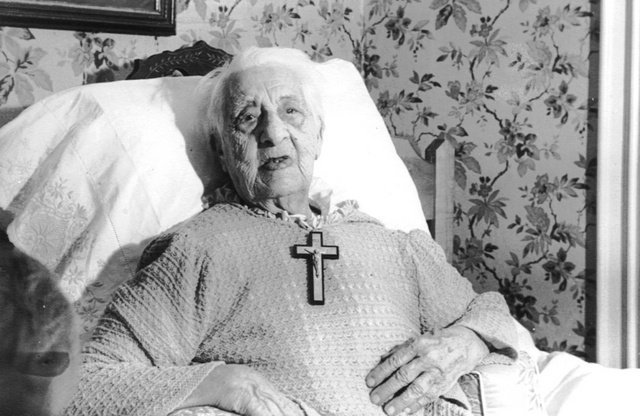 On June 16, 1941, the Lefebvre family got together in the house in Saint-Venant to celebrate with great pomp the hundredth birthday of the elderly woman. This picture was taken for that occasion.

Hermine Malouin was born in 1841 in the Maskinongé region and died in Saint-Venant in 1941. Arriving in Saint-Venant in times of colonization, she truly deservd the title of pioneer the town attributed to her. Married to Alfred Lefebvre in 1860, in Stanstead, Madam Malouin followed her husband in 1861 to settle in Paquetteville. She was 20 years old.

Some say this woman was sturdy. Measuring six feet and with a large size, she smoked pipe and chopped wood. When her carpenter husband was away, she took care of the farm, kept harvesting the soil, and attended to the work on the fields. With the wool from the sheep in her farm, she enjoyed spinning and sewing. In their first house, made of log, she gave birth to her two younger sons, William and Joseph. The eldest child saw the light of day before they settled in Paquetteville.

In the 1870s, the family lived happy days and built, with the help of the children, a beautiful large house with gables that saw four generations of Lefebvre living it it.

Her husband died in 1902 at 65 years old, Hermine lived on 40 years afterwards. When she gave the house to her younger son, she set conditions. He had to offer her a bed and food, 100 dollars a year and the wool of two sheep, a black one and a white one. The last year she was alive, despite the fact that she remained lucid, she had to be confined to her bed. The family gathered together in the family home in 1941 to celebrate her hundredth birthday. She died the day after Christmas 1941.