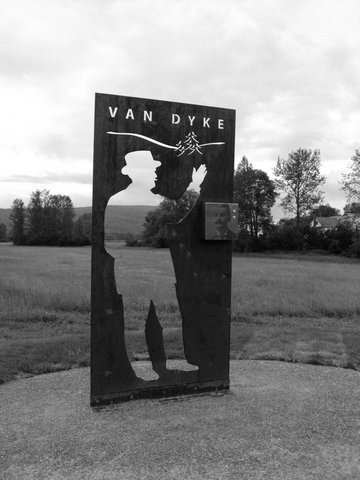 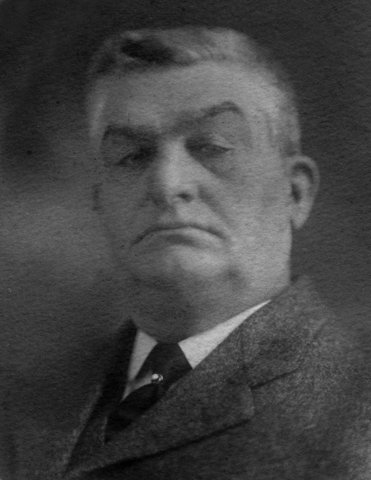 Originating from New Hampshire, this wood contractor was interested in a forestry company property of his brother George. While he lived in America, Thomas settled in East Hereford. 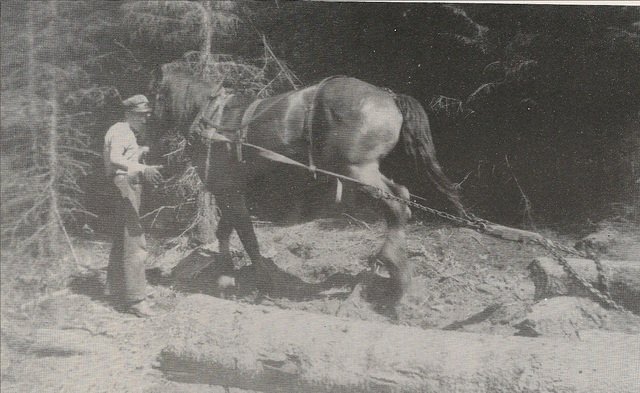 As a colourful businessman, he actively participated in the development of Hereford county, hiring loggers and drivers. The fruit of their work often went on the other side of the border. During the driving period, the logs travelled on the Hall and Connecticut rivers and could go as far as Boston. 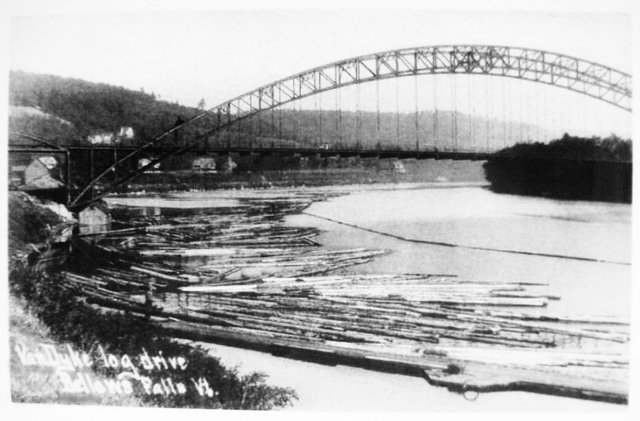 It is especially his brother George's political weight that allowed to bring the railroad in the region. He was nicknamed the "King of the Connecticut River" and was the mot important tax capitalist of the county. When he died in 1909, he owned over 10 million dollars. 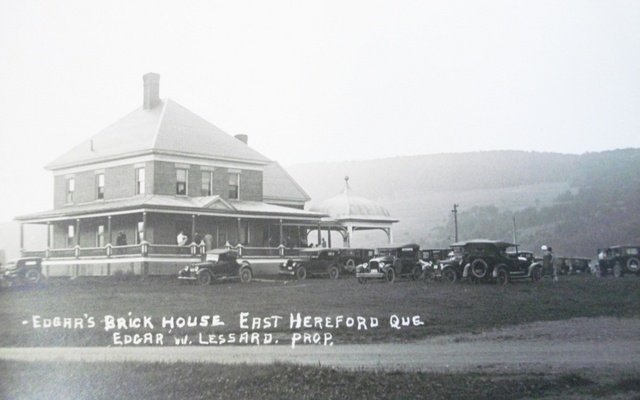 During an afternoon in November 1900, the three barns, the shelters and all the structures of the farm were destroyed in a fire. The total losses amounted to approximately $5,000. Thomas Van Dyke probably reconstructed on the same lot the opulent red brick house that you can see on the picture. 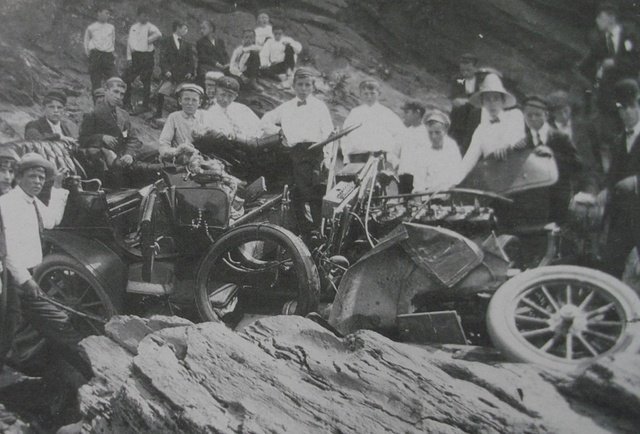 On August 8, 1901, Thomas Van Dyke's brother, George, died in a terrible accident. While he was observing in his car the proceedings of the driving from the top of a cliff, the "Connecticut River Baron" and his driver fell 20 meters to the ground.

Thomas Van Dyke was born in 1851 in Vermont and died on June 13, 1914 in Montreal. Because of his numerous participations, he became a memorable character in the history of East Hereford. Originating from a family of yankee soldiers on the maternal side and of Dutch pioneers from the New York foundation on the paternal side, he decided to be a lumberjack like his father and his older brother George in the timber trade.

Important landowner established in East Hereford and forester, he managed the construction in winter and provided the wood in spring for the drives that his older brother managed in the United States with the Connecticut Valley Lumber Company. George was the principal shareholder and Thomas-Henry was responsible of the Canadian subsidiary. With his construction, Tom Van Dyke, as he was surnamed, provided men from the Hereford region with work during winter.

His lively family life with the premature death of his first two wives didn't stop him to remarry a third time and to properly take care of his children, seven in all, born of his three weddings. In 1905 he decided to convert to Catholicism in order to employ the French Canadians without creating friction. Back then, it was poorly looked upon for the Catholics to work for a Protestant.

In 1907, the inhabitants of the south of Hereford county showed their desire to create a new parish. Mr. Van Dyke put a lot into his cause by offering his financial and moral support. He supported the various petitions, and since the village had to send representatives to plead their case to the bishop's palace of Sherbrooke, he went there with two other persons.

The undertaking was a success, because in 1908 the Saint-Henry parish of East Hereford was created. Throughout his lifetime Van Dyke distinguished himself in the social, economic, religious and political life. He served in several boards of directors and was elected a mayor twice, from 1906 to 1908 and from 1912 to 1914. He died in a hospital in Montreal, and was buried in the family cemetery in Piper Hill, on the way to Colebrook, Vermont. Following his death, even if his body was already buried in the United States, the inhabitants of East Hereford organized a funeral service by way of homage in their new church.

Source: Amélie Masson-Labonté for the TCCC, 2008