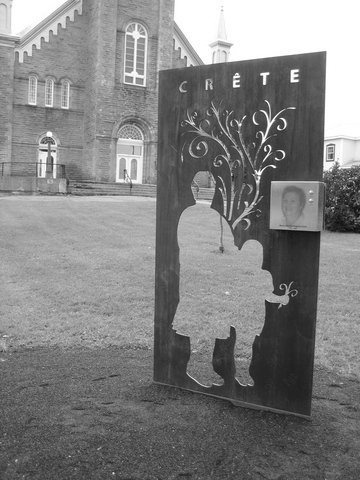 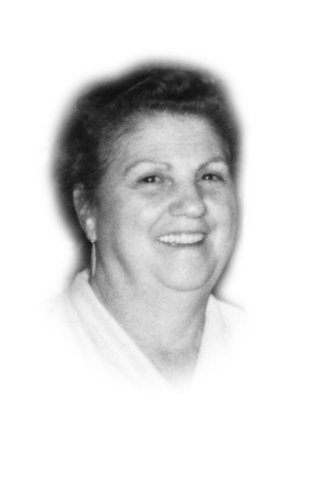 For the population of Saint-Herménégilde, "Madam Crête" as she was called after her wedding, in 1945, was known for being a kind woman who took care of others before thinking about herself. 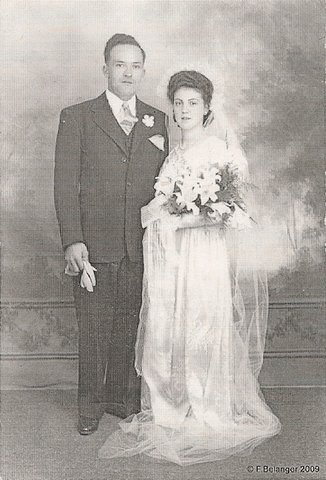 Marie-Marthe Paquin married Félicien Crête on June 2, 1945, at the Saint-Marc church in Coaticook. 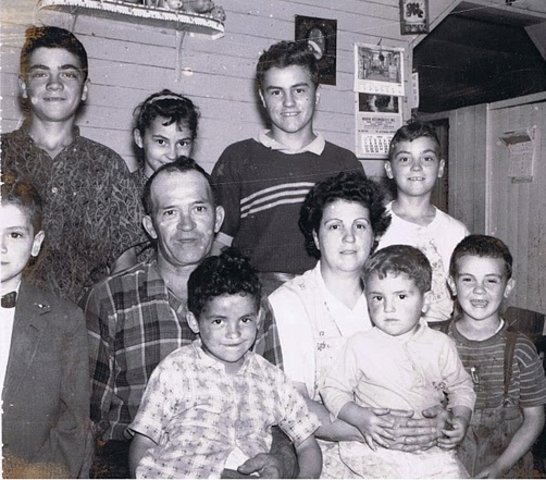 As a mother of ten children, the door of her house was always open. She also played the role of a host family for a hundred of kids over a twenty-year period. 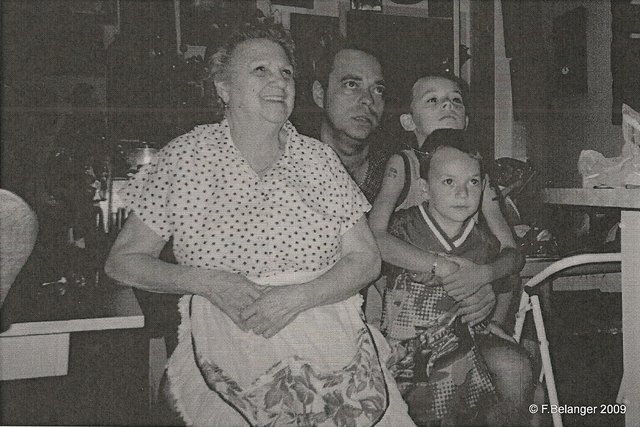 Mrs Crête always wore an apron harmonized with her clothes and she sometimes forgot to take it off before going in town to do groceries.

A Life Dedicated to Others 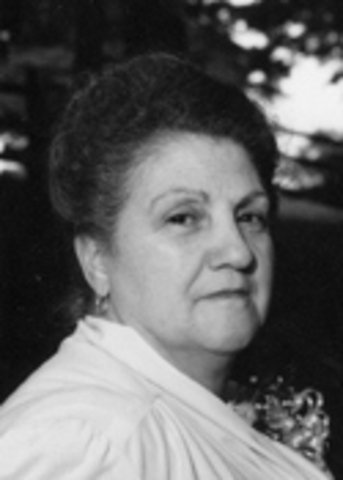 Marthe Crête was constantly busy and basically had no time to go out. She even worked at night for clothing factories. She also sewed clothes at home for the other families in Saint-Herménégilde.

A Woman of all Occupations 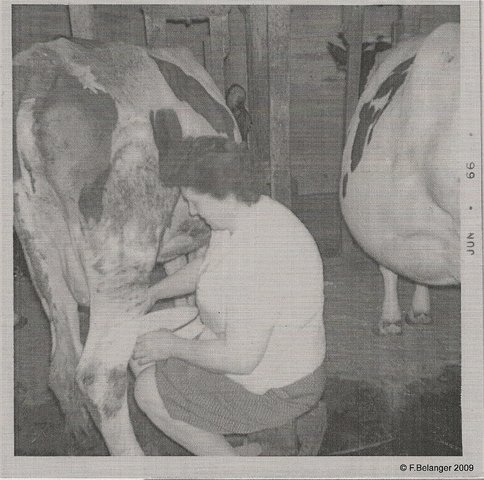 While playing her housewife role, Madam Crête found a way to help her husband in the farm during summer and in the fir tree fields during winter. You can see her here milking a cow in 1966.

A Woman with an Unwavering Faith 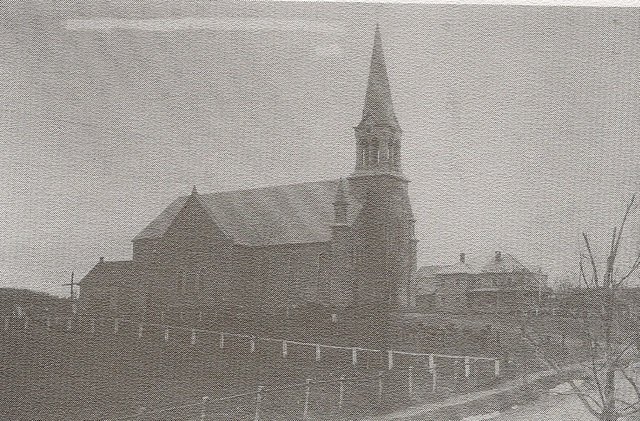 Madam Crête was a very religious woman. Every morning, Marthe Crête prayed when she got up, and every night she recited the whole Rosary with her family. She was also present at the celebreations that took place at the Saint-Herménégilde church.

Transmitting the Faith of the Ancestors

Before she died, Marie-Marthe Paquin-Crête gave the fatherly blessing, a ritual passed down to her son Yvon when her husband died. This blessing was crucial to her. When she died in 2006, she was buried in the Saint-Herménégilde cemetery.

Marthe Paquin was born on February 5, 1923 in Haverhill, Massachusetts, in the United States, and died on July 31, 2006 in Saint-Herménégilde. Born with a bone disease that stopped her from walking during her youth, she promised to dedicate her life to others if she managed to walk one day. As her dream came true, she was haunted by the constant worry ot the others' well-being.

Married with Félicien Crête in 1945, she went through several moves during her existence. The Paquin-Crête couple settled in Saint-Herménégilde in 1952, Madam Crête gave birth to ten children in sometimes delicate conditions.

She got involved in a cause that she really cared about, children. Between 1970 and 1993, Madam Crête welcomed home over a hundred children from the social services. Militant and devoted, nothing stopped her to attempt the impossible for those she loved.

Just like many people back then, she remained a religious woman with a resolute faith in God. Despite the death of her two young sons, Mrs Crête kept saying: "Eveything's fine". She was easily recognized in town because she always wore an apron: a napkin in one hand to clean herself, and in the other a rosary to pray and, of course, treats for children. When you went by her house, you often heard her say: "Come, the water is hot!" It shows that coffee and soup were always ready to welcome us.

Thus, even if Mrs Crête didn't correspond to the generally recognized criteria to define a celebrity, nothing changes the fact that people from Saint-Herménégilde admire her and think that she is a pioneer in their municipality.

Source: Mylène Urbain for the TCCC, 2010