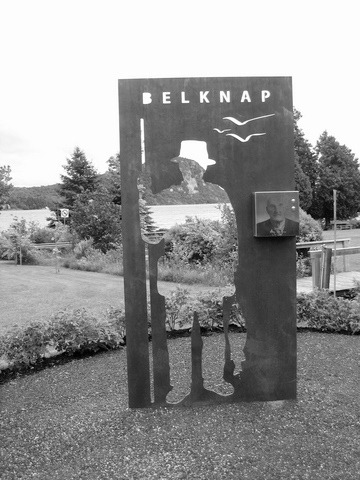 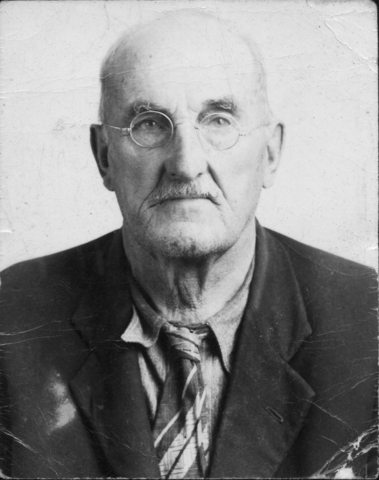 Walter G. Belknap's family came to Barnston from New Hampshire at the beginning of the 19th century.  As a very young man he learned carpentry and cabinet-making from his father. In 1890 he struck out on his own. 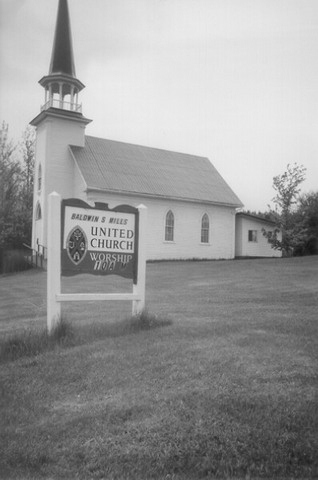 Walter Belknap, together with John Fox, built the Baptist Church at the right-hand side of the Lakeside Cemetery on chemin Lyon. This church was destroyed in 1942. In 1888, The two men built the Methodist church at 1915 chemin May. This church is the present United Church. 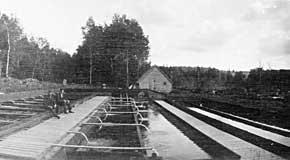 Together with Willis Baldwin, he was very active in the development of the Fish Hatchery at Baldwin's Mills. He and his wife Bertha Annis dedicated the next 40 years of their lives to this enterprise. 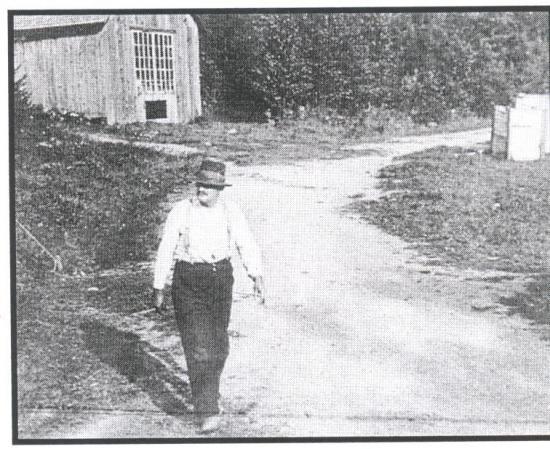 During the 1920's his raising of fish-fry of many different species was the most productive in all of the country. 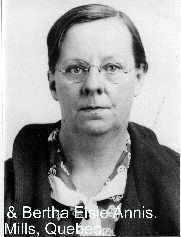 Bertha Annis played a very important role in the development of the fish hatchery. She was the driver of the truck that delivered the fish far and wide, sometimes as far as in Ontario. 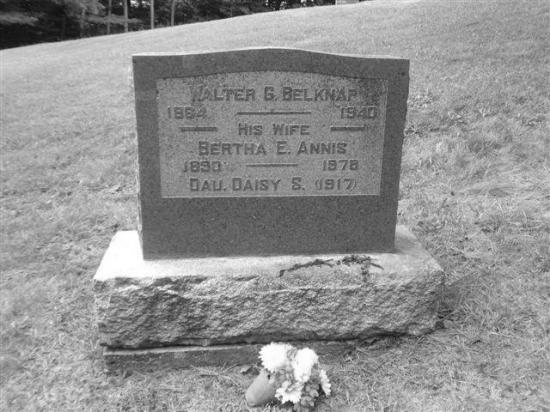 Many members of the Belknap family are buried in the Lakeview Cemetery, Baldwin's Mills - including Walter Belknap and his wife Bertha. Walter died in 1940, while his wife lived on for almost forty years, passing away in 1978.

Walter George Belknap was born on April 22,1864 and died in 1940, at the age of 76. He was 16 years old when he came to live in Baldwin's Mills, taking on an apprenticeship to house-builder John Fox. In 1888, he married Salome Bacon, and the following year started his own business. He constructed a variety of buildings; barns, houses, summer cottages, boats and churches.

He was one of the founders of the Lake Lister Fish and Game Club whose goal was to preserve the Little Lake Baldwin and to create the fish hatchery.
The Baldwin's Mills Fish Hatchery (established in 1898) became the most advanced of its kind in North America and was the first hatchery in Canada, under the guidance of its  director Walter Belknap, to successfully raise fish-fry of many different species. Walter was director of the hatchery for some 40 years. One notes that to be delivered to clients in the early days, the fish were transported on horseback!

He and his first wife, Salome had two children. Salome died in or about the year 1900, leaving him two children. After the death of Salome, he remarried. He and his second wife,  Bertha Annis, were the parents of 10 children.

Eventually, his whole family became involved in the development of the hatchery, especially his wife Bertha. She kept the books and drove the delivery truck here and there, all over Québec and as far as Ontario.

Walter Belknap was a well-respected person who never hesitated to share his expertise with all who were interested in his work. He was also an ardent photographer. He made the early 1900s photos of the Baldwin family.