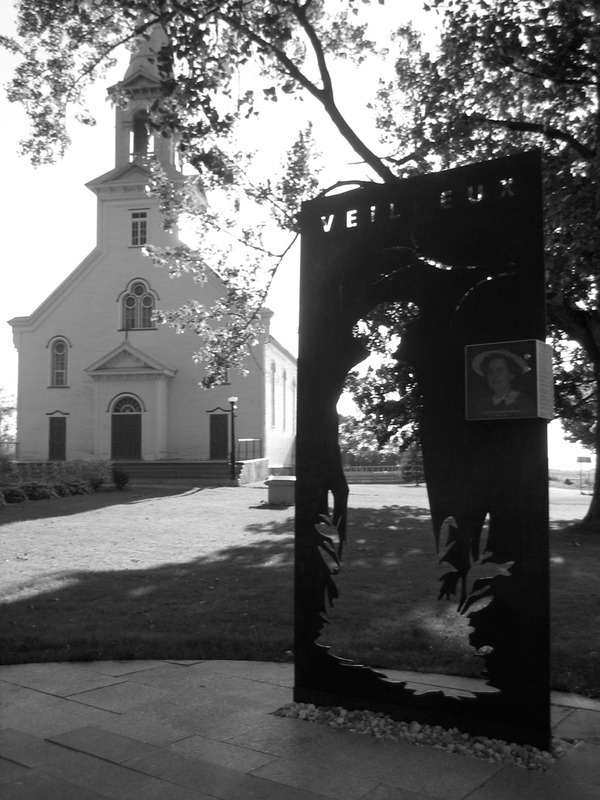 Cécile Dessaint was the daughter of  Abraham Dessaint and Otilia Nilsson. Her birthplace was on chemin Frappier in Kingscroft. 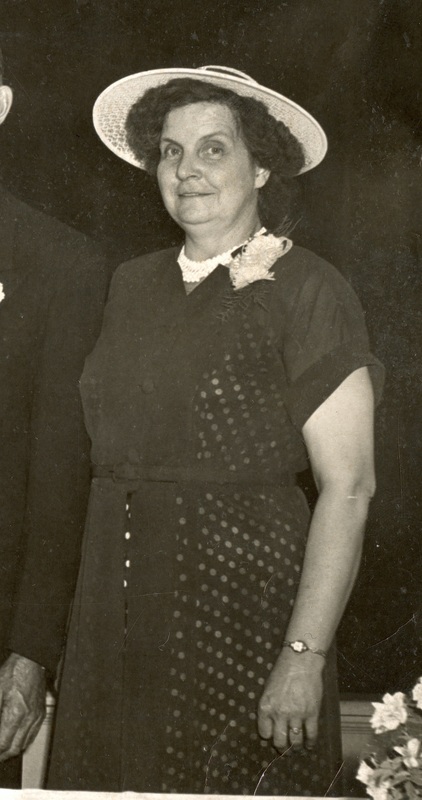 Like so many women of her era, our resolute pioneer lived a long and productive life; in her case to age 96. She was a tremendously active woman and It was as if this was what kept her going to such a ripe old age!  She bequeaths to us a goodly number of descendants: 11 children, 36 grandchildren, 79 great-grandchildren and 26 great- great- grandchildren – a truly impressive heritage! 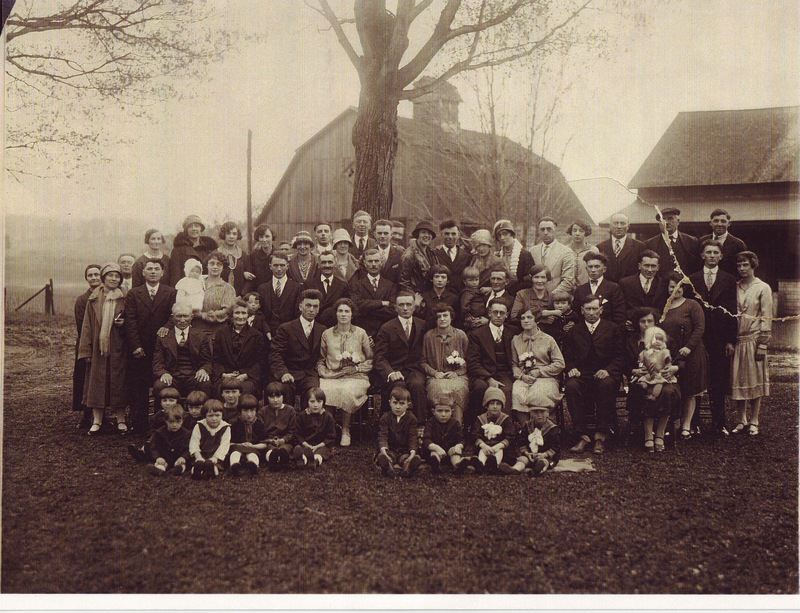 In this 1926 photo, we see Cécile at 22 years of age next to Josephat, 19. They are at a very special wedding – the only triple marriage to have taken place in Kingscroft. It seems as though Cécile and Josephat had already started courting. However, they didn't get married until 4 years later. 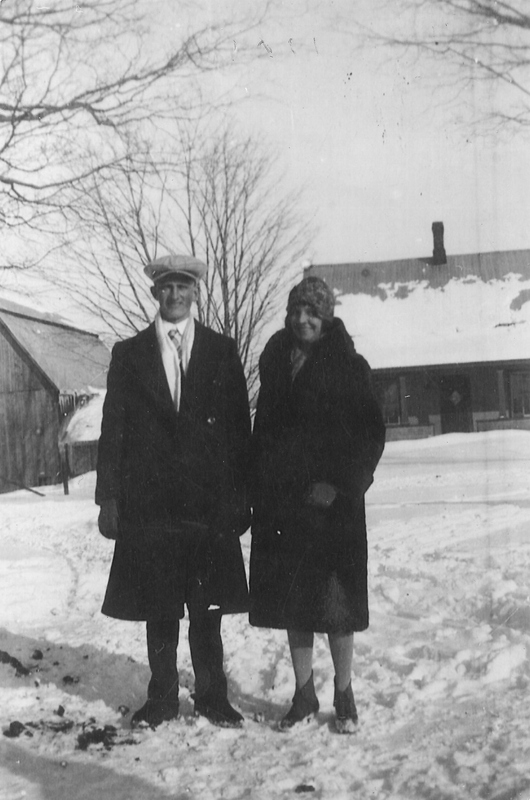 Cécile and Josephat, a courting couple for a number of years before getting wed on 4th June 1930, at the Catholic Church in Kingscroft. 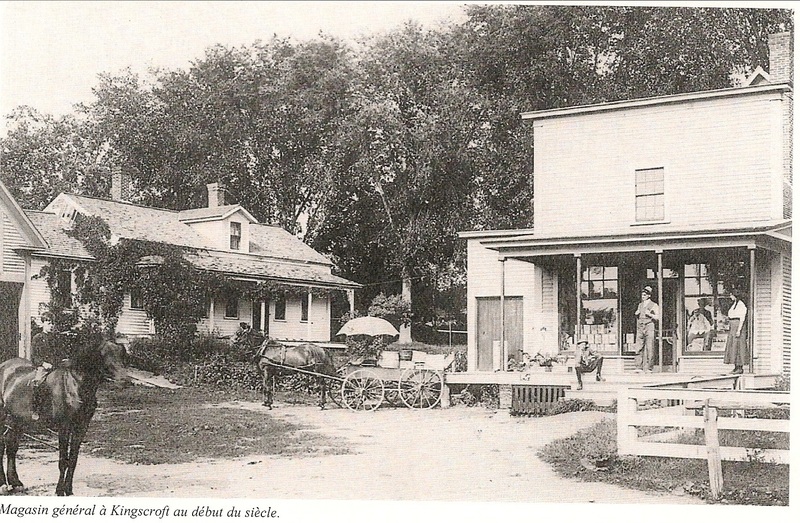 The village was originally called King's Corner in recognition of Ira King who ran a hostelry for travelers. Later on, another hotel and a general store were built. 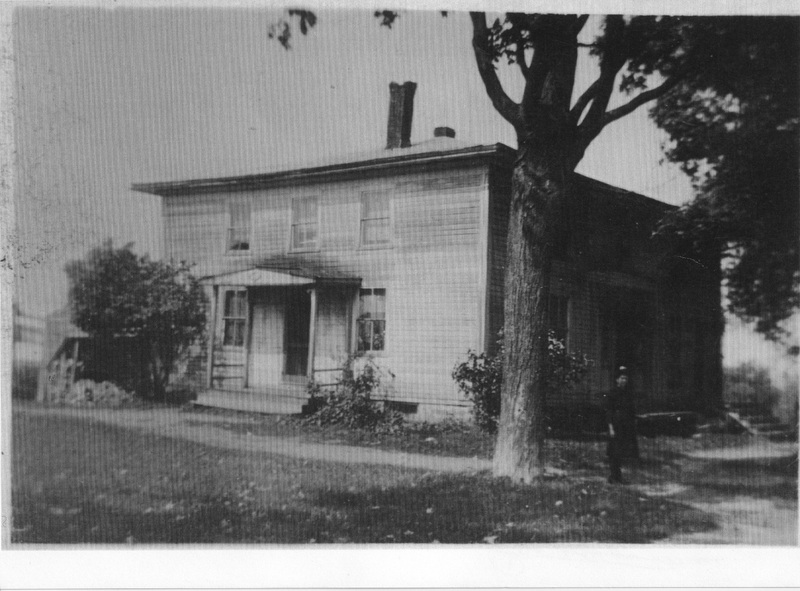 Ira King's intention was to offer travelers a place to stay the night not too far from Stanstead, an important relay stop on the Boston-Québec stagecoach route. He built his hostelry across the road from where the Kingscroft Catholic church is today, at the corner of chemins Kingscroft and Simard. 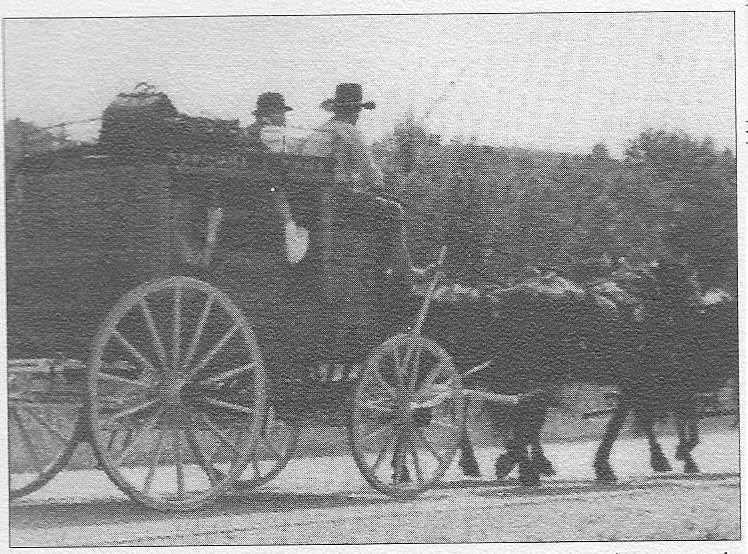 It was stagecoaches like the one pictured here that traversed the roads of Barnston and made their stop at Ira King's Hotel in the heart of Kingscroft village. 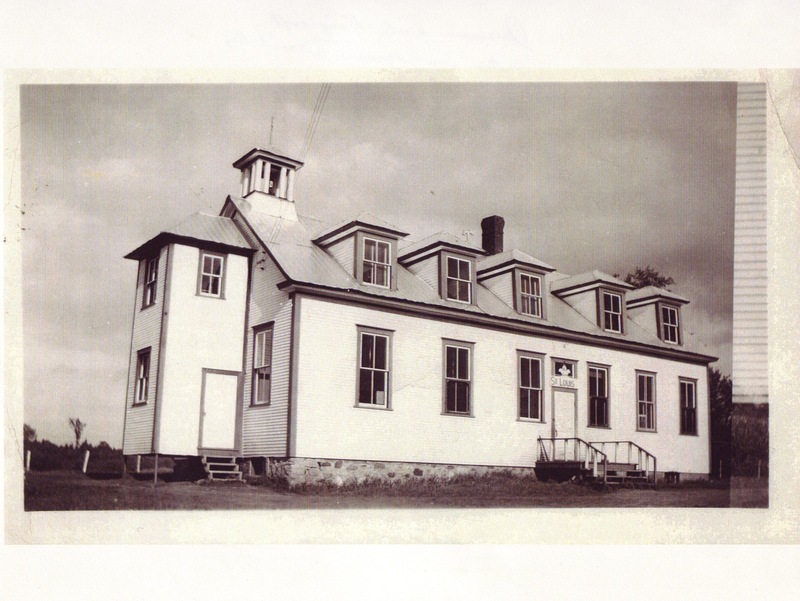 The St. Louis King of France School was built in Kingscroft in 1955 and was closed in 1968, at which time the children were transferred to the Barnston school. As a matter of interest, in 1940 one would have found some 17 young members of the same Veilleux family in the same classroom. 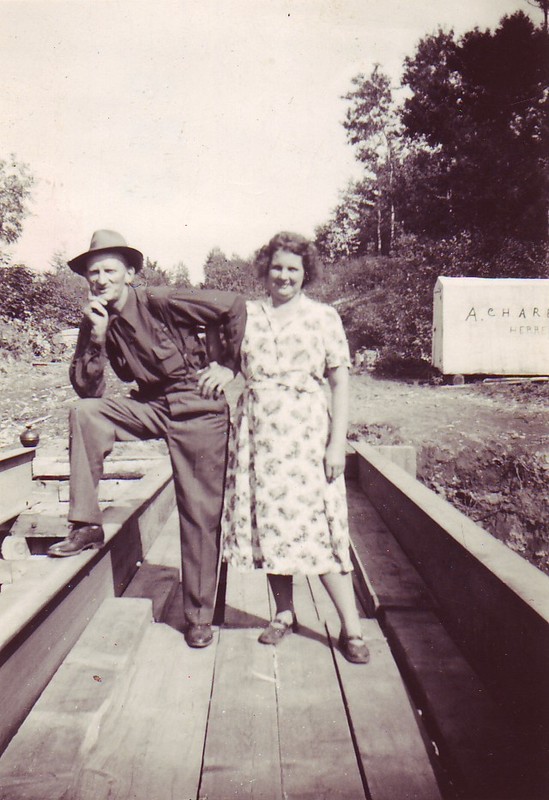 Besides working as a journeyman and caring for his Kingscroft farm, Josephat was taken on by the government as a bridge-builder. 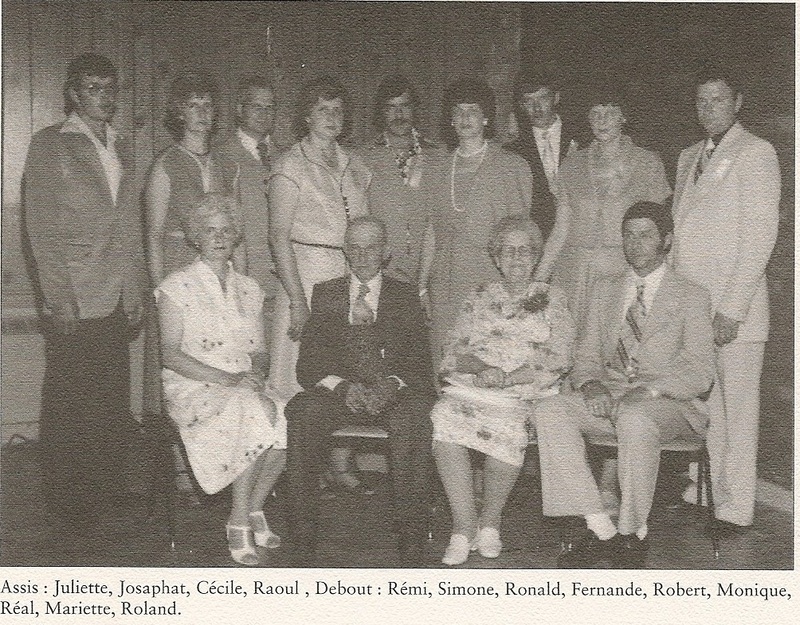 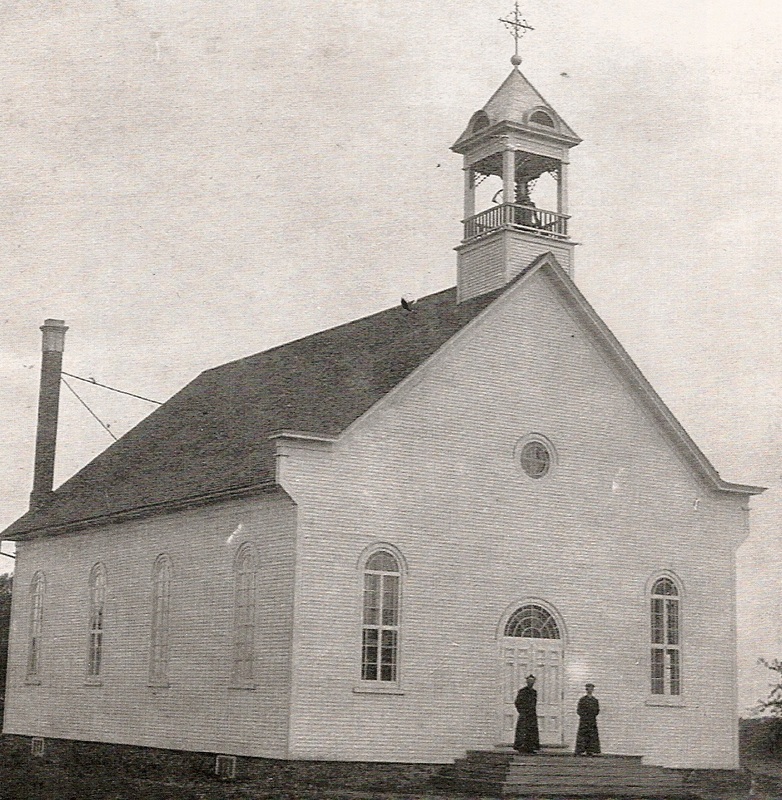 The first church in Kingscroft was built in 1904. Sadly, in 1911 it became a victim of fire. However, it was rebuilt the following year.
The church was very meaningful in the life of  Mme Veilleux. It remains today an important symbol of the resoluteness of its parishioners who have created of it an historic monument.

Cécile Dessaint Veilleux was born in Kingscroft in 1904, of a French-Canadian father and Swedish mother. She died in 2001 at the age of 96 and is buried in the Kingscroft cemetery.

Mme Veilleux is remembered for her energy, her many manual skills and her bent for business. When her husband went off to work for the government at the end of the 1940's building bridges, it was she who took on total responsibility of raising the eleven children. All of them were allotted tasks and cared for the family farm – activities which taught them to help each other. Mme Veilleux was an expert needlewoman and knitted the childrens' socks, jackets, pullovers and mittens. She certainly was not afraid of work. She baked bread and canned the produce of her garden, as well as meat – so that they would have food when the harvest was over. She turned over the soil, sheared the sheep, and made soap for the family.

In 1940, when Josephat purchased their first car, she learned to drive so that she could go to local markets to sell maple syrup, sugar, and “tire.”
Mme Veilleux belonged to the Filles d'Isabelle, (Womens' branch of the Knights of Columbus).

In 1980, Cécile and Josephat celebrated their 50th marriage anniversary. Josephat passed away in 1989; Cécile in 2001.