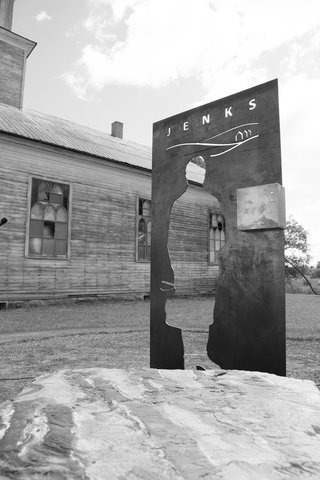 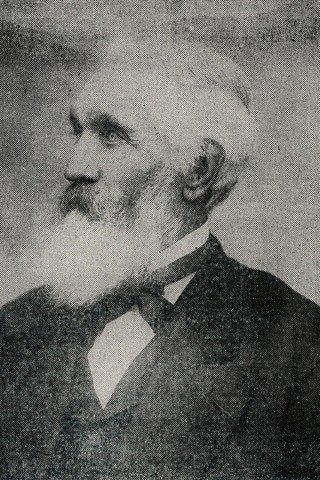 This country doctor, who came from Vermont in 1846 when he was only 28 years old, did not only get involved in the cause of health which required him to travel through the territory under harsh conditions, but was also very active in the development of Barnston Corner. 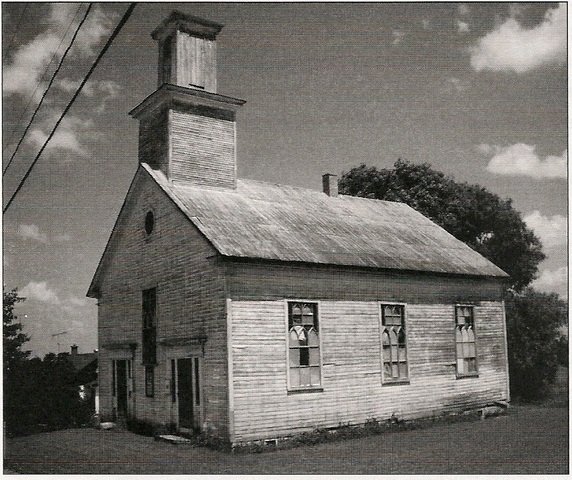 The land of the Baptist Church, erected in 1837, was given by Manda Cushing in 1835. It is the oldest religious building in the Coaticook RCM, and the oldest Baptist church in the Eastern Townships. 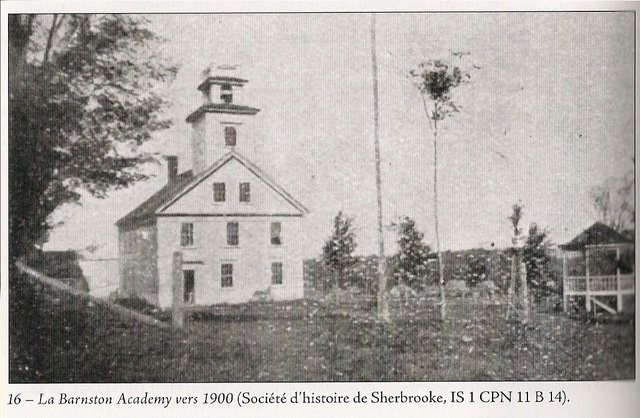 Nathaniel Jenks and the Baptist pastor Green got involved in building the first Academy in the Barnston county in 1851, which cost $1,200. 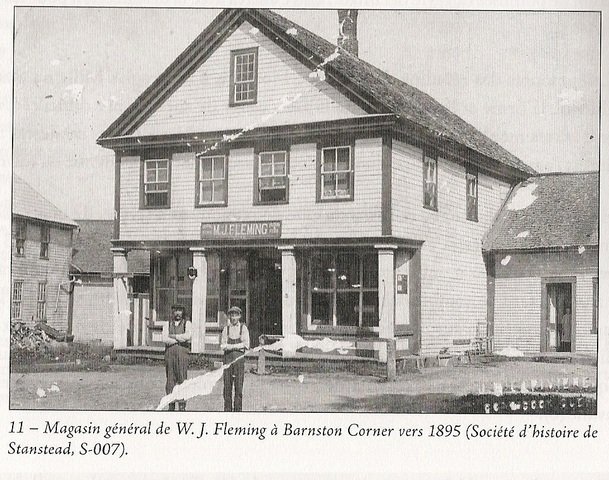 W.J. Fleming's general store in Barnston Corner in 1895. The town of Barnston Corner, thanks to its strategic location, plays an important role as a commercial point of service. 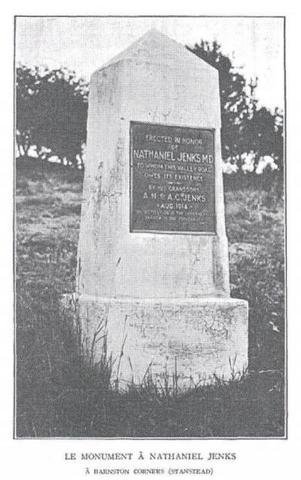 In August 1914, his grandsons, Archie and Abbot Jenks, dedicated a commemorative monument in his name in Barnston Corner. The inscription reads: "Erected in honour of Nathaniel Jenks, a medical doctor, to whom Valley Road owes its existence..." 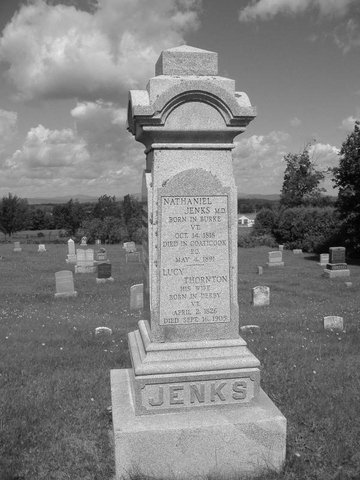 Nathaniel Jenks was buried in 1891 in the Pleasantview cemetery, close to the catholic cemetery.

Nathaniel M.Jenks was born on October 14th, 1818 in Burke, Vermont, and he died in 1891. He studied in the Lyndon Academy in Vermont and continued his medical education at the Vermont Medical College in Woodstock. Nathaniel Jenks is an important pioneer in the Barnston Corner community. As well as offering his services as a doctor to the inhabitants, he was also a farmer, a mayor, the founder of the academy and the Baptist church. He was also part of the development of the streets.

In 1846, he settled down in Barnston Corner where he opened his doctor's office. He was 28 at that time. The next year, Jenks married Lucy Thornton. They had four children together and Madam Jenks died after giving birth to their daughter Minnie, in 1861. Doctor Jenks got involved in causes he cared about. That is why he didn't hesitate to travel through the territory under harsh conditions to go treat his patients.

Convinced that it was necessary to offer the best possible education to the kids, he got involved with pastor Green in building the first Academy in Barnston county. Aware of the importance to be able to get around through the county, he intensified his efforts to have the Valley road built, the present route 141.

His daughter, Minnie, married Claude Baldwin. His grandsons had a commemorative monument built in his honour in Barnston Corner: "Erected in honour of Nathaniel Jenks, a medical doctor, to whom Valley Road owes its existence..."