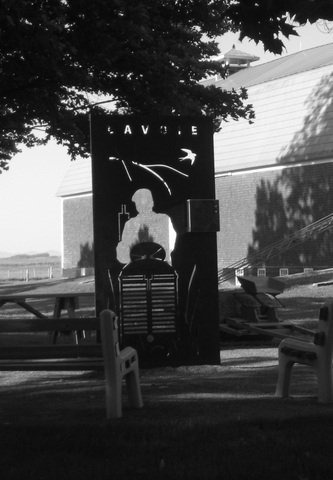 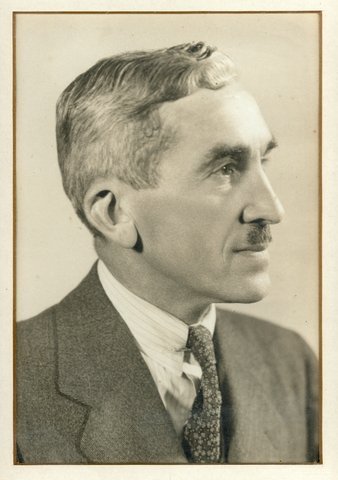 Born in Saguenay from a sailor father, then farmer, Mister Lavoie studied in forest engineering at Université Laval. He then had a career in Rivière-du-Loup. In 1940, he purchased the Ferme-du-Plateau in Coaticook. 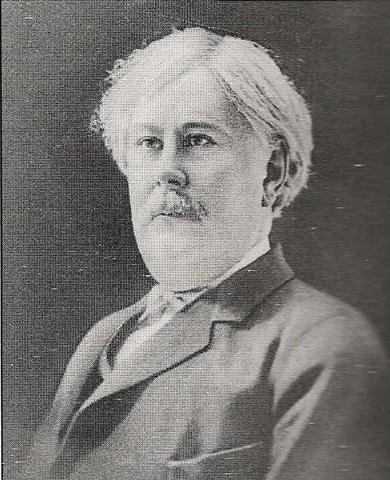 Eugene Orson Baldwin (1866-1939), son of Ozro O. Baldwin, was a customs official, an electrician, a photographer, a gentleman-farmer, the mayor of Coaticook, and an author before building the Ferme-du-Plateau in 1912. 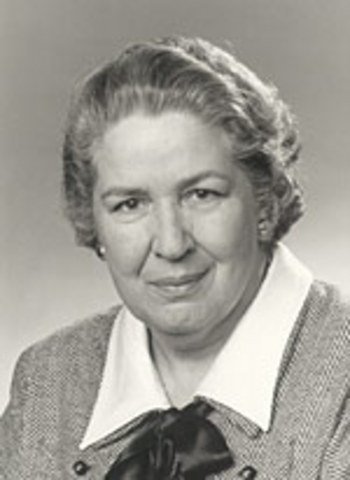 Lauréat Lavoie's daughter, Thérèse Lavoie-Roux (1928-2009) was a social worker and a therapist teacher in several hospitals and schools before becoming a Liberal MP in Quebec, minister of Health and Social Services, and finally senator. 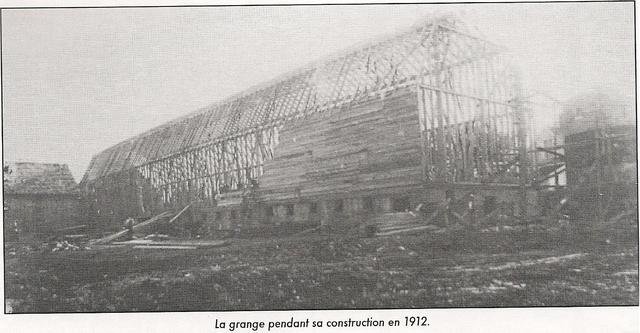 Later, the barn was enlarged at 340 feet (103.6 meters). Back then, it was considered to be the longest barn of the Commonswealth and it housed one of the biggest herds of Jersey cows in Canada.

The barn was made with several innovative functionalities like sixteen skylights, seven tin domes and a very sophisticated maple leaf decoration on the roof. 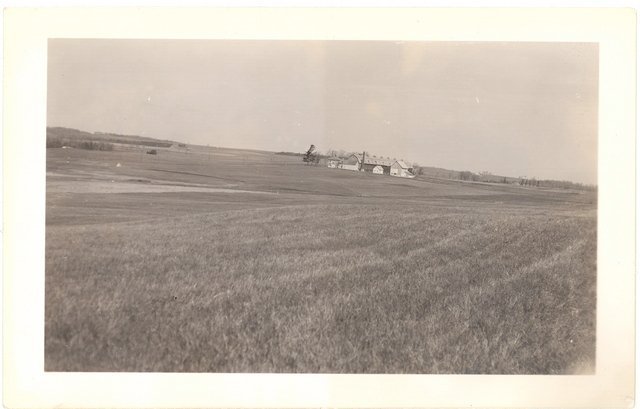 Bernard Lavoie with the Hay 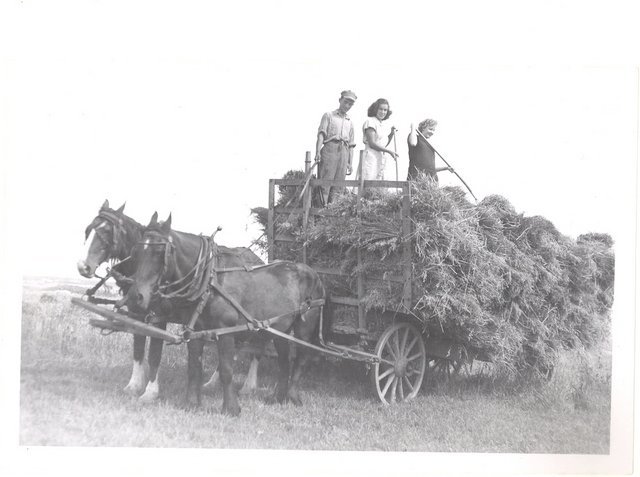 From left to right: Bernard Lavoie, his sister Suzanne and a friend of hers haying with the horses, in 1944. 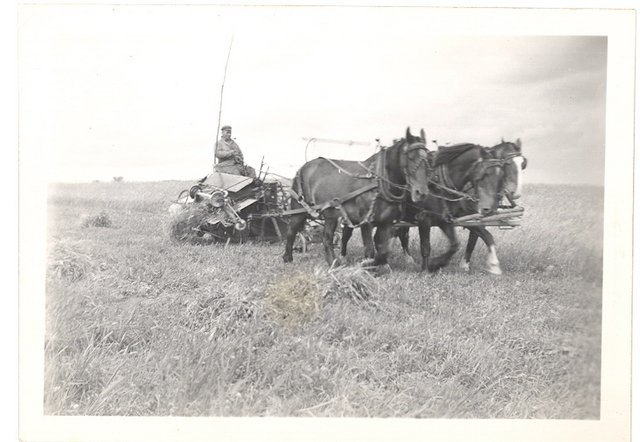 Three horses harnessed to a harvester in 1945. Driver not identified.

Haying times at the Ferme-du-Plateau 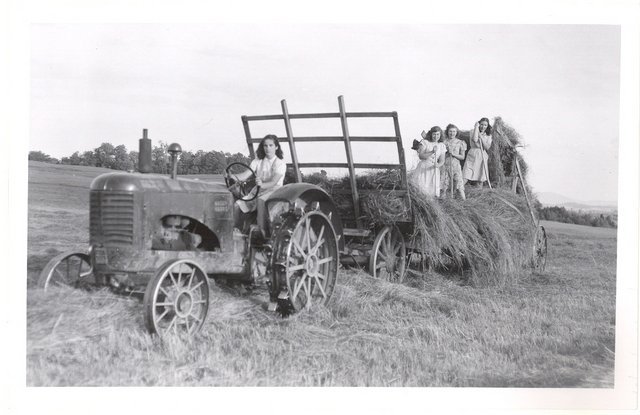 Young girls haying with a loader in 1945. The steel-wheeled tractor is driven by Claire Lavoie. On the cart, from left to right: Hélène Bélanger, a friend of Thérèse Lavoie, Jeanne d'Arc, and Thérèse.

Lauréat Lavoie on a tractor 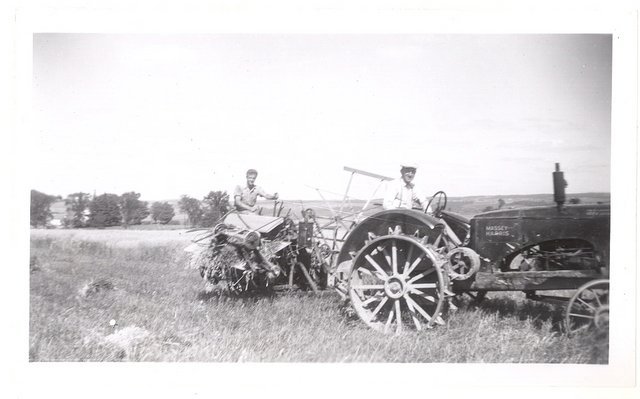 Lauréat Lavoie drove the tractor, and his son Jacques took care of the harvester, in 1944-45. 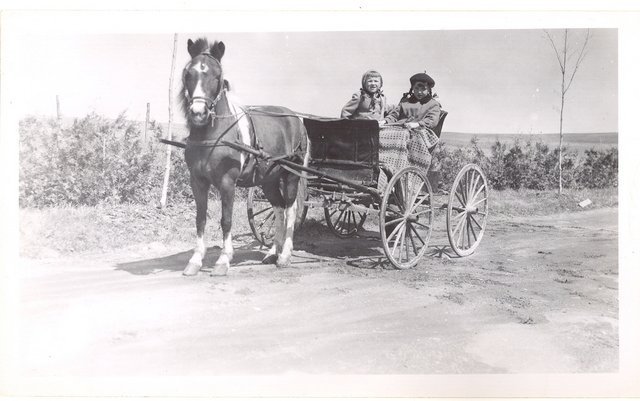 Lauréat Lavoie was born in 1890 in Saguenay, specifically in Grande-Baie and died in 1971 in Coaticook. Graduate from the first cohort of forest engineering of Université Laval, Mr. Lavoie first worked for the Quebec ministry of Land and Forest. He was also part of a group who participated in the inventory of the forests in the north of Lac-St-Jean. These excursions also included Native Americans who guided them since there was no road to get there. This was done with canoes and portage.

He met his wife Charlotte Dubé in Rivière-Du-Loup and married her in 1922. Five children were born from this wedding, three girls and two boys. They showed great interest for agriculture.

The Baldwin farm that Lauréat Lavoie renamed "La Ferme-du-Plateau" remains a key element of Coaticook's landscape. Mister Lavoie purchased the Ferme-du-Plateau in 1940 to establish his sons Jacques and Bernard there. However, it's in 1943 that he settled there with his family. Until that date, they worked there during the summer vacation. Despite a certain skepticism from the Coaticook population as for the success of this family, Lauréat Lavoie and his sons managed to recreate the barn's cachet. They did important work in the building itself, but they also established a herd of purebred dairy cows that were sold worldwide.

Lauréat Lavoie died in 1971 at the age of 80. It was Bernard, his younger son, who took over the family farm business because his brother Jacques was already redirected in another field since several years. Bernard made the barn work for over twenty years, but since none of his children was interested in agriculture, he sold the farm to the city of Coaticook in 1989. Because of it's particular American-inspired architecture, the barn was declared a heritage building by the city of Coaticook in 1999 and a non-profit organization (Le centre d'initiatives en agriculture de la région de Coaticook) turned the place into a renowned farm school.