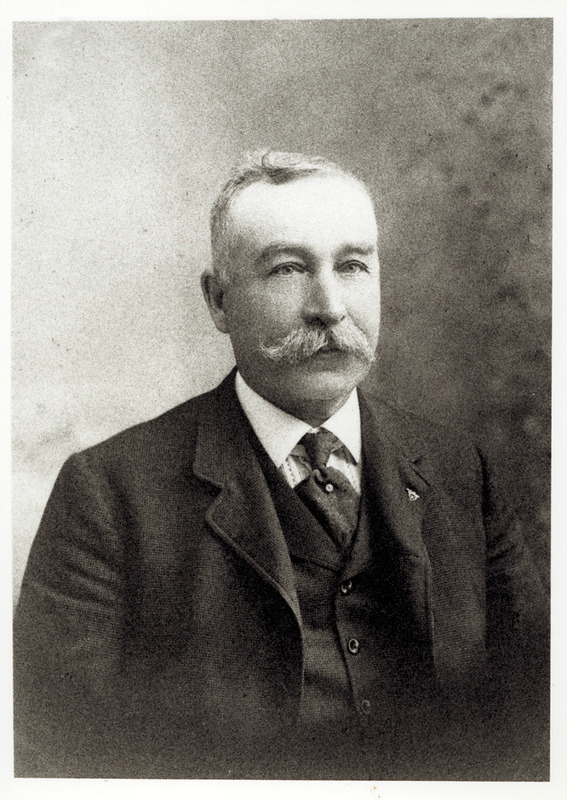 Arthur O. Norton was born in Kingscroft. He forged an international reputation as a jacks manufacturer for the rail industry. His factories were located in Boston and in Coaticook.

In 1870, he married Helen Richardson from Coaticook. The couple had two children. 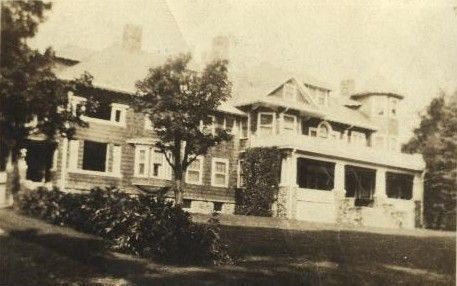 The Norton castle, Arthur Osmore's dream home, was built in 1912 by the contractor and builder Charles Henry Robinson. The building remained in the family for 30 years. 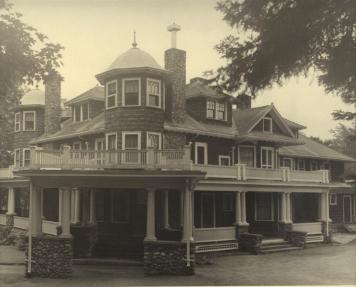 In 1942, the Norton castle became a boarding school for young girls from the Anglican Church of Canada. It was called the Bishop Mountain Hall. 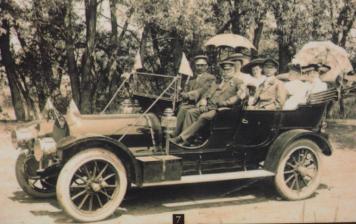 The Norton family was very wealthy. It was one of the first to own a car, like this one. 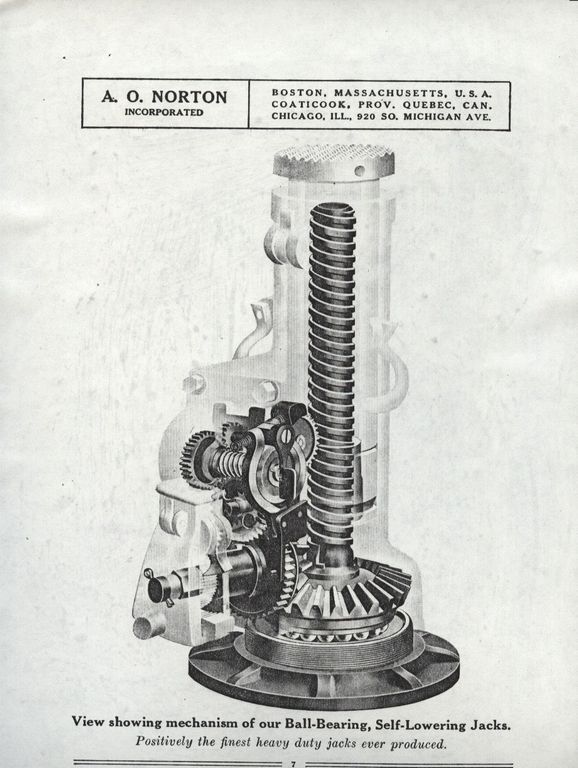 Arthur O. Norton made a fortune with his jacks designed for railway worksites. A diagram explaining the jack produced by the A. O. Norton Company. At the beginning, the mechanism was pretty simple to keep an easy manoeuvrability.

The Patent for the Jack 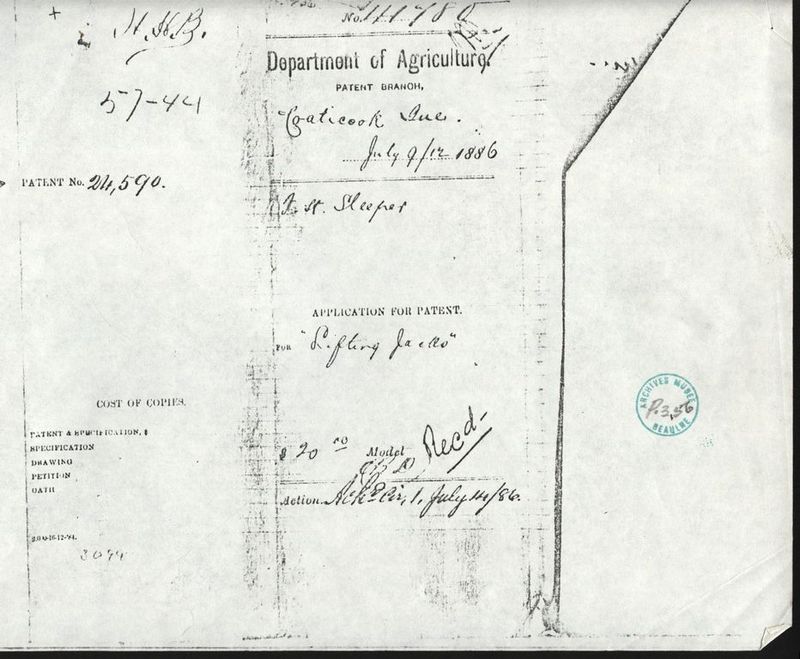 The contract that attests to the sale of the patent for Frank Sleeper's jacks to Arthur Norton. 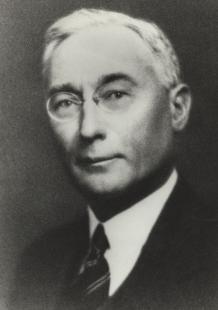 Harry Norton, Arthur's son, quickly became the right-hand man of the company and sold it soon after his father died to remain a stockholder. 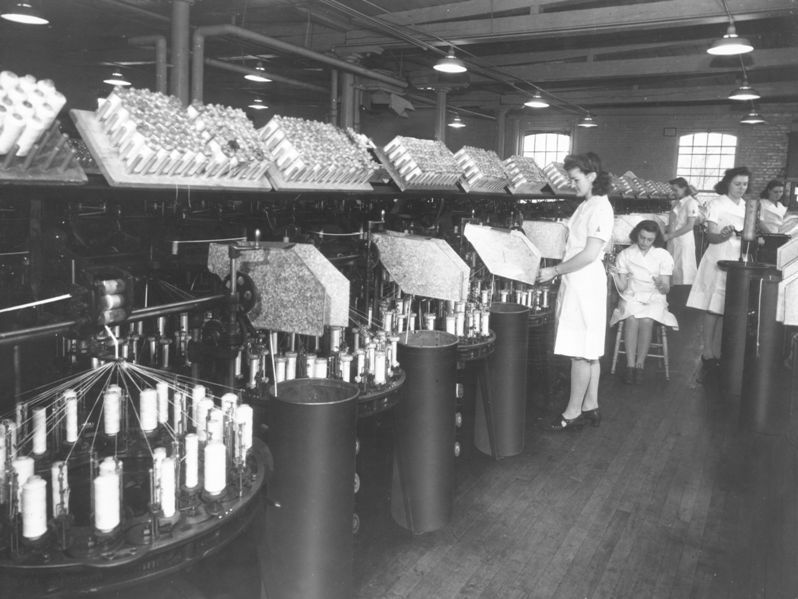 Machinery used to make rubber bands in the Belding Corticelli. 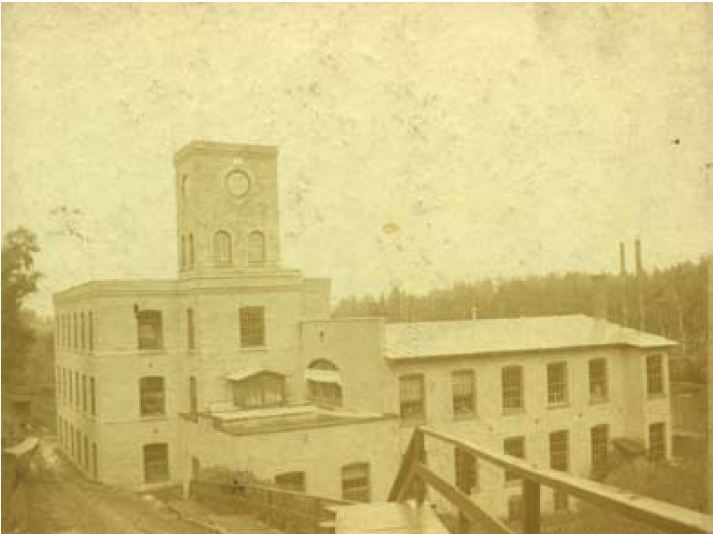 The Belding Corticelli was functional between 1873 and 2004. The factory was part of the numerous textile factories that contributed to Coaticook's great reputation. 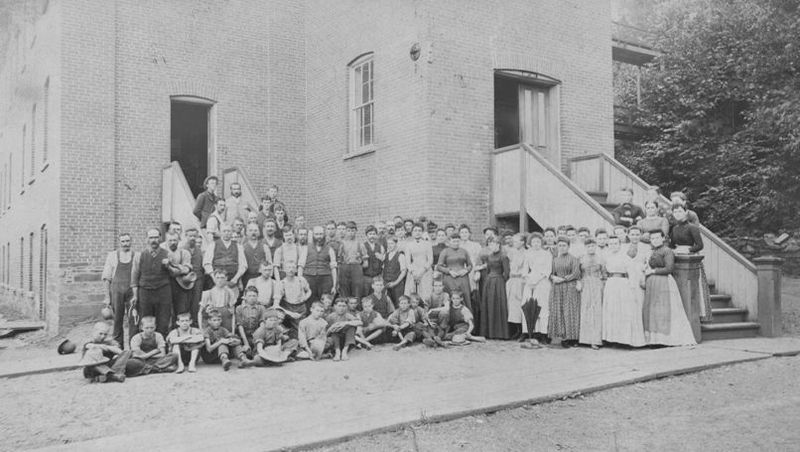 Penman's factory was built in 1871. It produced winter clothing and shoes.

The Sleeper Factory in Akhurst 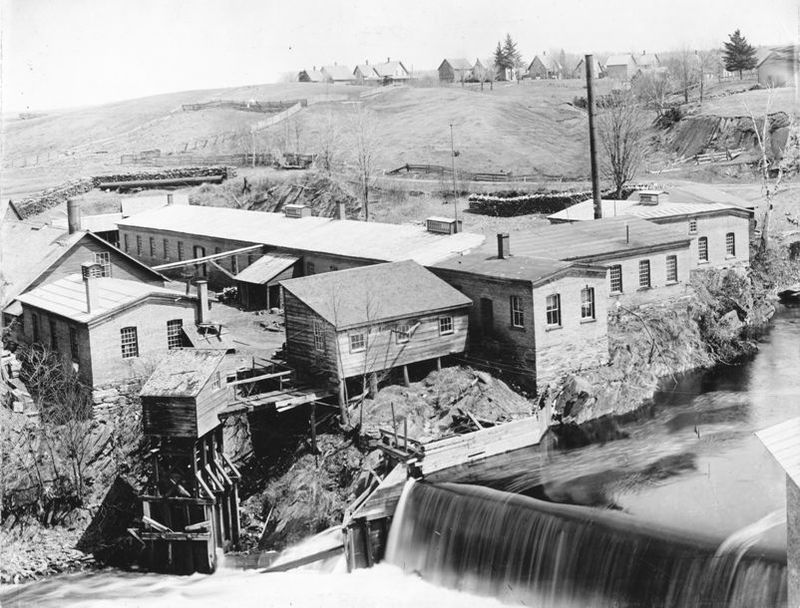 The factory founded by Sleeper and Akhurst in the 1860s-1870s was one of the first to be activated by an electric power. MM. R. Roy and E. Yves purchased it in 1891 and this factory became the Coaticook Electric Light & Power. 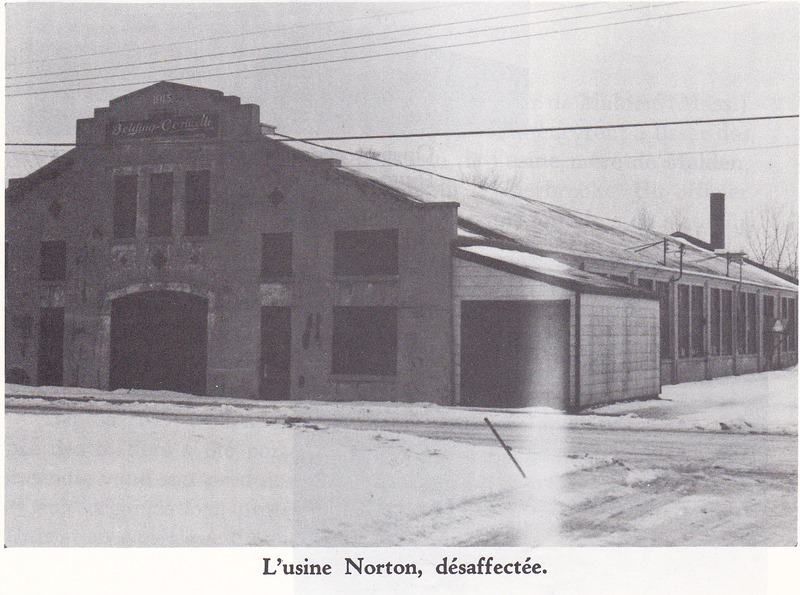 The Norton factory on Cutting street. During the first war, several factories, some of which belonging to Norton, were called upon to contribute to the war effort.

In the great lineage of prosperous pillars of Coaticook, Arthur Osmore Norton was one of those who left a deep mark. He was an important player in the arrival of the train in the region, especially with his company of jacks for railroads.
He was a man modelled on his time: determined, brave and generous. He purchased Frank Sleeper's concept of the jack which had a simple to make the railroad workplaces laborers' work much easier.
Money wasn't missing at the Nortons. The couple, formed of Arthur and Helen Richardson, married in 1870, had two children and bequeathed, in addition to the Norton castle, several memories from their stay in the region.
Admittedly, the Norton factory was a compay with a great productivity, but it clearly wasn't the only one. Indeed, Coaticook was for a long time the home port of several textile industries like the Penman's or the Belding-Corticelli. These companies came to settle on the river banks to have access to the necessary energy for their factories to function.
Since the region was not immune to wars, most of these industries had to change their production during international conflicts to help the war effort. So several textile industries started producing uniforms or military equipment and other factories often produced pieces of army artillery.
Harry Norton, Arthur's son, was his father's right-hand man to manage the company. They had the Coaticook factory, but they also had one in Boston. When his father died in 1919, he took over the company, but sold it soon after.
Source: Beaulne museum, Anne Dansereau, D'hier à aujourd'hui: l'industrie à Coaticook.