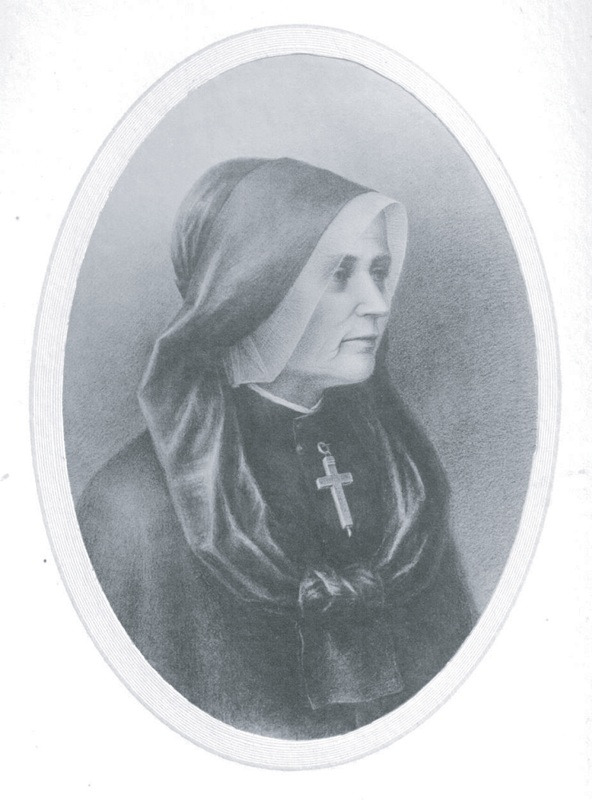 Sister St-Louis was the first director of the convent of the sisters of the congregation of Presentation of Mary in Coaticook in 1870 as requested by priest Chartier. It was a French community who arrived in the country in 1853 and settled down in Saint-Hyacinthe. This convent is the 2nd oldest in all the Eastern Townships. The first one is the convent of Congregation of Notre Dame, founded in Sherbrooke in 1857. 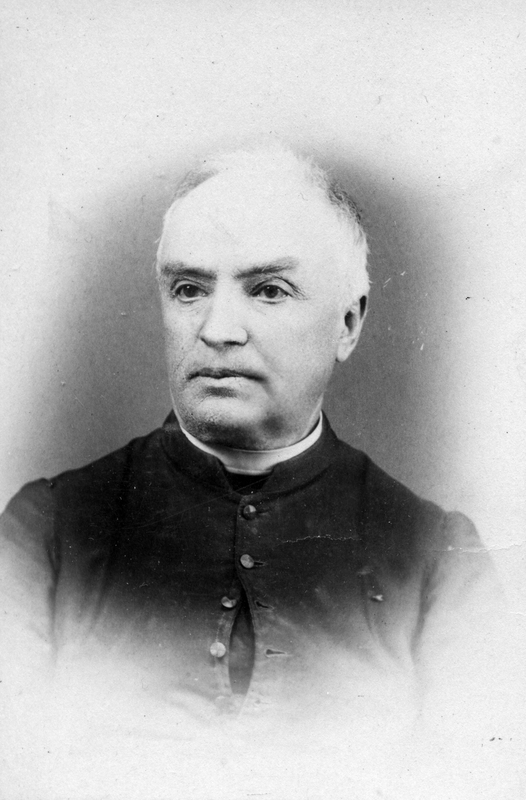 The abbot Chartier is one of the great builders of the city of Coaticook and even in the county of Compton. He was named a colonization agent in 1870. He published a brochure in 1871 in collaboration with the lawyer J.A. Chicoine from Sherbrooke where he exhorted the French Canadians to settle in the countries of Stanstead and Compton. 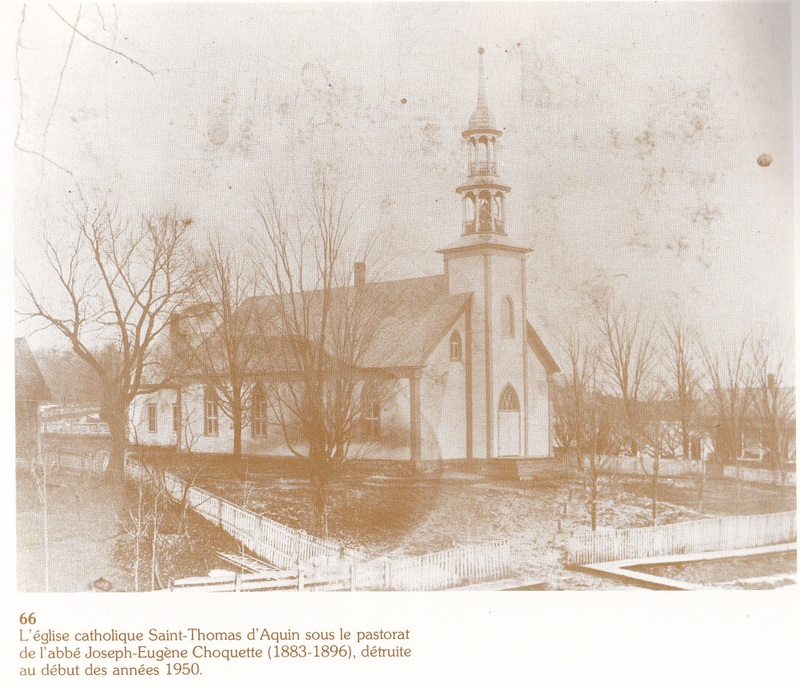 The church of the St-Thomas-d'Aquin parish in Compton where the abbot Chartier was a priest from 1863 to 1868. 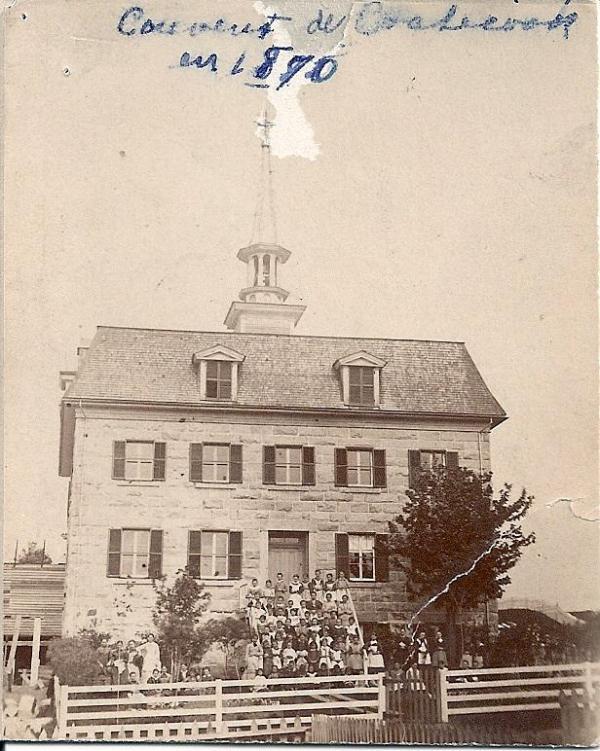 The abbot Chartier paid for the construction of the convent. This picture from 1880 is the original version of the establishment.

The Convent of the Presentation of Mary Sisters 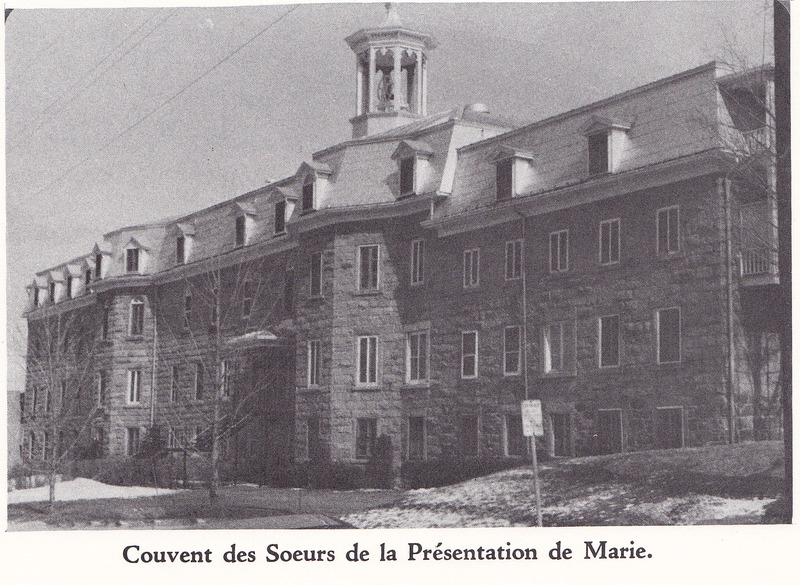 The convent of the sisters of the Presentation of Mary was extended several times, but the original is still standing today. 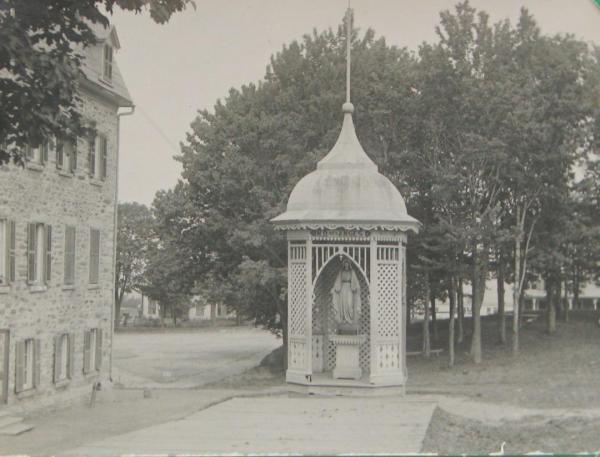 The convent welcomed several hundreds of students. Sister St-Louis educated a lot of them. This statue behing the convent has now disappeared. 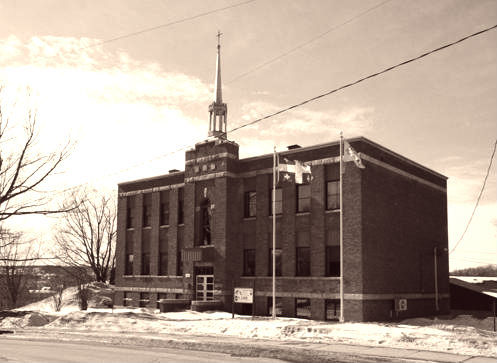 The St-Edmond school built in 1931 has been housing the offices of the RCM of Coaticook since 1997. 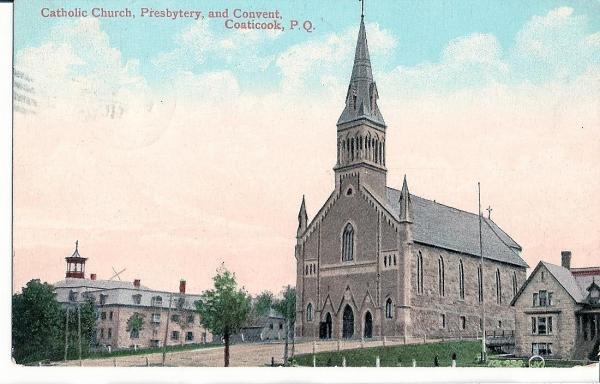 The St-Edmond de Coaticook churh was inaugurated in 1888 during the Great Depression of 1873-1896 that plunged abbot Chartier and several other businessmen and merchants in bankruptcy. 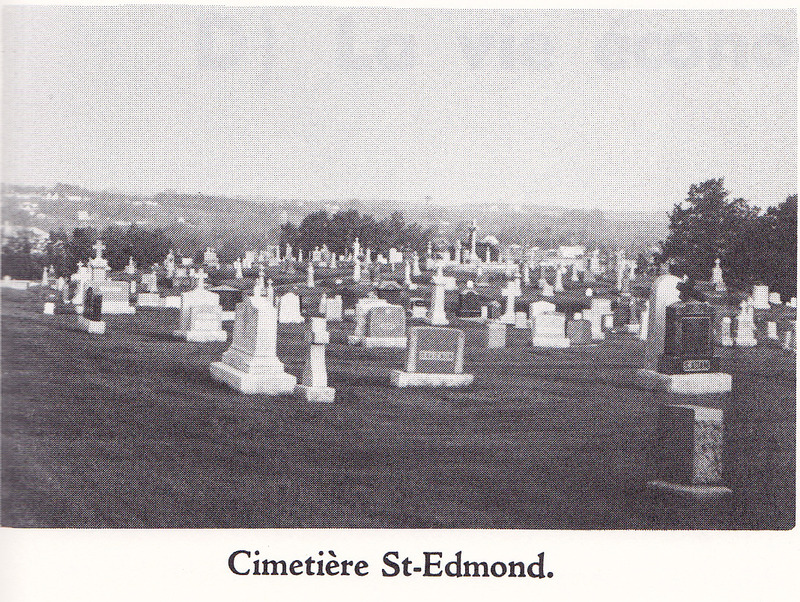 Inaugurated in 1868, the St-Edmond cemetery is full of memories of pioneers from Coaticook's first hours. 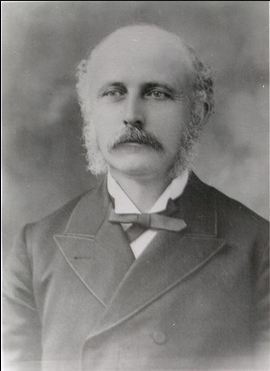 The notary Gendreau helped a lot with the development of the municipality. He became the mayor in 1884. He gave his help to repatriate the property of the convent.

Sister Saint-Louis de Gonzague was born in 1837. She was the first director of the convent of the sisters of the Presentation of Mary in Coaticook. She worked there from 1870 during the first four years of the convent and for a 11-year period, at the end of her life. Under her watch and with the collaboration of other nuns who came with her to Coaticook, the teaching is bilingual and boarders and day students are welcomed in the new buiding that soon had to be extended according to the original plans to welcome more students. The sisters also offered a teacher training to those who wished to practice this demanding job at the time considering the very hard socio-economic conditions of the population.

However, with the extensions, there were moments that were much harder; during the economic crisis, the convent almost had to be shut down. Indeed, if it hadn't been of the dues that the boarders had to pay and the numerous fundraisings organized by benefactors, there would have been no money entering the convent coffers which suffered from financial woes that priest Chartier went through in 1875.
Now, the convent has become a private college that welcomes boys and girls. It is now named the River College, in honour of the founder of the congregation.

Abott Chartier was born in 1832 and was ordered a priest in 1856. He was named priest of the St-Thomas-d'Aquin Church in Compton in 1863 and he was until 1868. Afterwards, he was the priest of the Coaticook parish where he did more than his liturgical mandate.

This original priest distinguished himself by his business expertise. In addition to establishing shops and companies in the village of Coaticook, he managed, between 1868 and 1877, to have a chapel built, which was soon extended since the expanding region kept bringing more parishers to the mass. He also had his chapel's presbytery built.

Back then, as opposed to the Protestants in the region, the Catholic children and for most of them Francophones of the municipality couldn't be educated. So the priest Chartier founded himself a Catholic school board to then build a school devoted to the instruction of childrens of the parish. The construction of the convent that welcomes the sisters of the Presentation of Mary was based on similar principles. Thanks to his efforts, the congregation settled in Coaticook in 1870. In addition to working hard for the education of people of the region, he then took a multitude of initatives that contributed to the economic development. Until the crisis of 1875 which appalled him, he was the owner of a sawmill and of several lands that he bought to populate the region.

Despite this financial collapse which almost led to the loss of the convent, the sisters as well as the population of Coaticook had an infinite gratefulness for the hard work of the renowned priest and for the development of the parish and the municipality. Coaticook chose to honour his name: the Chartier Park is today a place where people meet right next to the town hall.