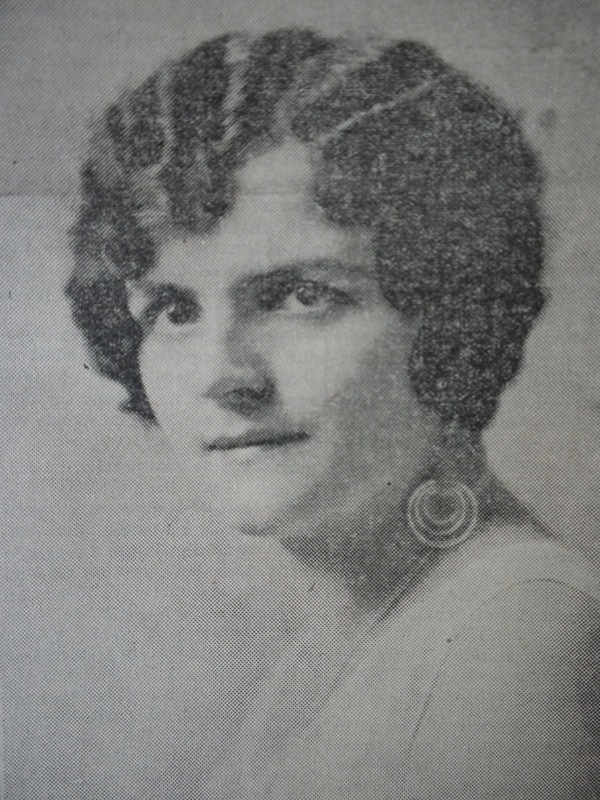 Opera singer in the 1920s-1930s, Jeanne made her father, Denis-Stanislas Bachand, very proud. He was a prosperous merchant who contributed to the cultural and economic development of the Francophone community of Coaticook in the 20th century. 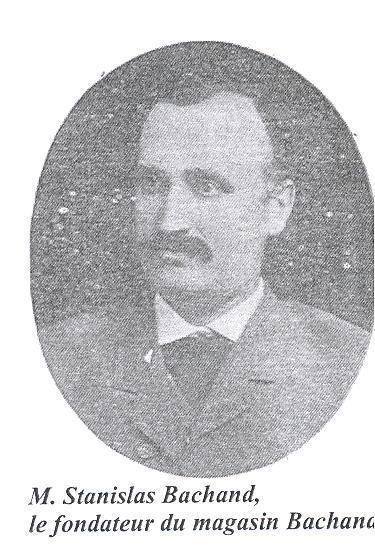 The Bachand grandfather was the founder of the family general store that remained in the family until 1960. Just like his son Denis, Stanislas was known to be very generous, even making sure his competitors were well set up. 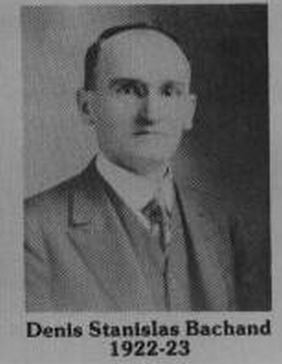 Jeanne's father, Denis Stanislas, was a prosperous merchant from Coaticook. He was also known for personally helping the community and the farmers during the economic crisis in the 1930s. 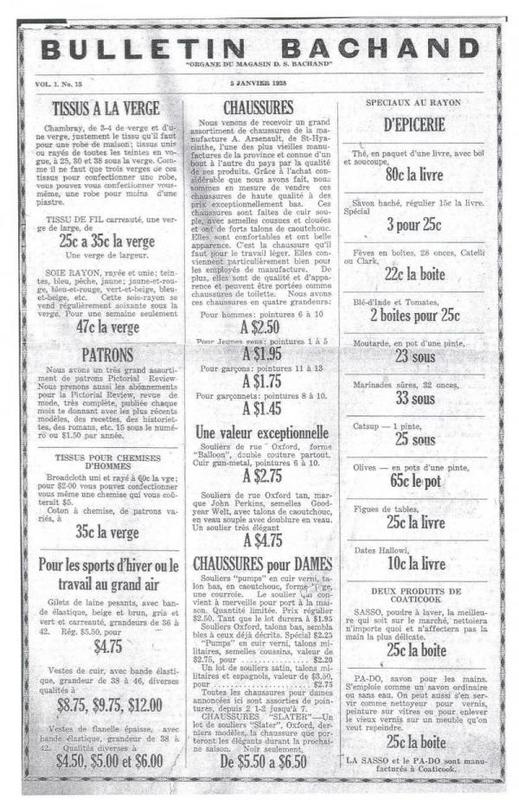 Circular of the Bachand general store in 1925. Promotion articles of that week can be found. The Bachand store was one of the biggest in the region back then. In 1936, the establishment received the Medal of the Foreign Affairs handed over by the population of the region and by France for D.S. Bachand's commitment for the art of the region.

Thanks to its large surface and its varied inventory, different savings and big promotions were frequent. This promotional poster of the "Shoes Week" proves it. 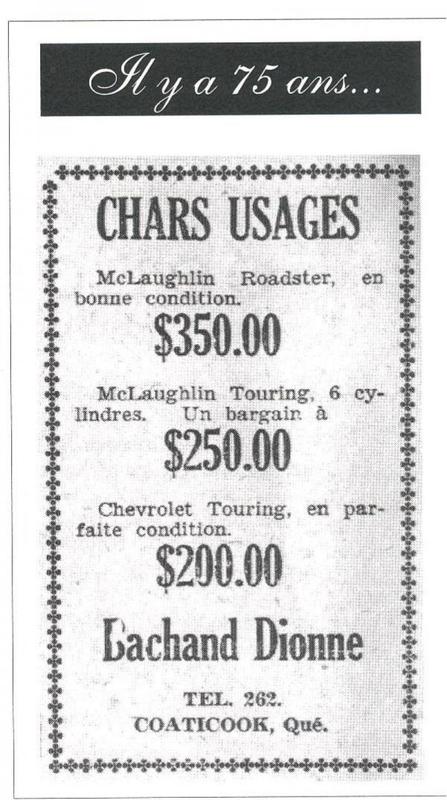 As a prosperous man, Denis Stanislas Bachand was also the owner of the first car dealer in Coaticook. Back then, there were on average only one car per household. 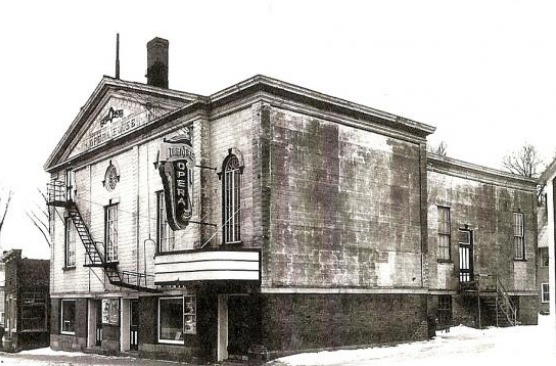 Jeanne Bachand-Dupuis performed several times at the Coaticook opera house. This theatre was, in the mid-19th century, converted into a movie theatre. 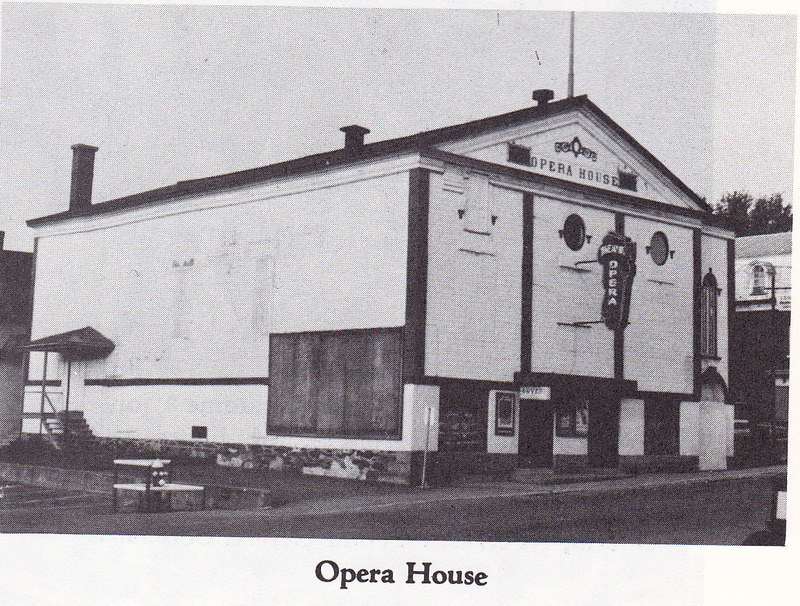 The Opera House of Coaticook, located on Main West street, was open from the early 20th century to 1981.

Jeanne at the Theatre 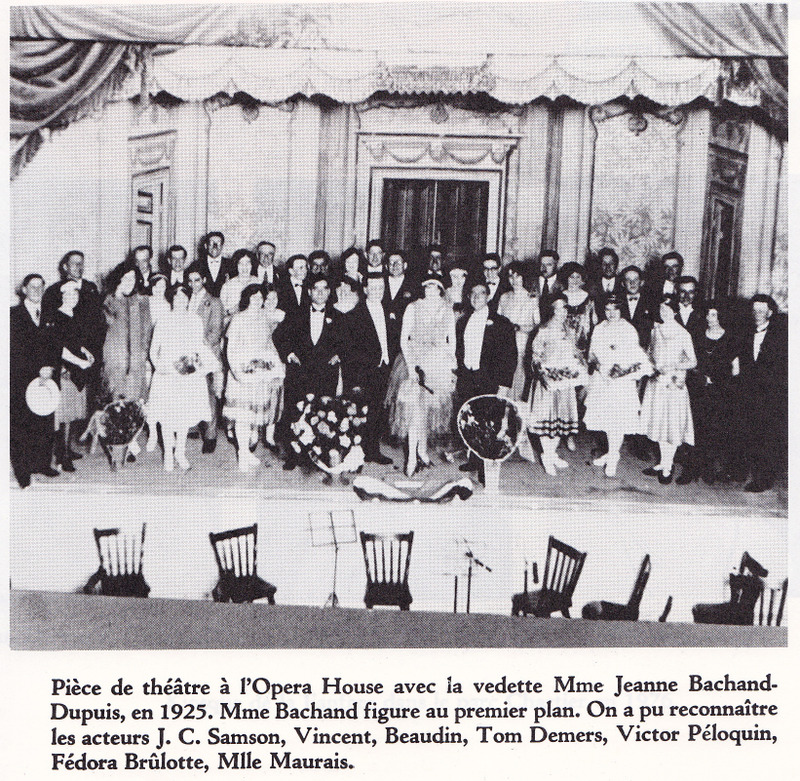 A theatre troupe in which Jeanne Bachand played in the 1920s. She was the star in a multitude of productions.

Descendant of a lineage of prosperous merchants, Jeanne Bachand was disposed to remain in the collective psyche of the people of Coaticook. She left her mark in the annals of both the city and opera.

In 1920, she married Adélard Dupuis. The couple only had one child, a girl named Marguerite. She was quickly initiated to music in her youth by studing at the convent of the Sisters of the Presentation of Mary.

In addition to performing to the biggest concert halls in Quebec with her voice and her talent, she really helped the musical institutions in Coaticook. She was the headline act of Coaticook's Union Musicale to become the nationally known singer. In the 1920s, she won fame in Coaticook's Opera House, then she distinguished herself in several opera houses and theatres, and she organized, at her place, several garden parties to raise funds destined to organizations of the region. Following her father's example, she was very involved in the well-being of people in her region.

For that matter, he was very important in the region. With his general store, his garage and his mandate at the town council in Coaticook, he was a pillar of the municipality's history. In 1936, he won a medal of Foreign Business for his commitment in his society. Jeanne Bachand took over the family store during a few years to pass the torch to her own daughter who shut it down in 1960.