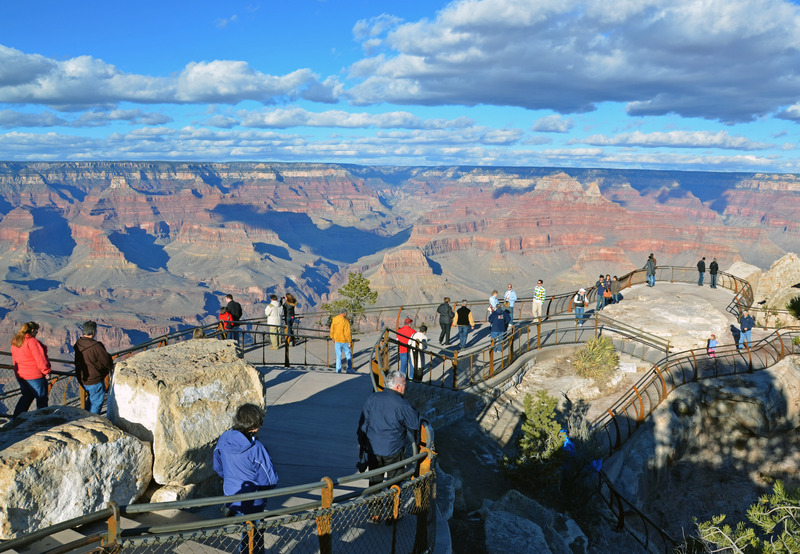 All the buses stop at this point, and you can get here on foot with the Rim Trail. It is very crowded during daytime: you should come in the morning to witness, if the temperature allows it, a spectacular sunrise. You can see the Zoroaster Temple, as well as the Vishnu Temple looking west. This temple can be seen from different angles: its profile changes as you go east. Viewed from the side, the difference is striking. You can be amazed by the 16-km distance between this place and the North Rim. 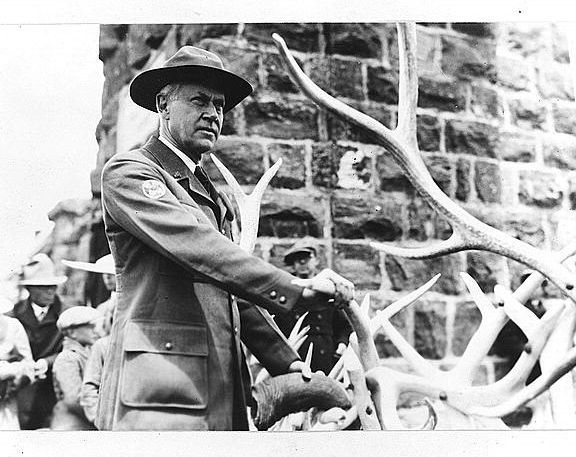 Mather Point owes its name to Stephen Mather, the first director of the National Park Service and one of the main militants to establish a Grand Canyon National Park. His work in the borax industry made him a millionaire, and his favorite pastimes were hiking and mountaineering. Later, he was part of the campaign to create one federal agency who would supervise all the national parks, which, at the time, were managed by several agencies, like the Forest Service and War Department. His plea and his influence played an important part in the creation of the first National Park Service in 1916. As a reward for his effort, in May of 1917, Mather was named the first director of the National Park Service. Mather believed that the views of these wonderful sceneries of an unusual beauty had to be preserved. He also encouraged the development of tourism by cooperating with railroad companies and dealers to help the visitors to get to the remote parks. He also spent a great amount of money to build essential infrastructures in several parks.

In 2000, the NPS opened the Canyon View Information Plaza, a new visitors center, south Mather Point. This site offers indoor facilities of programs, a library, food sellers, and various outdoor exhibitions offering a variety of information on the park and suggestions on what to see and what to do.

The NPS is currently working on improvements for the visitors of Mather Point, like an amphitheater, adding a new shuttle bus and picnic areas, and creating new parking lots.