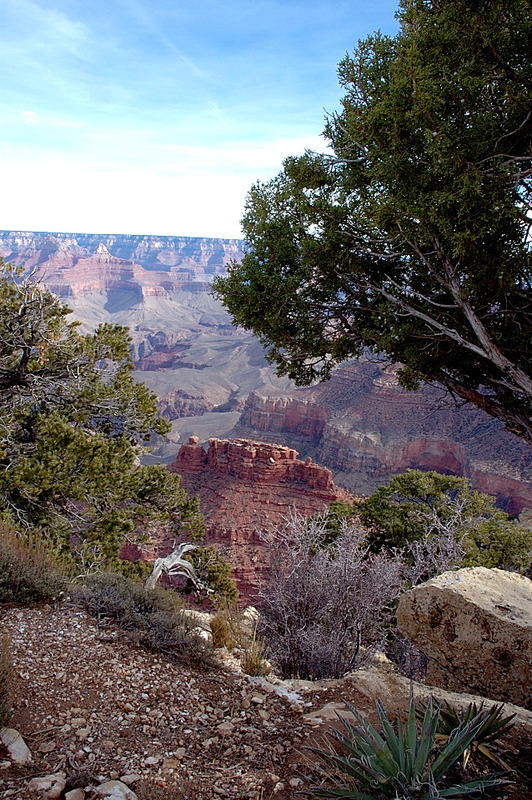 From here, you can see the Canyon from west to east. Powell Point owes its name to a Grand Canyon explorer, John Wesley Powell. This point is adjacent to Hopi Point, but it is less visited and less crowded. This is the perfect place to gaze at the sunset.

The Congress that dedicated this commemorative monument considers Powell as "the first explorer of the Grand Canyon". However, this praise is false, as later generations realized it. Humans were living in the Grand Canyon years before Powell put his first boat in the waters of the Colorado river in 1869.

The Science newspaper in 1916 described the commemorative monument as: "a structure that looks like the sturdy and vigorous personality of the man and the enormous ravine it gives onto".

The Congress allocated 5000$ in 1909 for a commemorative monument in honor of Powell for his services as director of the U.S. Geological Survey. The original vision was a roman chair, facing the Canyon, but a landscape engineer chose to design the altar decorated in an Indian way, with rough stone.