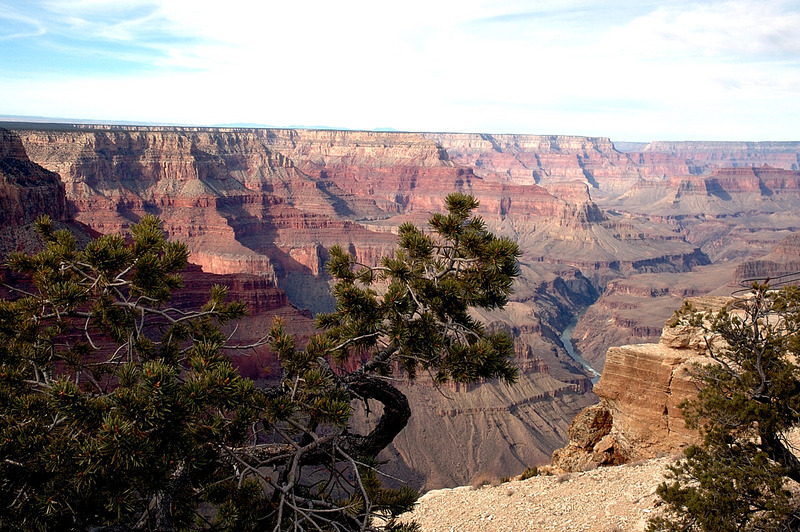 The view on the rock layers and the powerful gorge is wonderful. This point has been recommended by the rangers and the tourist guides for a hundred years. The place is perfect to see the sunrise and the sunset, as well as everything in-between. It's one of the most popular viewpoints because of the width of the field of vision. From the West, you can see the Colorado river. Toilets are also at the visitors' disposal. 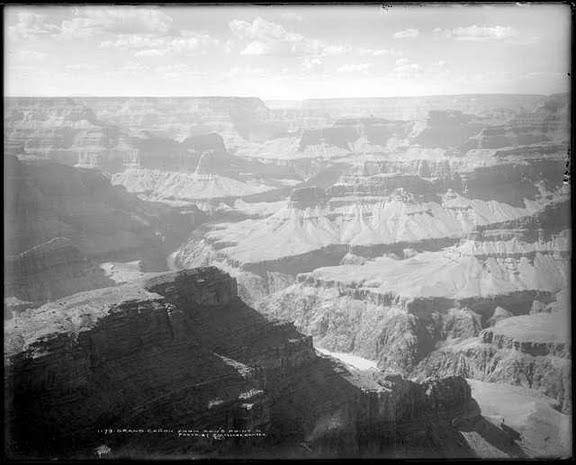 One of the first Euroamericans to visit what is today the Grand Canyon is Sanford Rowe. Other colonists and him spent a few years building trails along the South Rim to connect picturesque points together and to the roads leading the tourists into the Canyon. In 1914, William Wallace Bass announced that he would take the Village guests to Hopi Point in a trailer for a dollar, telling his guests his own version of the creation of the Canyon on the way.

Rowe's establishment was never as popular as those of other tourism operators, but the site where he chose to camp remains an important point along the South Rim.

L.C. McClure from Dever photographed between 1905 and 1910 the placed that was once called Rowe's Point. Credit: Western History/Genealogy Department, Denver Public Library. 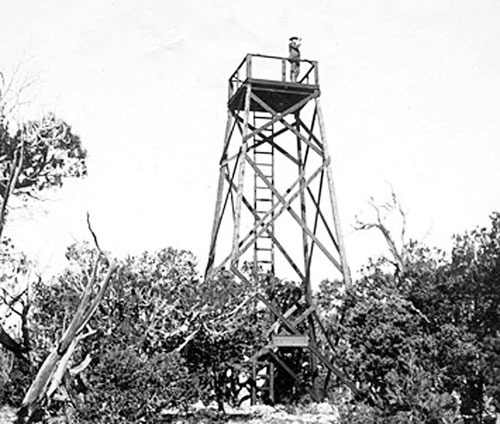 From 1909, the Forest Service built a crow's nest on top of a tree at Hopi Point to watch the forest fires. This watchtower is apparently the first of its kind in Arizona. In 1927, the National Park Service replaced it for a 12-meter steel tower, which was reduced to 7 meters in 1953 when the tip was rebuilt.

In 1935, construction crews completed the eastern portion of the West Rim Drive by realigning old roads for them to meet at Hopi Point before going to Hermits Rest. This was the last important road to be built in Grand Canyon.

A ranger is watching the earliest signs of smoke on top of the original watchtower at Hopi Point in 1909. Credit: US Forest Service.