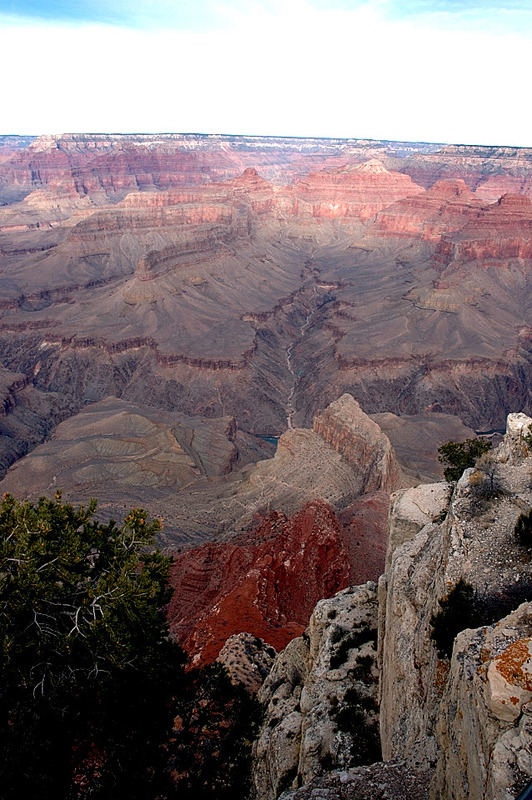 Here is one of the best views giving onto the river. You can sometimes hear the water roar under your feet. This is also one of the best places to see the sunset. The Greenway Trail goes here, allowing cyclists and visitors in a wheelchair to share the trail with the hikers. During summer, the shuttle buses of the park stop at Pima Point on Hermit Drive to the west of the Grand Canyon. You can also come here on foot by the South Rim Trail.

In 1925, the Fred Harvey Company installed a tram from Pima Point to its tourism facilities at Hermit Camp, about 1000m lower. It was appearantly the longest single-span tram in the United States. The camp closed in 1930 and burned in 1936.

Pima Point owes its name to a Native American tribe from the South Center of Arizona that the Euroamericans admired as a pacific agrarian population. In the early 1900s, the point was sometimes called Hermit Point and Cyclorama Point.