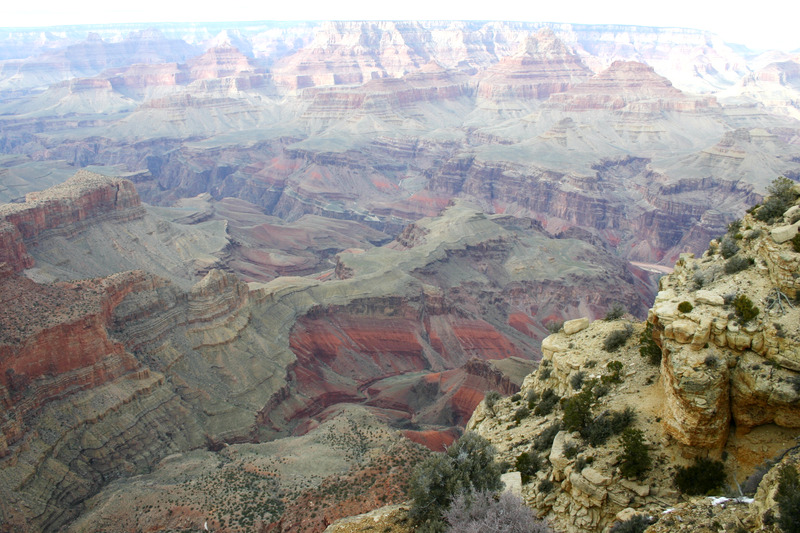 This is the perfect place to see the Grand Canyon. If you look down, you have a wonderful view of a place named Red Canyon. You can see beyond Red Canyon a nice example of rapids named the Hakatai Rapids. For photographers, there is an interesting formation named the Sinking Ship; it really stands out when it is silhouetted against the setting sun (2182m).

Geology is present at all the Grand Canyon viewpoints, but at Moran Point, three principal groups of rocks are clearly visible. The Paleozoic rocks represent the sedimentary rocks which form the depth of the Grand Canyon. The Grand Canyon Supergroup represents an important part of the geologic era of the Canyon even if it remains in remote sections, only visible at a few places along the rim. The Vishnu basement rocks are the oldest in the Canyon, composed of igneous and metamorphic rocks.