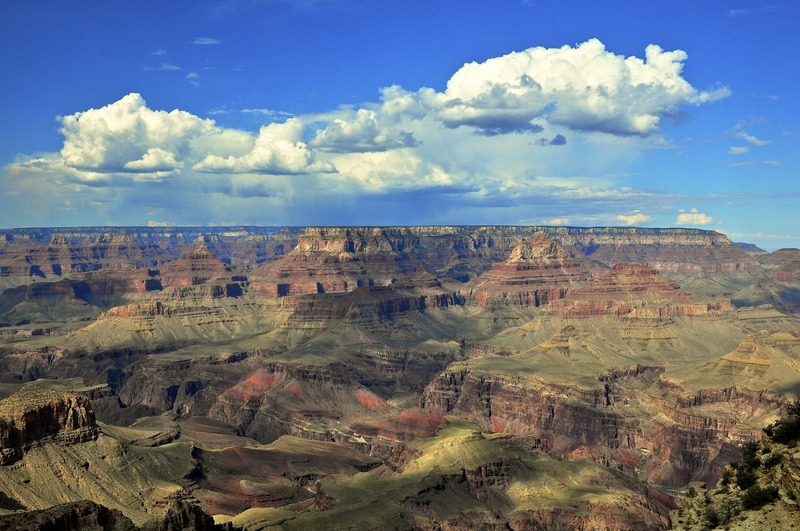 This place is very special for its view on the Grand Canyon and on the Colorado River. The scenery is spectacular on a cloudless day: the view extends to the north towards Vermillion Cliffs. It is also particular as the site of Mary Colter's masterpiece, the watchtower, inspired by Native American ruins found in the southwest. 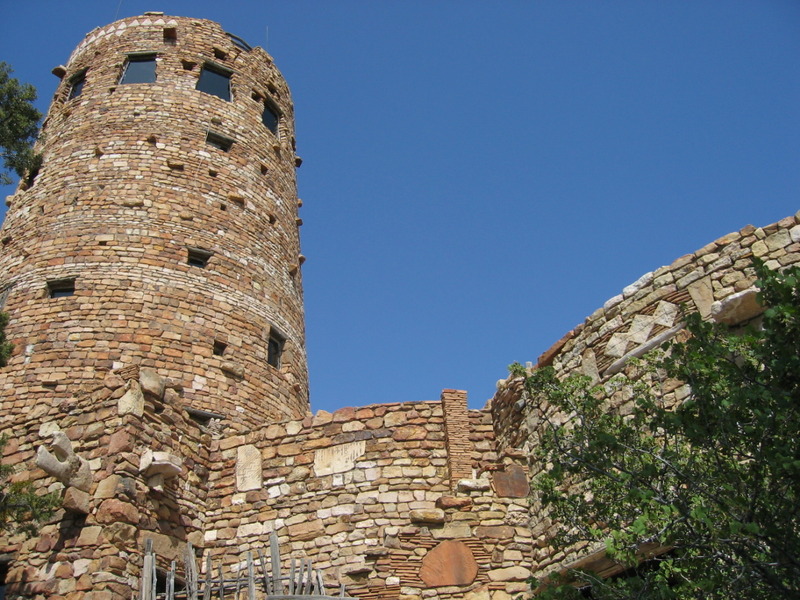 The watchtower is in the eastern side of the South Rim. 20m high and 9m wide, it has a concrete fondation and a steel frame well hidden in the stones of the tower. The ground level of the tower was a large observation room with a spectacular view of the Grand Canyon. Above, the Hopi Room features paintings by a Hopi artist Fred Kabotie. An outdoor observation deck can be found above the observation room.

The most significant aspect of the outside is the masonry. The use of texture creates a visual depth. Large sections of the tower, for instance, have a smooth finish that is in places broken by slightly larger stones that are sticking out the wall surface. The fenestration in the tower is irregular, except for the observation area on top of the structure where large trapezoid stained-glass windows allow the observators to see the surrounding country in all directions. The careful gathering of the shapes of Mary Colter adds intensity to the tower.

The main entrance of the structure leads in the biggest room of the building, first known under the name of kiva room, which is circular. The ceiling is made of logs recovered from the ancient Grand View Hotel on Horseshoe Mesa in the Canyon. The logs form a pattern found in the Native American prehistoric architecture which is still used in some indian structures nowadays. A ladder in the center of the room leads to an opening in the ceiling that seems functional but is fake. An arched fireplace has a stained-glass window above it where the chimney should be, the conduct attracts smoke from an upper corner.

The floor of this room is in slabs and the walls are in stone. The room hasn't changed a lot since its construction.