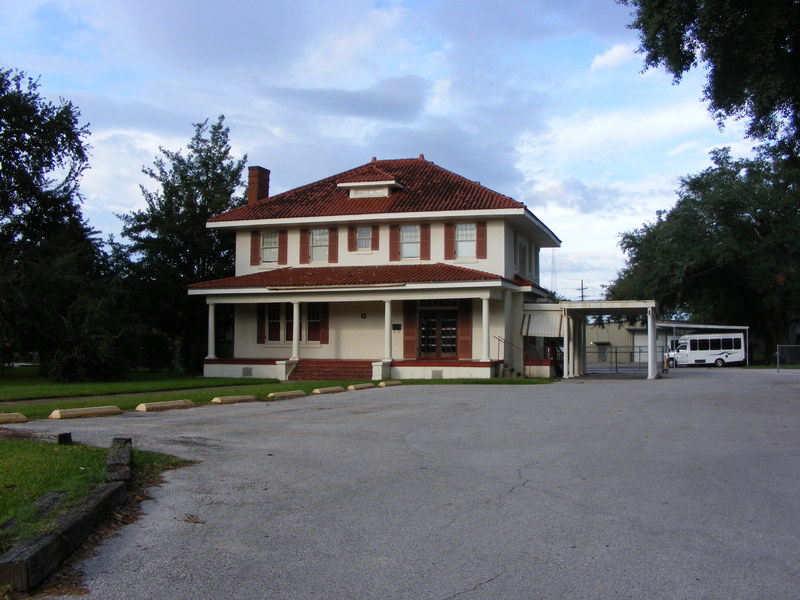 My name is Elisabeth Denbo Montgomery and I live at 106 Lafayette Street. I live at the same house I was born in. My father Amzi Beattie Denbo was the manager at Lafayette Sugar Refinery. The house was one mile from the refinery… who was situated at Pinhook and the train tracks. The refinery burned I think in 1922. My father died of a heart attack right after.

I had one brother but he was sent to school to California. The Lot 140 of the Old Corporation of Vermilionville has our house which is a Victorian and Greek revival style home. It was completed in 1898.

Our family name is an old French name; d'Embeau which was change early on in America. My parents came from Ohio.