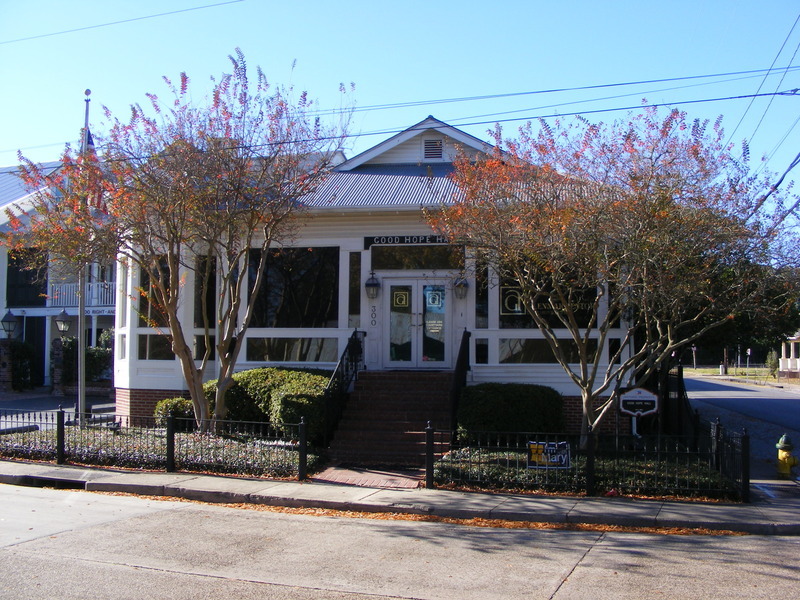 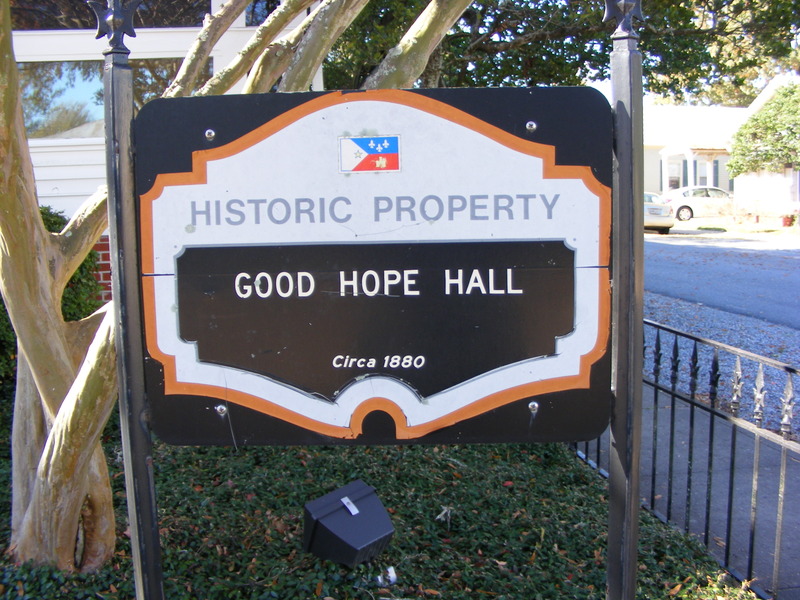 The intersection of Stewart and Gordon Streets where Good Hope Hall is located served as an important nexus for the African American Community of the Freetown-Port Rico Historic District. It was surrounded by African American businesses and the homes of prominent African American residents and was a public venue for gathering. Principal investigators for the historic resources survey of the neighborhood were told that a weekly public street supper, open to all people and races, was sponsored by African American leaders at the corner of Stewart and Gordon. This supper continued into the 21st Century, though it has now discontinued.16 This intersection also served as the start of the parade of Lafayette’s first official organized African-American Mardi Gras krewe. In 1956, the Daily Advertiser reported the “the Negro Carnival Association” would have a parade beginning at the corner of Stewart and Gordon and proceeding on Gordon to Oak (now Jefferson) and on from there. Significantly, the organization chose for the assumed identities of its monarchs, Toussaint L’Ouverture, infamous leader of the eighteenth slave revolt in Saint Dominique (Haiti), and his wife Suzanne Simonné.

Formerly part of the “Île Copal” plantation belonging to Jean Mouton, the subdivision registered as the Mouton Addition became known as Freetown, and had a heterogeneous mixture of lower- and middle-class Free Men of Color and Caucasians before the Civil War and the 1860’s.

This building housed the True Friends Society which was formed after the Civil War to band against the terror of the Knights of the Ku Klux Klan and the Riders of the White Camellia. Later the Society was no longer needed for safety of the local population and the group shifted from a goal of mutual defense to one of public welfare, attending to the sick, planning celebrations and tending to the social agendas of the African-American community. The True Friends Society built the Good Hope Hall as a Community center for their neighborhood.

In the 1920s and during the Great Depression of the 30s, the Good Hope Hall became one of the great jazz halls of America where outstanding but mostly unknown traveling musicians of the time would play: Louis Armstrong, Fats Waller, Ethel Waters, and many others.  Week after week, they graced the stage of the hall week after week to entertain the thriving community.

After World War II, the building sat dormant for a time before being used as a Catholic Church in the 50’s, a barber shop  and it became a wedding hall then was purchased and resold many times to area businessmen before becoming the law office of Glenn Armentor in 1981. 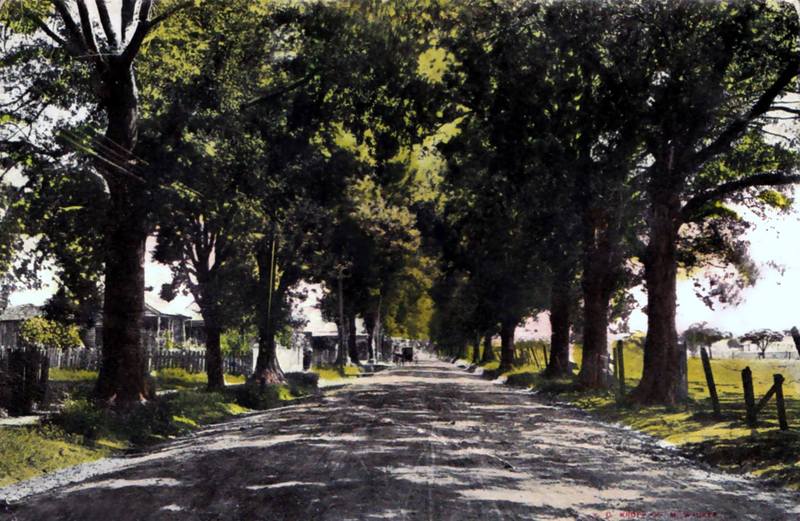