The Scientific, Literary and Artistic Circle 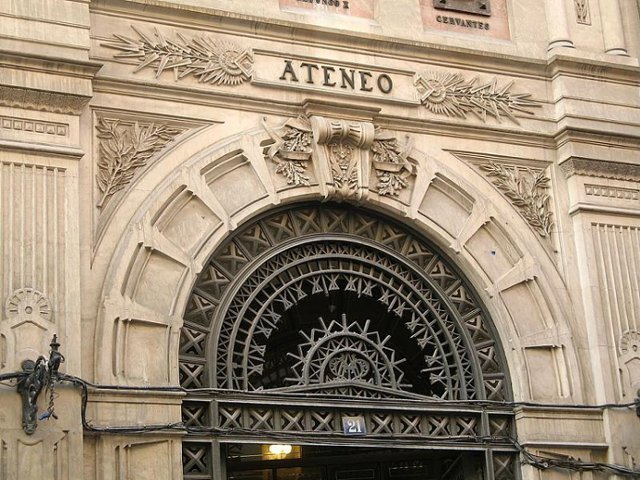 The Scientific and Literary Circle (Ateneo Científico y Literario) was founded in 1835 during the regency of María Cristina de Nápoles by a group of intellectuals of liberal and romantic spirit. The attributive adjective "artistic" completed the name of this institution shortly after its foundation.

A Cultural and Political Place of Reference 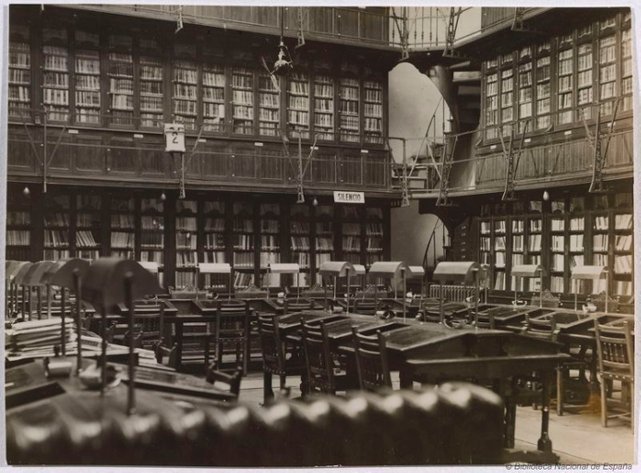 It often changed its headquarters before occupying its current location at 21 calle del Prado. The modernist building which houses today its headquarters is the work of the architects Enrique Fort and Luis Landecho. The decoration of some of its living rooms (Salón de Actos and Salón inglés) with modernist paintings was entrusted to Arturo Mélida, who turned them into a real artistic gem.

The Ateneo welcomed six presidents of the government, all the Spanish Nobel Prizes, the great political figures of the Second Spanish Republic and the most renowned intellectuals of different literary generations. Even though Primo de Rivera's and Franco's dictatorships in the XX century jeopardized the functioning of the Ateneo, it is still a cultural place of reference.

It's described as a scientific, literary and artistic society, with the triple function of academy, education institution and literary circle.