Dudley C. Carter (1891–1992) was a Canadian-born artist whose highly prolific career as a monumental woodcarver and sculptor spanned more than 60 years. Many of his works are on public display in various locations along the west coast of North America, particularly near his former home in Redmond, WA.
A few years after the artist passed away, this artwork was transported from California up to B.C. on behalf of the Hillside Industrial Park in Port Mellon.  Due to security concerns, the sculpture was relocated to the Rockwood Gardens where it has remained ever since. 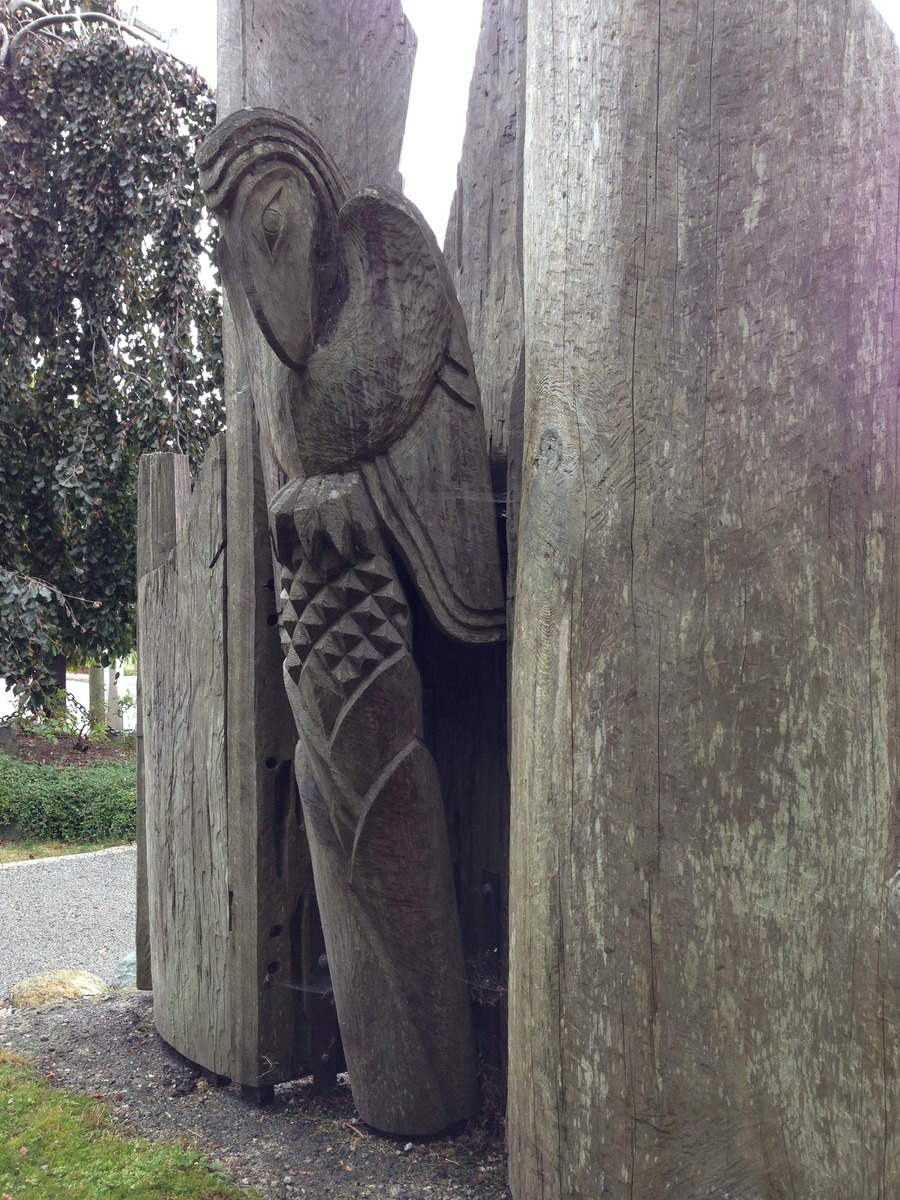 This sculpture, carved entirely from one redwood cedar log, speaks to the sacredness of the forest, nature and the environment. Perched at the very top of the sculpture is Condor, king of the skies. Stylized plant forms boldly work their way up the central redwood column while a gentle, nurturing forest maiden stands slightly recessed, protected and enveloped by the wood.
Dudley Carter’s grandson, Michael Vaughan, operated a cedar sawmill at Hillside Industrial park in Port Mellon. When this Industrial Park was officially opened in 1995, organisers of the opening ceremonies decided to acquire one of Carter’s sculptures to mark the special occasion. Sanctuary was unveiled by former BC Premier Mike Harcourt. Also in attendance at the ceremonies were Michael Vaughan, Mavis Vaughan (Carter’s daughter), and Anna Hanson (Carter’s granddaughter). Security concerns for the sculpture resulted in its relocation to Rockwood Gardens, Sechelt.