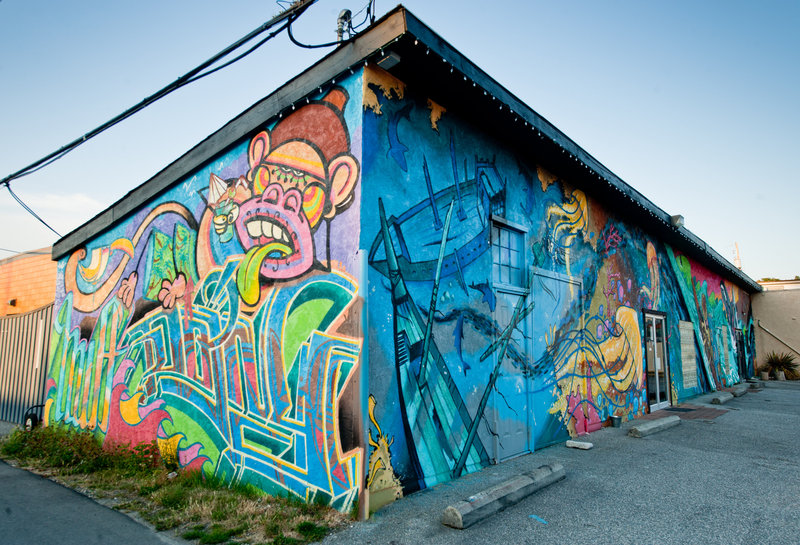 This mural was commissioned in 2012 by Jesse Young, owner of the Six Gill Custom Tattoo shop.  He assisted three other artists to complete this vibrant and unique collaborative painting. Together the four artists worked for six days to complete the painting. 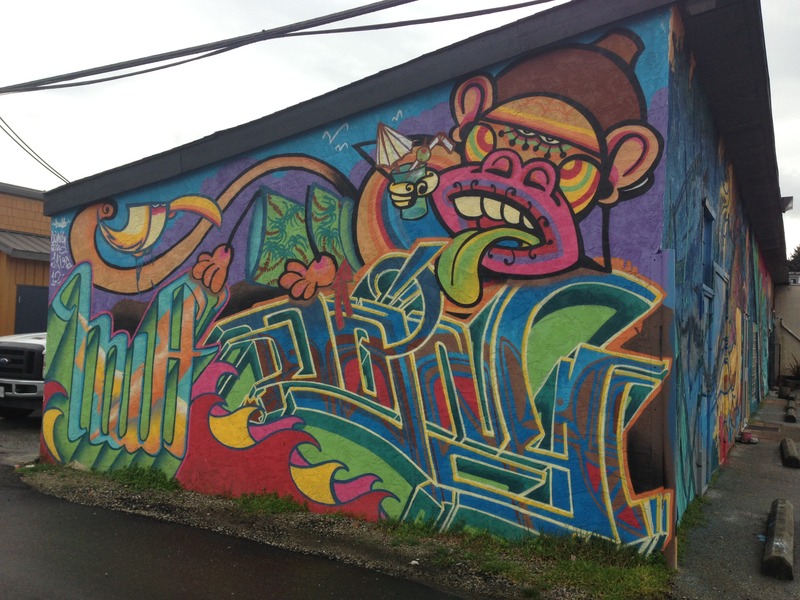 Although the artists collaborated on each element, individual styles are still apparent. The wall facing Periwinkle Lane showcases the style of street artist Jordi “J. Loca” Ruiz. Included are his characteristic bright colours, bold lines, and cartoon-like animals (in this case a monkey and a bird). The monkey reclines at the top of the mural, wearing ‘Hawaiian’ print shorts and holding a tropical drink in one hand. Beneath the monkey is the signature (known as a ‘piece’ in graffiti painting) “DOING” (Severino Estevez), and in the lower left corner of the mural, beneath the bird, is another piece by “Huff” (Nicole Stewart). 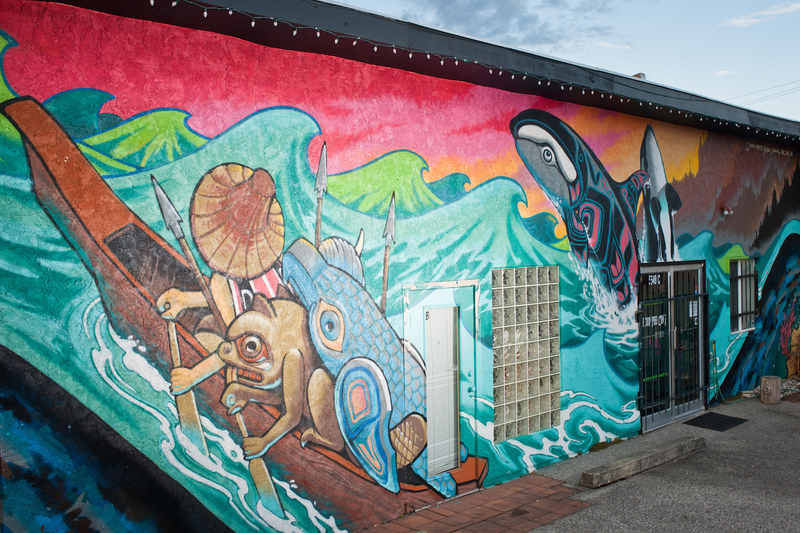 The section of the mural closest to the Custom Tattoo shop’s entrance is more heavily influenced by the style of Severino “DOING” Estevez. A professional tattoo artist originally from Barcellona, Spain, Estevez owns and operates the store Doing Tattoo in Edmonton, Alberta. On the left side of the painting two weathered boats, one with a pirate flag, coast though dark waters as sharks circle their hulls. Brightly coloured jellyfish sweep across the centre of the painting and look as though they are caught up in a whirlpool of waves, salmon and coral. At the right side of the painting is a tribute to the famous Spirit of Haida Gwaii (1986) sculpture by the late Bill Reid.