Time in its Flight

Time in its Flight - Artwork Info 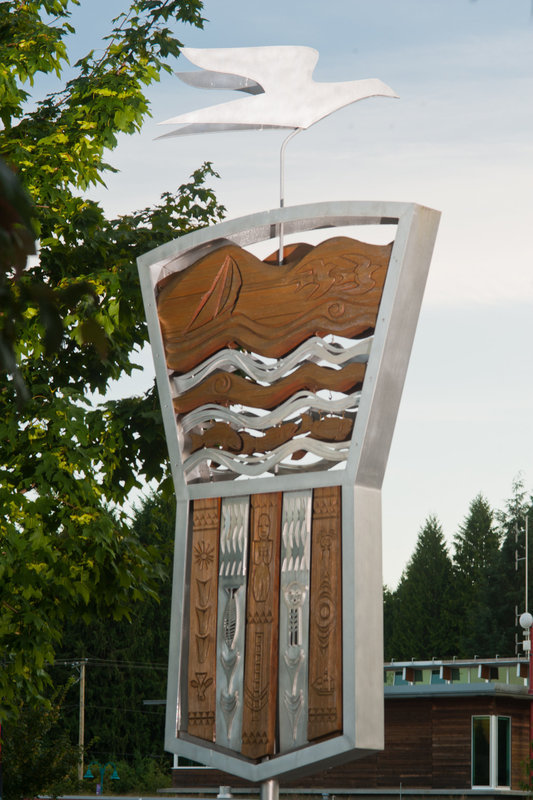 Time in its Flight - Artwork Description 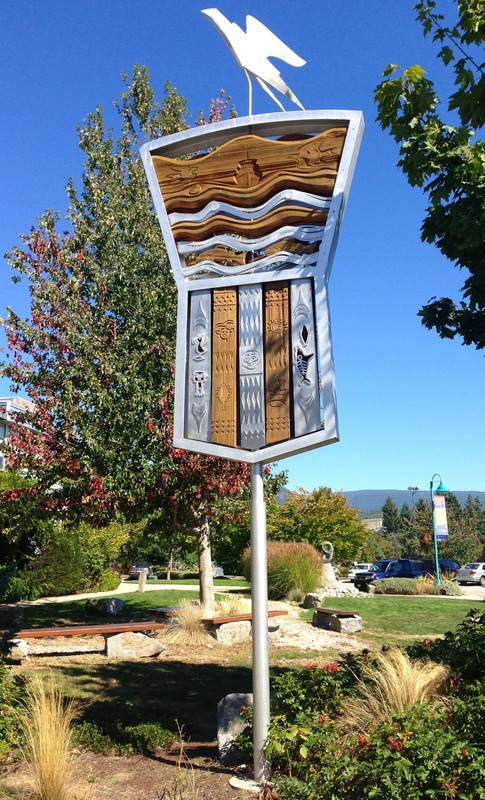 "Time in its Flight" reflects the nature, environment and history of the Sunshine Coast. It combines two mediums: western red cedar (a traditional material for carving) and aluminum (a more contemporary material). Between the backdrop of mountains and waves of the ocean are motifs symbolic of Coastal life. The design elements of the work are meant to represent an evolution in style and technique from pre-historic times to the present. The sculpture is shaped like a Northwest Coast First Nations copper. The lower portion of the ‘copper’ depicts petroglyphs and the upper portion contains stylized depictions of waves, salmon, boats and birds in flight. The very top of the sculpture is an aluminum bird flying toward the sky.

Time in its Flight - Artist info 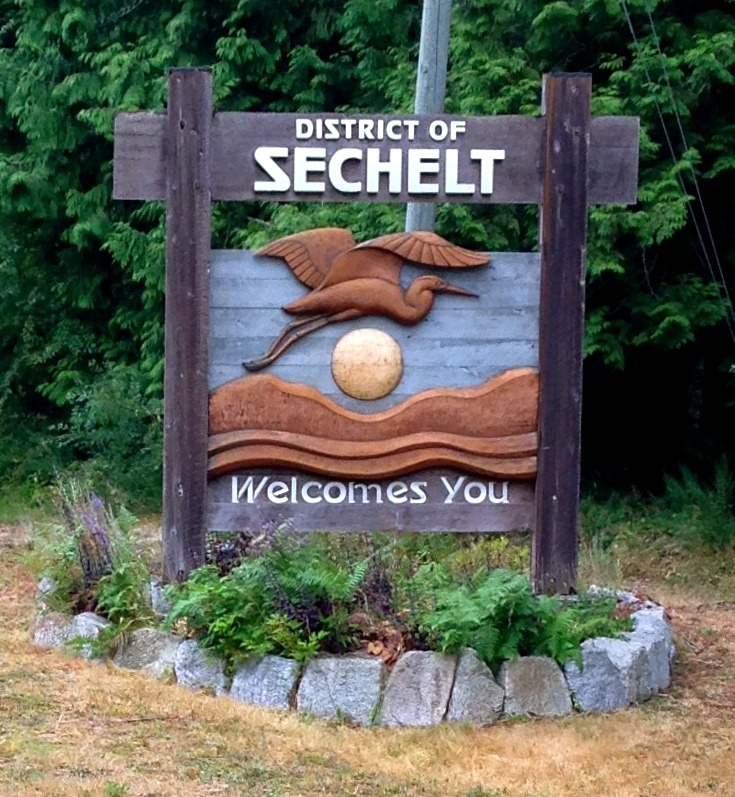 Artist Anna Hanson has maintained an art studio in Roberts Creek since 1992. She completed a Bachelor of Fine Arts degree at UBC in 1974, and continued her specialization in sculpture at Emily Carr and Capilano College in the late 1970s. Hanson’s artistic inspiration comes from her grandfather, the late Dudley Carter (1891-1992) who was famous for his monumental wood sculptures (two of which are included in this walking tour). Hanson’s material of choice is cedar and she avoids the use of power tools, preferring instead the same tools her grandfather would have used – an axe, adze, and chisel. She strives to stay true to the medium, preserving the natural character of the wood.
In 1994 Hanson hand carved two "Sechelt Welcomes You" signs located at the east and west ends of the District of Sechelt, along the Sunshine Coast Highway.