The Most Inaccessible Part of the Castle 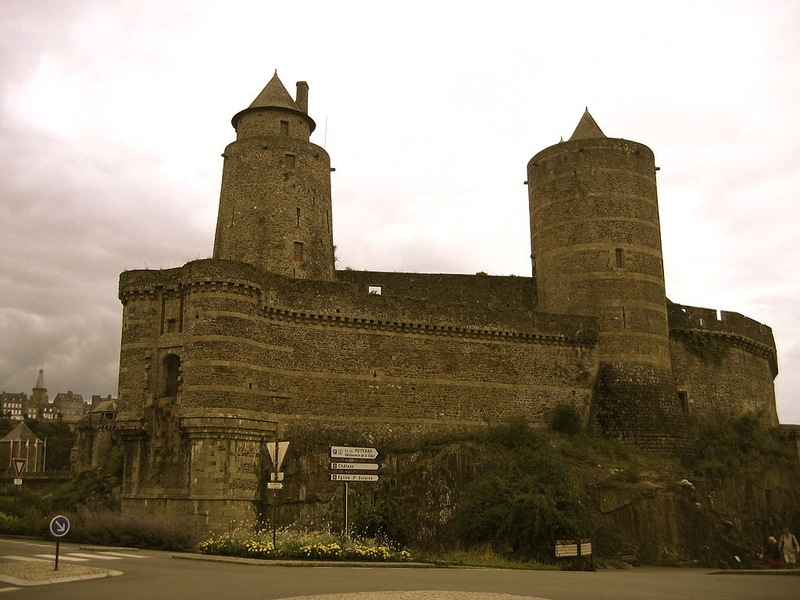 People used to access this section through a drawbridge. This is also where the pipes collected water from the Le Nançon river to bring to the castle’s kitchens.

The massive structure in the front is the Postern or Turn Amboise and dates back to 1440. Its name was given in honour of Françoise d’Amboise, wife of the duke of Brittany of that time.

On the left is the Goblins Tower, which used to host an infamous dungeon, notably for the victims of revolutionary tyranny imprisoned and tortured there in 1792 and 1793. The tower is strategically located at one of the most unattainable and best naturally-defended points. It counts 5 floors, one is below ground level.

On the right side of the entrance is the Mélusine Tower. Like the Goblins Tower, it has served as a dungeon. The base was built on solid rock which gives the tower strong foundations, making it capable of withstanding any attack, given an eventual assault. The slope also allowed projectiles to roll back upon the enemy.