Cacouna from the church belfry around 1900 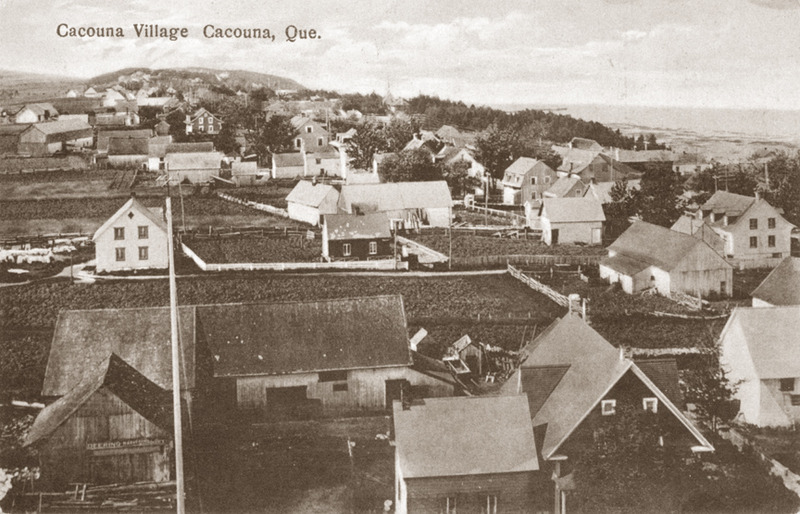 A view over Cacouna from the church belfry, around 1900. In the foreground, the house and post office of notary Jean-Baptiste Beaulieu.

The notary Jean-Baptiste Beaulieu (1842-1896) was a merchant who also served as postmaster and secretary-treasurer for the school board, parish and village of Cacouna. His home was across the street from the church, always bustling on Sundays, and not far from the shoemakers, Guerette et Frève, and another merchant, François-Xavier Côté. People from Cacouna’s five concession roads frequented his house, where, with help from two of his children, he had set up his notary office, a small store and the post office in 1854. His son Jean-Baptiste, also a notary by profession and the owner two schooners, the Marie-Rose (1873) and the Emérillon (1874), supplied food for the store and helped out at the post office. His other son Thomas served customers in the store. In 1891, Thomas Dionne was hired as assistant postmaster. He was responsible for receiving, sorting and distributing the mail for Cacouna’s residents and visitors.

The west side of Cacouna, around 1925 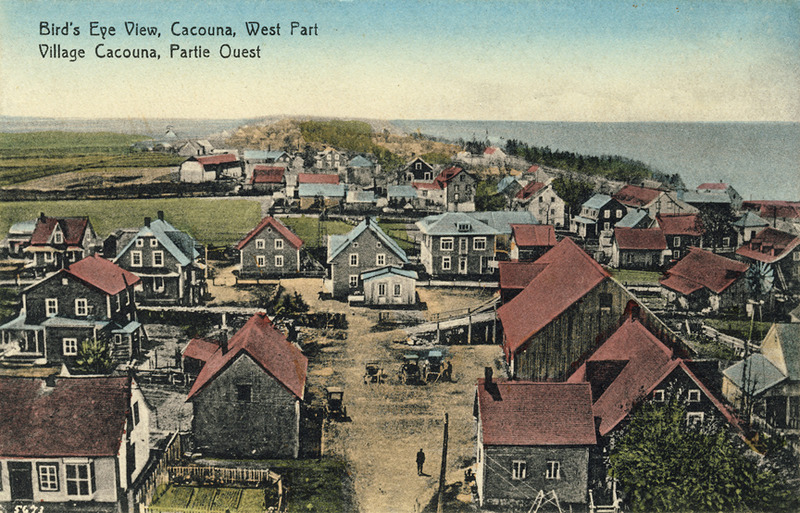 The west side of Cacouna village, around 1925.

In 1898, Elie Hudon, dit Beaulieu purchased the house, where his descendants continued to live and farm the land. Each of the three generations of Beaulieus that lived here produced a mayor for the village, and provided the church with excellent choristers.

The Beaulieu House and Barn 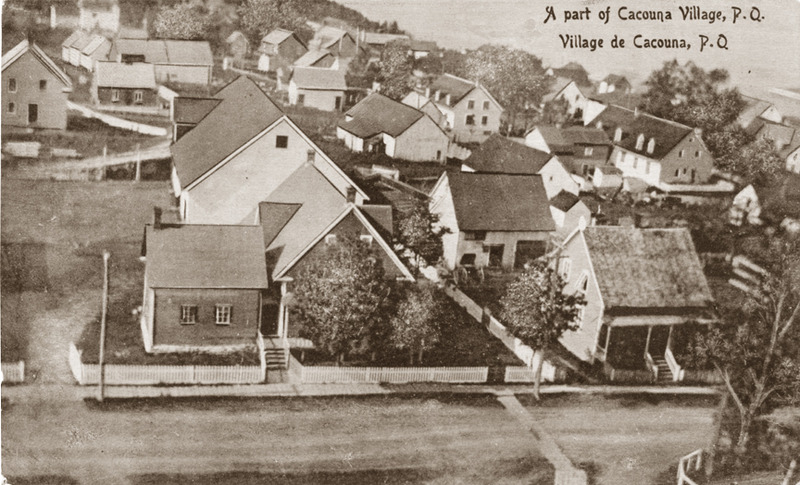 The Beaulieu House and Barn.

Across from the church, Ange-Marie Beaulieu followed in the agrarian footsteps of his father and grandfather, Alphée and Élie. While attending Sunday mass, people could leave their horses in one of the 36 stalls in his barn for the modest fee of two dollars per year. Like other nearby farmers, Beaulieu also sold milk to some twenty families in the area. In 1946, a quart of milk cost only 7 cents. (Testimonial of Estelle Beaulieu, September 2010)

Letter to the Editor of the «Quebec Mercury» 1853 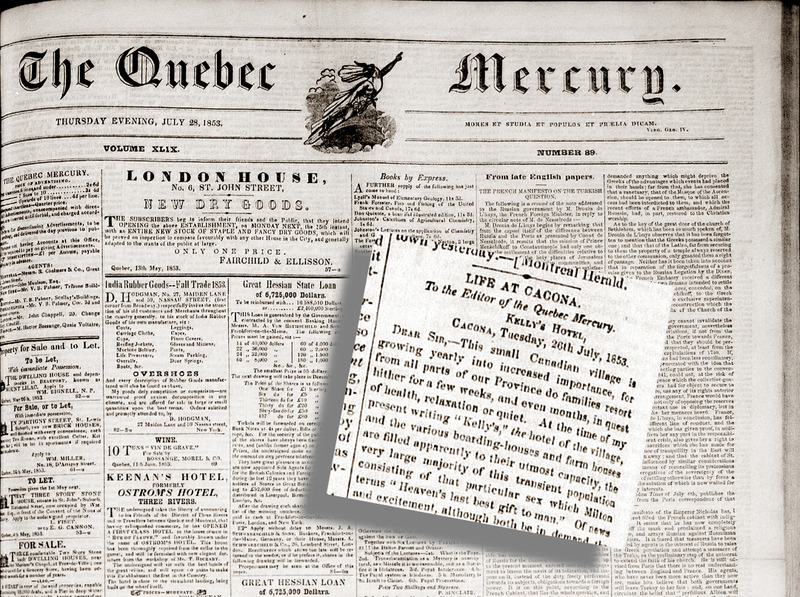 «An interesting scene is the arrival of the evening’s mail ; - no sooner is the courier’s horn heard than a sortie is made towards the Post Office and the unfortunate Canadian Postmaster finds himself besieged instantly by a legion of ladies fair, each wearing a straw hat of immeasurable circumference, and all eager for their letters and papers : the functionary in question, perplexed sadly by English questions and addresses, points to the table on which are spread the contents of the mail bag, and the republic of straw hats search themselves for their own dear correspondence.»  From a letter to the Editor published in the «Quebec Mercury» of July 28th 1853, page 2

Photo source :
Heading from a letter to the Editor published in the «Quebec Mercury» of July 28th 1853