The Snetsinger Villa in 1992 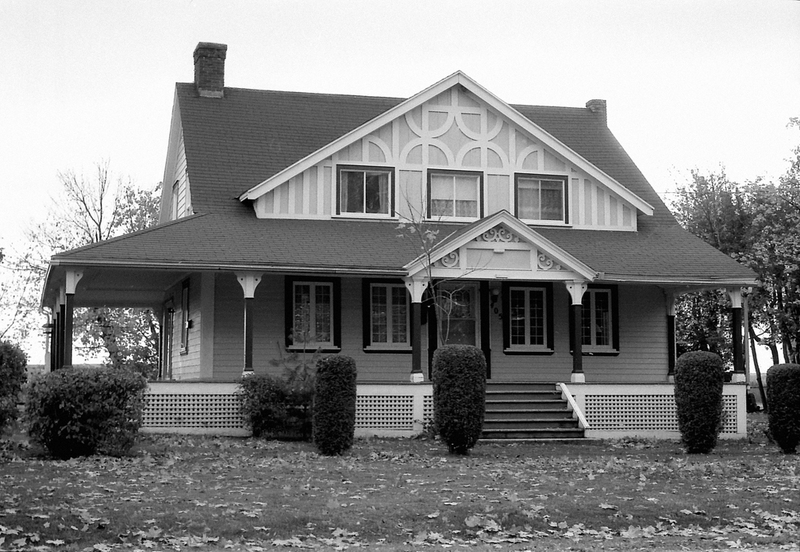 The design of this house is unique.  Though traditional in style, the facade has been heightened by a large central gable.  The decorative trim on its three small windows displays a Neo-Tudor influence.  The house originally stood on the church road.  It was built in 1854 by Pierre Gosselin, a local carpenter.  He had been  hired by the architect and sculptor François-Xavier Berlinguet, who was working at the time on the interior of the church.  In 1861, a young, recently married farmer named Félix F. Gagnon bought the house and had it moved to its present location on this piece of agricultural land.  He rented it to tourists for several years before selling it in 1876 to John Gray Goodal Snetsinger, a merchant from Cornwall, Ontario.  Mr. Snetsinger was both Member of the Legislative Assembly in Ontario (1871-1879) and mayor of Cornwall.  He subsequently served four years as a Member of Parliament in Ottawa.  Once renovated, the house proved to be so pleasant that the Snetsinger family continued to vacation here for close to a century.

Close shot of the Snetsinger Villa 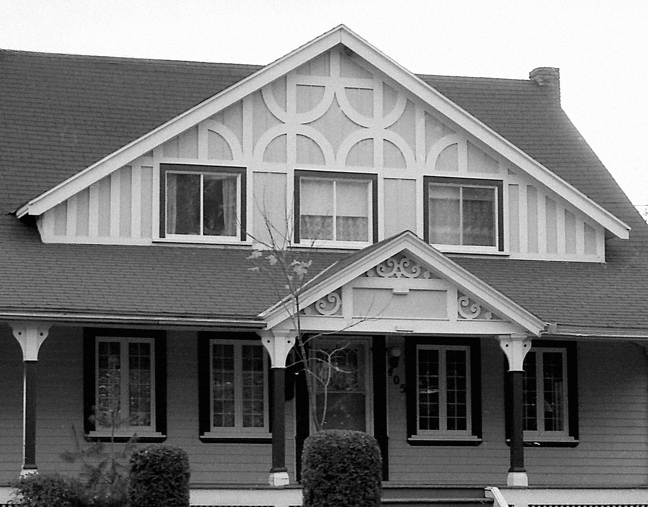 Close shot of the Snetsinger Villa.

A smaller gable of the same style over the gallery lends harmony to the whole.