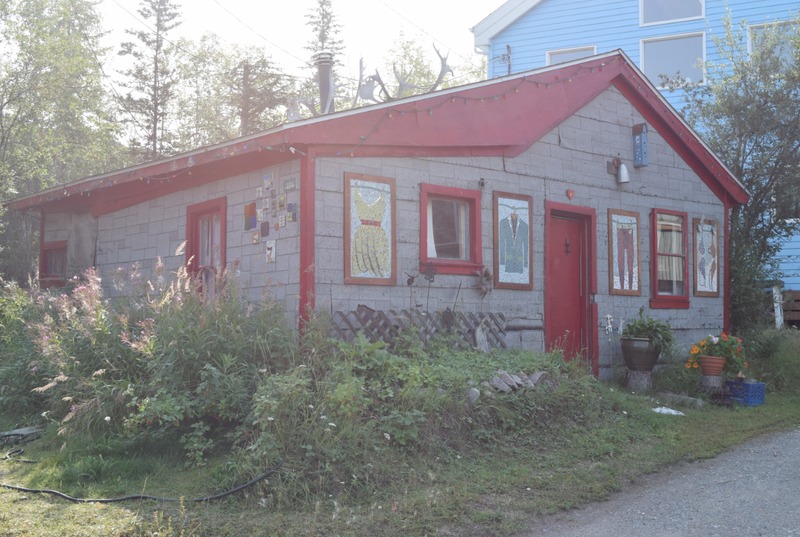 Behind this grey house siding and pretty mosaics hides one of the oldest log buildings in Yellowknife.

It was built in 1937 and served as a home for countless Peace River Flats residents over the years, most notable was Carl Jensen.

In 1939, Carl and Dorothy Jensen owned the Wildcat Café restaurant and he also operated a taxi car in Old Town. At that time there were no roads connecting the settlement with the various mines along Yellowknife Bay, so the car could only be used on the winter ice roads! He brought in a Dodge sedan and installed a rotary-snow blade on the grill to help plow the way.

In the summers, Jensen put the car in storage and switched to boat taxi. Carl Jensen lived in this particular house from the 1950s until his death in 1966. Today it serves as a warehouse.