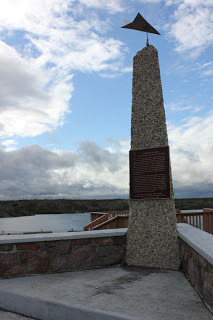 This monument is a tribute to the bush pilots who played a crucial role in the development of aviation in the North. 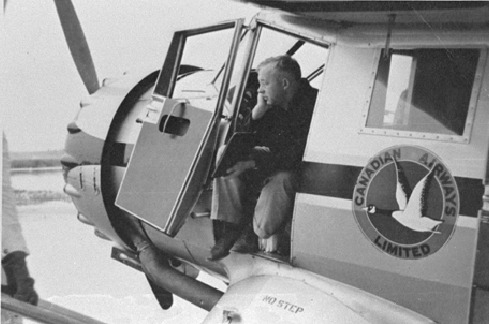 Among these pilots, Wop May, a pilot of one of the first two planes to have crossed the Northwest Territories in 1921, as well as Punch Dickins, another pioneer in aviation. 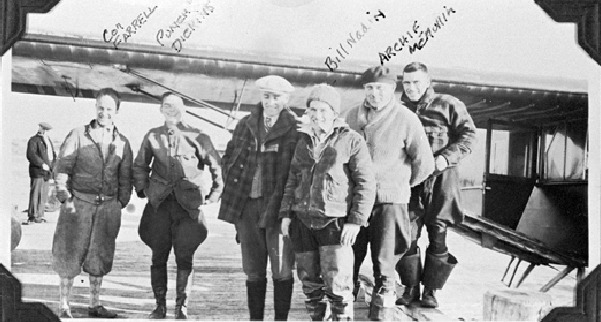 On top of The Rock, the Pilot’s Monument pays tribute to the bush pilots who played a crucial role in the development of aviation in the North. They include Wop May, a pilot of the first two airplanes that crossed into the Northwest Territories in 1921 to herald the beginning of organized flights into the Canadian Arctic. So to was Punch Dickins an aviation pioneer.

On August 28, 1928, Punch took off on an expedition accompanied by Bill Nadin, chartering some 5,500 kilometres of terrain in Canada’s North, transporting the fuel required to refill his airplane inflight! In January 1929, convinced that it was possible to deliver northern mail by air, Punch organized a delivery in ten stages between Waterways, Alberta and Fort Simpson. Following this, he pushed on to Aklavik, making him the very first pilot to fly over the shores of the Arctic coast.

Punch flew hundreds of hours with no real landmarks, no GPS, no radar or radio, nor did he carry charts, except for the rough maps that he drew as he came and went!

During the course of his career, Punch Dickins, explorer of the Canadian skies, flew over more than a million miles, earning his nickname of Snow Eagle. His exploits well illustrate the fighting spirit among the bush pilots of the Great North!

In the 1930s, mining companies began using airplanes to ferry prospectors to Great Bear and Great Slave Lakes. The development of the airplane and its practical applications in mineral exploration were important factors in the discovery of gold in Yellowknife. Cominco, who developed the Con Mine here, very actively used the airplane in the search for gold and silver. Cominco’s top managers William Archibald and William Jewitt were pioneer aviators in this part of the country.  The first bushplanes to land on Yellowknife Bay in 1929 were those commissioned by Cominco, and Dominion Explorers, who was looking for copper on the arctic coast in today’s Nunavut.