Quarter of the Hudson Bay staff

Quarter of the Hudson Bay staff 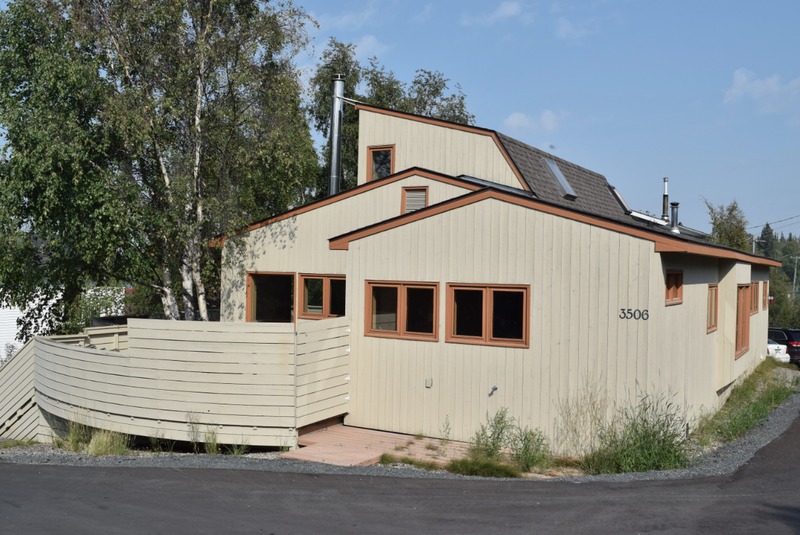 This building, built in 1945, would be used as a residence for the Hudson Bay's Company staff.

This house was built in the summer of 1945 as a staffhouse for male employees of the Hudson’s Bay Company. The HBC employees were often young men from Southern Canada or Ireland, but the contingent of would-be adventurers (typically store clerks, labourers, and office staff) also included women who resided in a separate staffhouse in Old Town.

During the 1960s, after the HBC relocated its operations to the downtown part of Yellowknife, the house was acquired by Tom Doornbos who owned many properties in town. Originally, the building contained a rear section which has since been removed. The occupants of both sections were an interesting contrast as former residents in the 1970s will attest. The front of the house was rented to a group of young, relatively stable, employed persons, while the rear of the home was rented to a Catholic minister who made a safe place for transient, troubled youth, but still the scene of many wild parties despite the good intentions of the group.

Old Town has always attracted wild personalities with ideas of how to live self-sufficiently. A former tenant of the house raised goats and a number of chickens here. Today, there are a number of families that have renewed local interest in raising livestock, and if your walk around Old Town reveals a chicken coup, don’t be surprised... we’ve been organic for years!