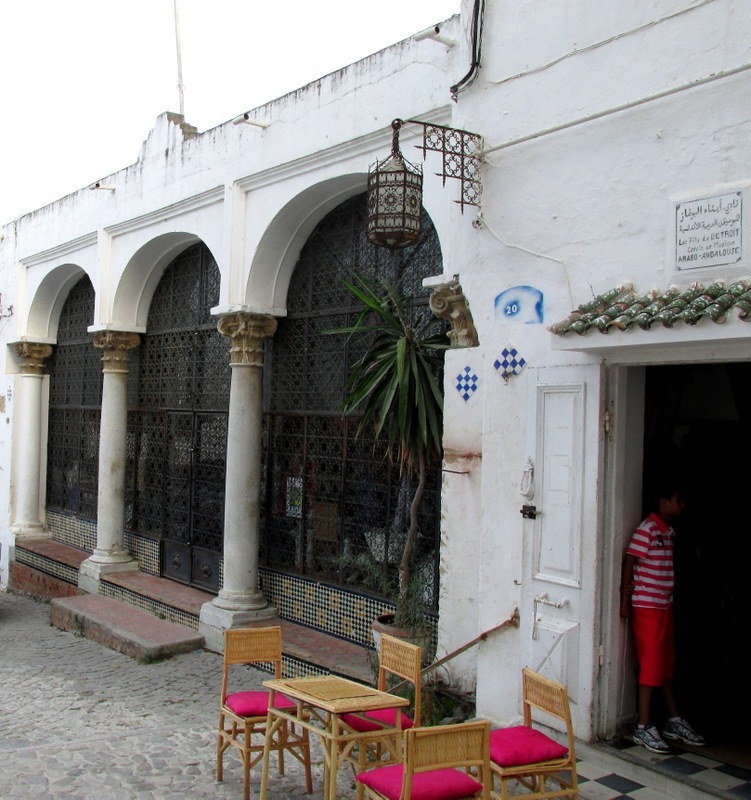 You are at the Menchoir place, to the extreme north of the Medina, where you can see the former court of law, the small and the big jail, and, more to the east, the ruins of the keep of the pasha Ali.

This place was a source of inspiration for many painters such as Delacroix and Matisse. 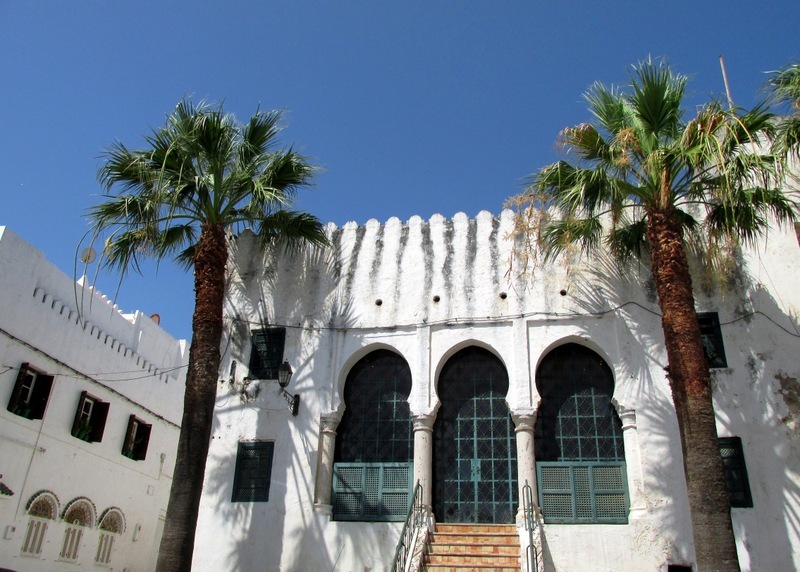 If you turn your back on the governor's palace, you will see on your right the former courthouse that has become a craft and a gift store.

The Gate of the Sea 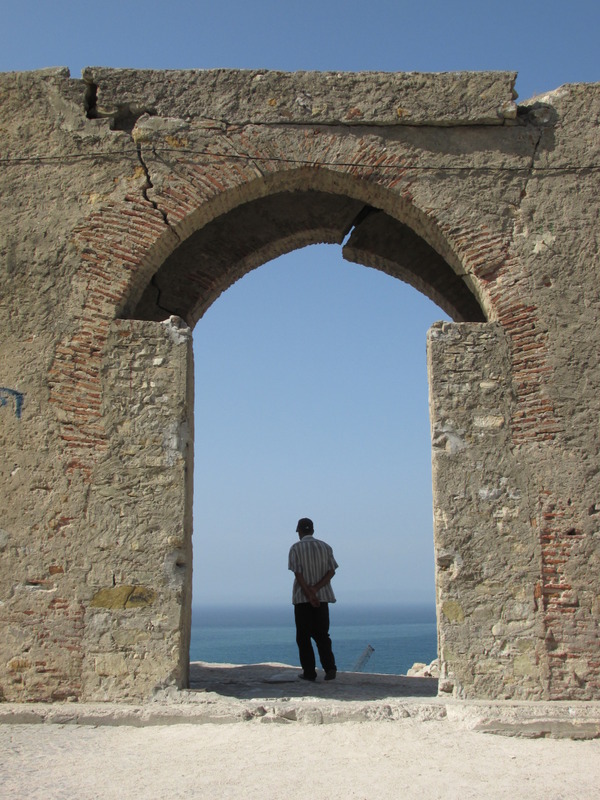 On the other side of the place, you will find ''Bab el Bhar'' the gate of the sea. When you cross it, you will have a wonderful view of the fortifications of the Kasbah, which overlook the port, and of all the bay of Tangier. 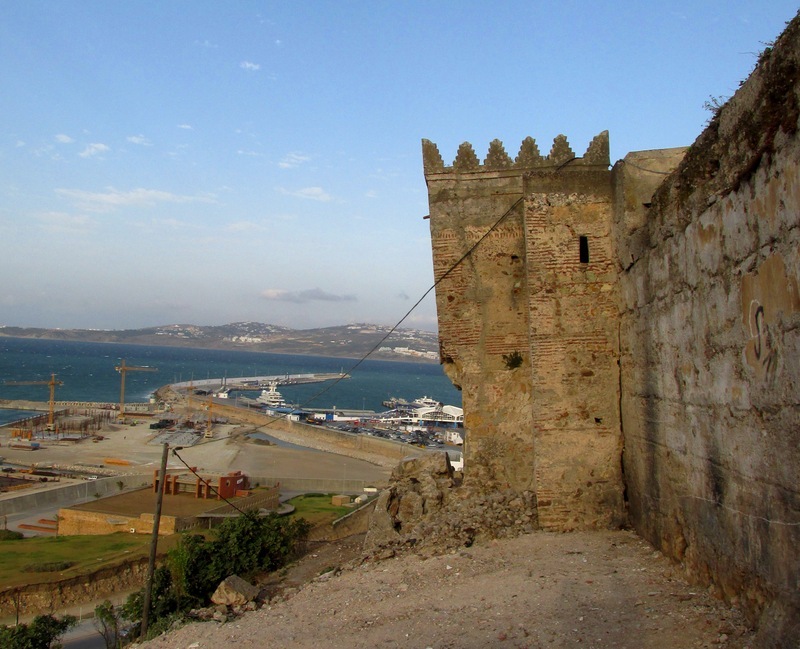 The murals, only part of which can be seen nowadays, used to stretch on over 2 km. They were built by the Portuguese between the XV and the XVII century. Destroyed and rebuilt several times, they witnessed the town's turbulent history.

In the XX century, for over 30 years, Tangier has been managed by all the western powers even if it was under the sovereignty of the Christian empire. A unique experience in history! It it only in 1960 that Tangier was definitely connected to Morocco. 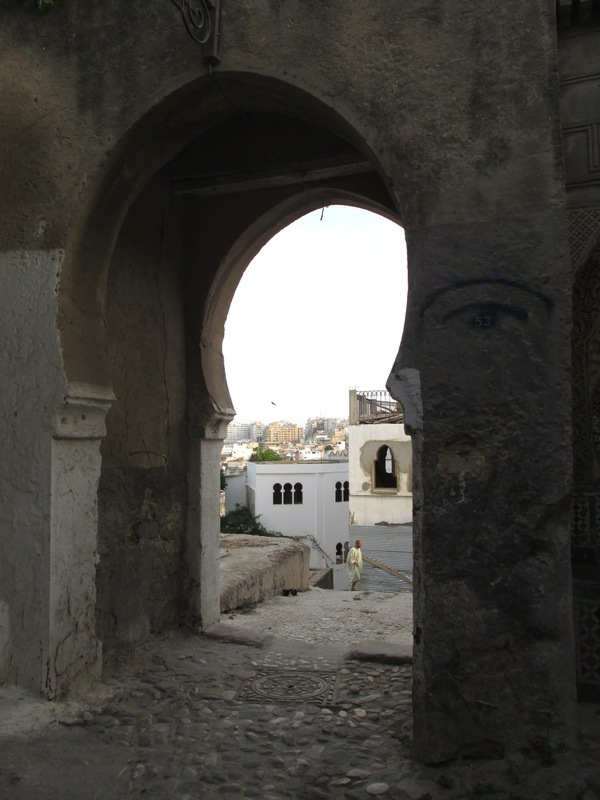 You will get out of the Menchoir place through the door next to the former courthouse. 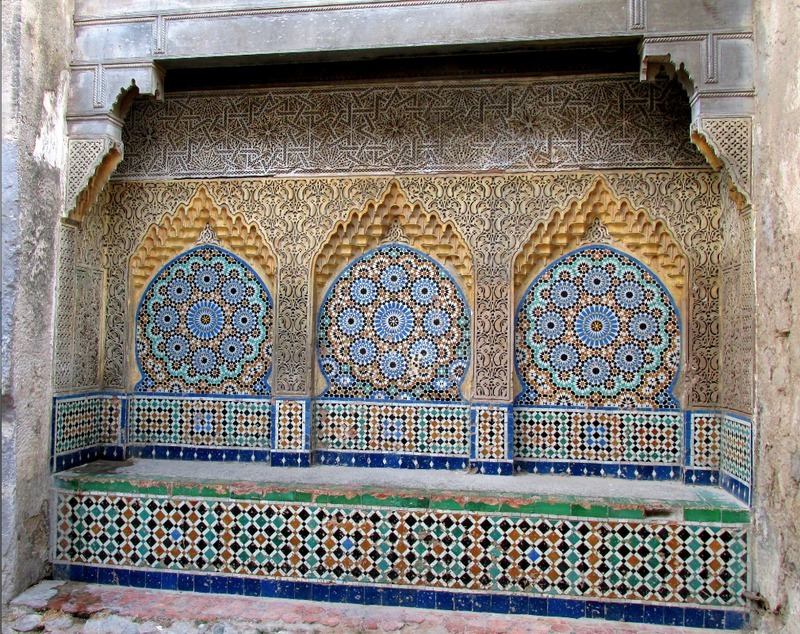 On the right you can contemplate a beautiful example of Moroccan mosaic, near an old fountain.

Door of the Stick 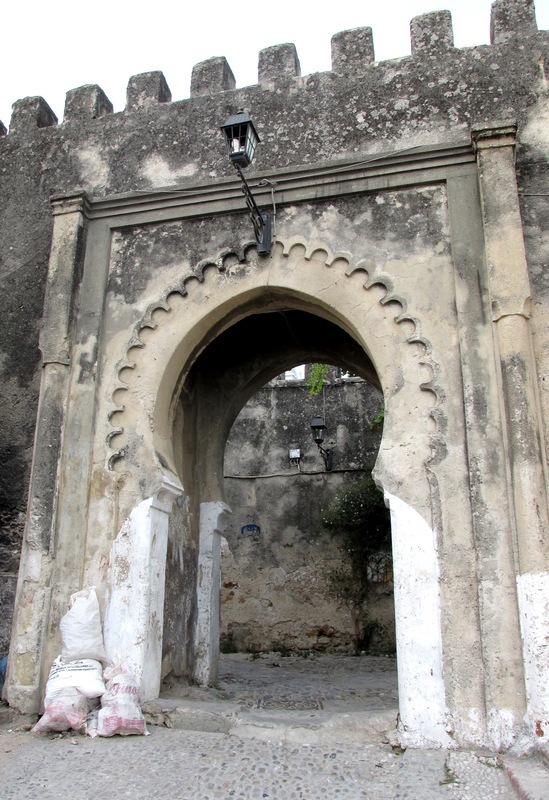 Bab El Hassa means door of the stick because this is where the thieves were beaten with a stick before being imprisoned in the jail of Kasbah. This door inspired Matisse who, in his famous painting of the door of the Kasbah, expresses his feelings by using bright colours such as red and blue. This painting invites us to cross the door to discover the Medina.

On your way to Café Baba, your next point of interest, you will walk by one of the most beautiful ryads in this area of the medina, the Dar Chams Tanja.