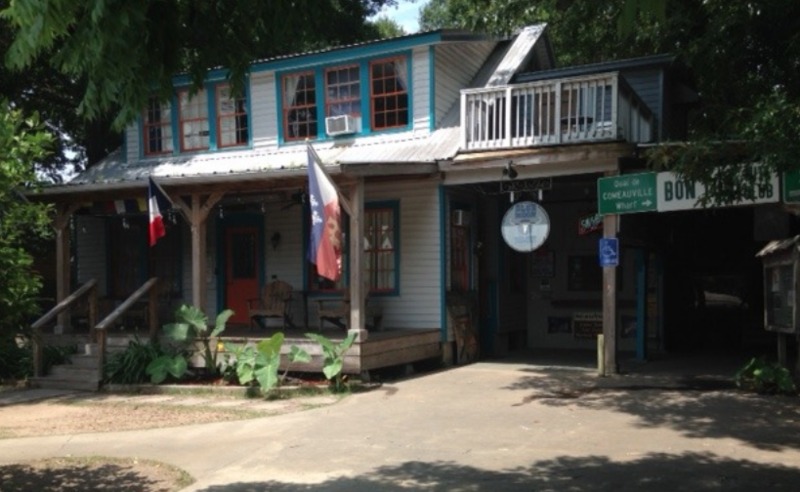 215 E Convent St. Contributing, ca. 1890, Remodeled, ca. 1933. The Blue Moon Saloon (formerly the McBride/C.E. Gahn House). This bungalow is a commercial use/multiple dwelling featuring elements of multiple styles. It is a one-and-a-half story building set on concrete piers and clad in vinyl siding. The main roof is a side gable covered in metal. A large shed dormer with six windows (two sets of three) is centrally located on the roof. This was added c. 19335. A full-width porch is supported by four columns. Other architectural elements include double-hung, 6-over-6 wood windows.

The original portion of the Creole cottage-style house, was moved from its location where the Gordon Hotel was later built on the corner of Jefferson and Vermilion Streets to its current location in the early 1900s. A side porch has been added, as well as the second story dormer, which was added during the period of significance. Presently it serves as a guest house and live music venue. Despite the vinyl siding and side porch addition, the building still retains its integrity of location, setting, design, workmanship, association, and feeling.