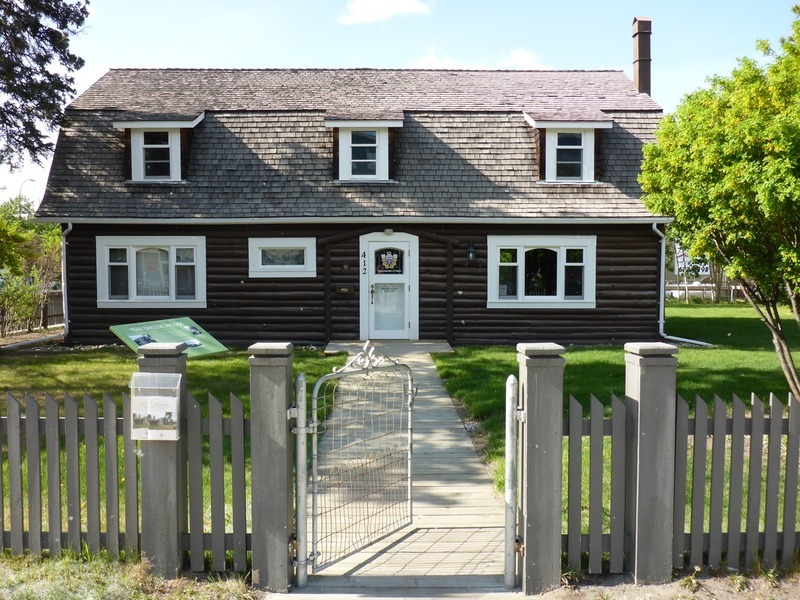 The Taylor House was built for Bill Taylor and Aline Arbour Cyr, both children of Yukon pioneer families who contributed to the Yukon’s economic success with their businesses. The Taylor and Drury Company operated up to nineteen stores in Yukon communities from the early 20th century until the 1960s.

Aline Arbour Cyr arrived in the Yukon in 1918 with her mother and brother. Recently widowed, her mother, Marie Beaudoin, had come to join her father-in-law, François-Xavier Ladéroute, in Kirkman Creek south of Dawson, on the Yukon River. He had told her he lived in an idyllic spot where he was mayor. Truth be known, he lived alone in an isolated cabin surrounded by nature. After a few miserable months, Marie decided to pack it in and return to Quebec with her two children.

When she reached Whitehorse, she spoke so little English that she had trouble making herself understood to buy the return tickets. Antoine Cyr was called in to serve as translator. As luck would have it, not only did Marie not go home on the ill-fated steamboat Princess Sophia, which sank in the Alaskan waters with her 343 passengers, but only five days after meeting Antoine Cyr, she married him and, over the years, bore him five children.