More than 120 years of presence in the Yukon 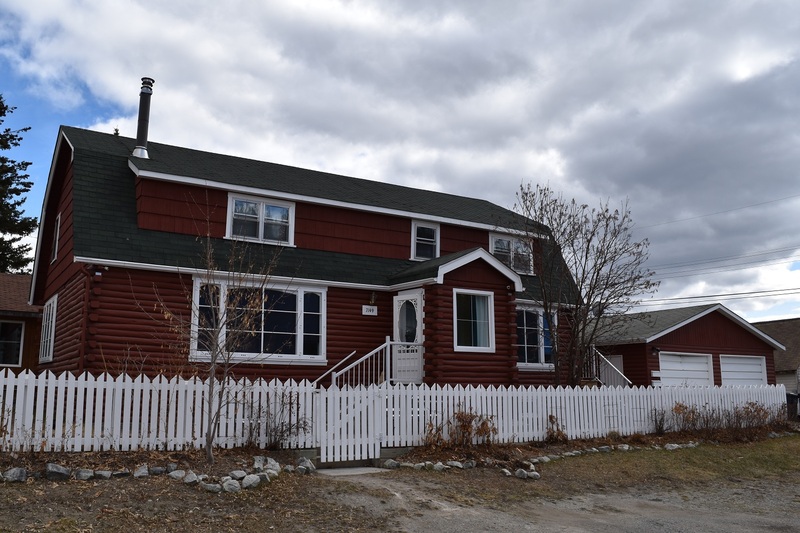 The Oblates of Mary Immaculate (OMIs) first came to the Yukon in the 1860s-1870s. They established their first church in Dawson during the Gold Rush.

Some of them resided in this building on the corner of Strickland Street and 7th Avenue. 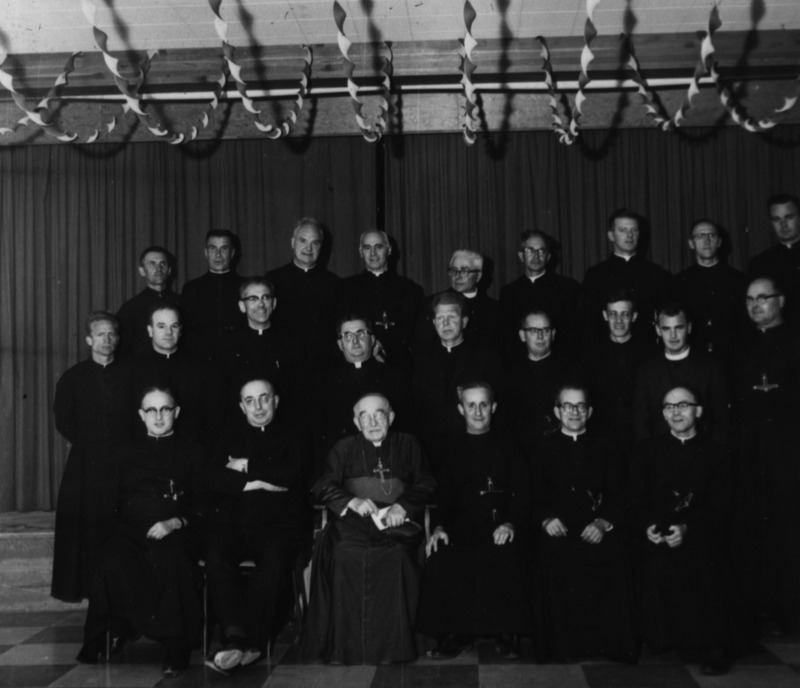 When the Diocese of Whitehorse Sacred Heart Cathedral was created in the early 1940s, Bishop Coudert recruited French-speaking religious OMI missionaries to serve the faithful throughout the territory and not just those who had access to the church. The priests and brothers he recruited served in Yukon communities up until 2013.

Fathers of the Resistance 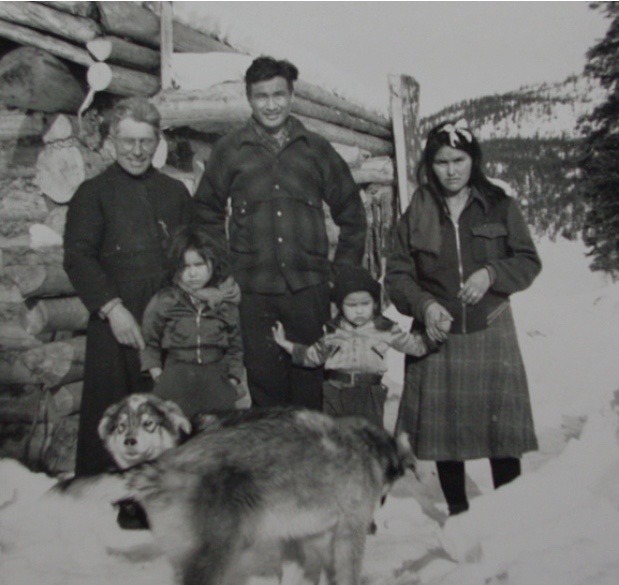 During World War II, a number of fathers who studied together at the seminary were involved in the resistance. Among them, Father Veyrat, an artist, falsified official documents and Father Rigaud repaired rifles air-dropped by the allies. In 1945, these resistance activities were uncovered, and four Catholic brothers were shot.

Father Guilbaud, for his part, was so cold working as a forced labourer in Germany that he asked to be sent anywhere warm at the end of his seminary studies. He was sent to the Yukon!

Embracing the indigenous way of life 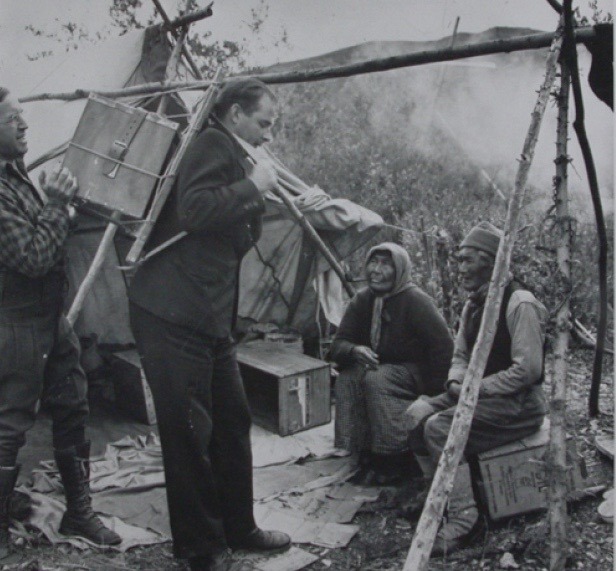 Some Oblate Fathers adopted the lifestyle of the Native people they lived with. Father Rigaud taught the indigenous children based on a seasonal school schedule adapted to the nomadic life of the Kluane inhabitants.

The fathers who served in the Yukon did not try to teach the Aboriginals French; some learned the local languages instead. For instance, to allay the fears the southern Yukon and northern B.C. Kaska people had about losing their language, Father Guilbaud recorded elders who spoke Kaska and learned the language himself. He was one of the last five people to speak Kaska fluently.

Most Oblate missionaries who served in the Yukon received honours and awards for their services in the communities. In addition to their role as priests, they were community builders. Unfortunately, a few individuals were involved in abuses committed against indigenous children in residential schools, including the Lower Post school in northern British Columbia. 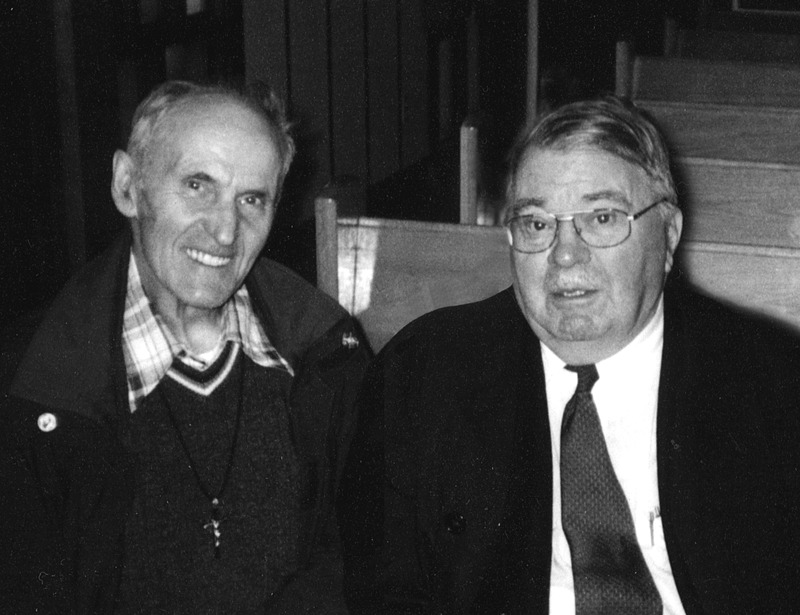 The Oblate Fathers built their churches and houses themselves. They learned to travel by dogsled and living off the land. Most had little or no experience in hard construction work.

Brother Soucy, a cousin of the Cyrs, gardened and took care of the Oblates’ vegetable garden. He was a tinkerer through and through, always collecting anything that  might have some use. When the Oblates’ residence was sold, its basement was overflowing.