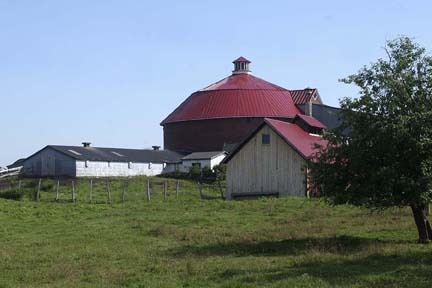 This round barn was built in 1907 and is part of the Holmes family farm. It is one of the few remaining in the region. It is an official Historic Site and is open to the public. The folk-lore tale is that the original builders of these barns (the religious sect of the Shakers) built them with a round shape to prevent the devil from entering and hiding in them, as he is supposed to hide in corners. But the truth is that the construction was very efficient for horse wagons to enter and exit without having to turn around. It was also convenient for storing the hay and then dropping it down to the cattle below. The Shakers were one of those religious sects that believed the end of the world was near. They had numerous communes in New England. Although the sect died out, mainly because they believed in celibacy, many of their settlements are tourist destinations of historic interest today.
Detial : townshipsheritage.com/article/round-barns 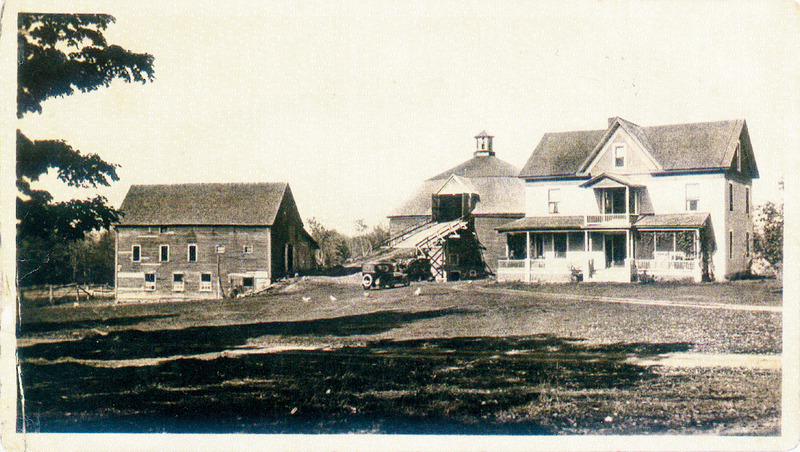 The first round barn goes back to 1826. An American, a Mr. Fowler convinced famers of the day to start building them. It was the present Mr. Stanley Holmes’s grandfather who brought the idea back from the USA and built this barn when his original barn burnt down.