Come, we are waiting for you!

The arrival of families 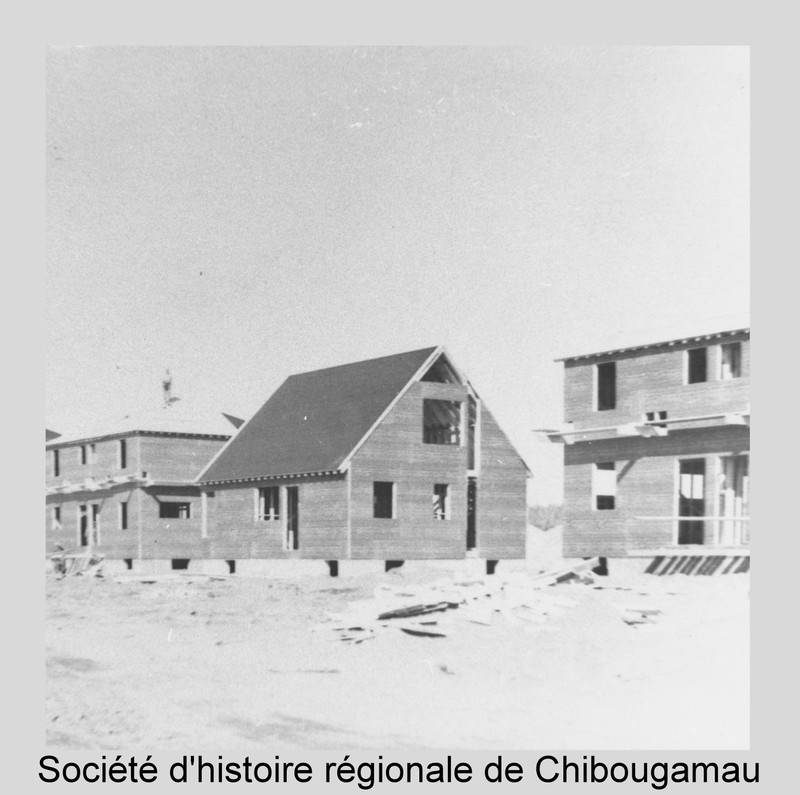 In the early 1950s, Chibougamau was still just a mining camp. Before it even had running water or sewers, Chibougamau welcomed its first families. In 1954, the Campbell mining company began to build homes for its employees. The contract was awarded to Jos Ste-Croix, who was starting out as a contractor. Most of these houses, located on 3rd Street, have been well maintained over the years. Even then, mining companies used incentives to attract and retain workers.

Housing is always hard to find

In the early 1960s, the population continued to grow, and so did the housing shortage. The Campbell company promised to build 40 houses.

A few years later, in 1964, the mine workers went on strike; one of the reasons they were dissatisfied was the scarcity and high cost of housing.

After arriving in Chibougamau in 1951, the parish priest, Fr. Vinette, was not pleased to see his flock spending time in local bars while there was still no church or school. With the help of some parishioners, he built the first chapel, which also served as a classroom. His sister, Thérèse, was his assistant, and the children’s teacher.

Later, with the Campbell Mine’s support, the priest had the Patro* built. When the little chapel was no longer big enough for all the parishioners, the Patro was used for religious services from 1954 to 1964.

* Patro: from the word patronage; a charitable organization that ensured the moral health of children and teenagers, in particular by organizing their leisure time.