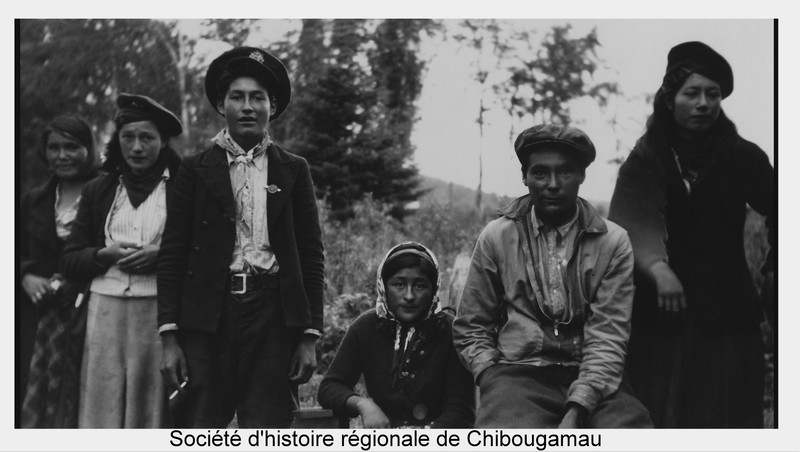 The First Nations played an important role in mine development in Chibougamau. Aboriginal guides helped early prospectors explore the region safely. And once mining began in the early 1950s, many Aboriginal people worked for the mining companies except during the hunting season.

Long before the early days of the mining industry, the area surrounding Chibougamau and Doré lakes was the Couchees family’s hunting and fishing territory.

In the early 20th century, William Couchees lived there alone with his family. He saw the arrival of the first prospectors and geologists, such as Joseph Obalski, and of the families of Cree trappers, attracted by the presence of the Hudson’s Bay Company at Chibougamau Lake.

He gradually had to share his territory with the Chibougamau Cree band and with people coming from the South along new roads opened to facilitate development of the mining industry.

Over fifty years, William Couchees witnessed a great historical transformation. His hunting and fishing territory went from being a distant land where no one but he and his family lived to a developing region with a mining town under construction.

The band of Chibougamau 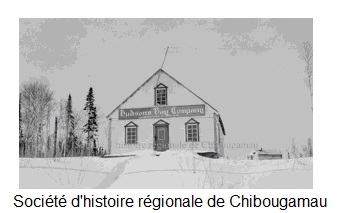 In 1914, the Hudson’s Bay Company established a depot on the south shore of Chibougamau Lake, replaced in 1929 by a trading post on the Gouin peninsula. Several families of trappers arrived from Mistissini and elsewhere to camp in the area.

Relationships were built between the families, leading to the beginnings of the Chibougamau Band. It would unfortunately not be recognized by the Department of Indian Affairs, which impeded its development.

Founded in 1959, the Northern Citizens Guidance Association involved people from the mining industry and airline pilots, nurses, doctors and clergy. Their goal was to improve the lives of Aboriginal groups living near mining towns, drawing from the experience of Chapais, the town nearest Chibougamau, where several Cree families resided while their men worked at the mine.

However, the Crees were reluctant to trade their traditional ways for urban life. Many wanted a reserve to be established on the shores of Doré Lake. They continued to work seasonally for the mining companies, but did not settle in Chibougamau.

The love of wood

Like the Crees, many of Chibougamau’s new residents, such as Alfreda Beaudouin and her husband, Lévis, enjoyed the freedom and beauty of the northern landscapes.

”So far, he’s happy here. Fishing. Hunting. Also, he often goes out on Sundays with Claude Talbot. They go fishing and are as happy as kings. And for Lévis, that does it. I discovered love for the forest later. Love for the bush; it was extraordinary.”

A friendship center with the Crees

Founded in 1969, Chibougamau’s Eenou Friendship Centre was the first of its kind to open in Quebec. One of its main objectives was to promote mutual understanding between Aboriginal peoples and newly arrived residents, through events and cultural exchanges, based on which Aboriginal people could easily participate in urban life.