Fortunes from the ground

Prospecting activities in Chibougamau date back to 1870. But the real mining boom came when the deposits were mined in the 1950s. And although everyone benefited, from simple miner to owner, much of the wealth headed south of the Canadian border.

In the 1950s, big mining companies were formed by buying up smaller ones. At the time, there were eight major mines.

The lives of miners 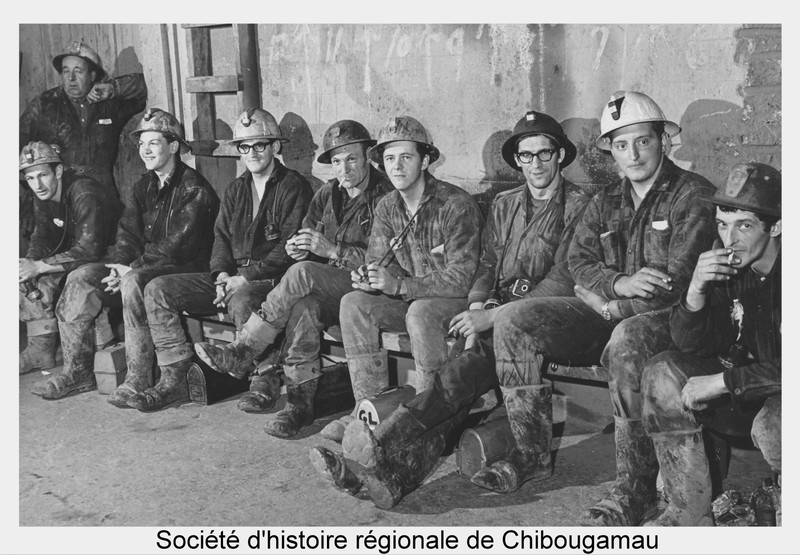 The miners, from 17 to 25 years of age, worked six days a week. They shared shifts and took turns sleeping in the bunkhouses. After the day shift, which ended at 3:30 p.m., they would go to the hotel. When the Campbell MIne built them houses in town in the early 1950s, their wives came to join them and start a family.

Full reference for the photo: Miners at Chapais’s Opémiska Mine.

In memory of the pioneers 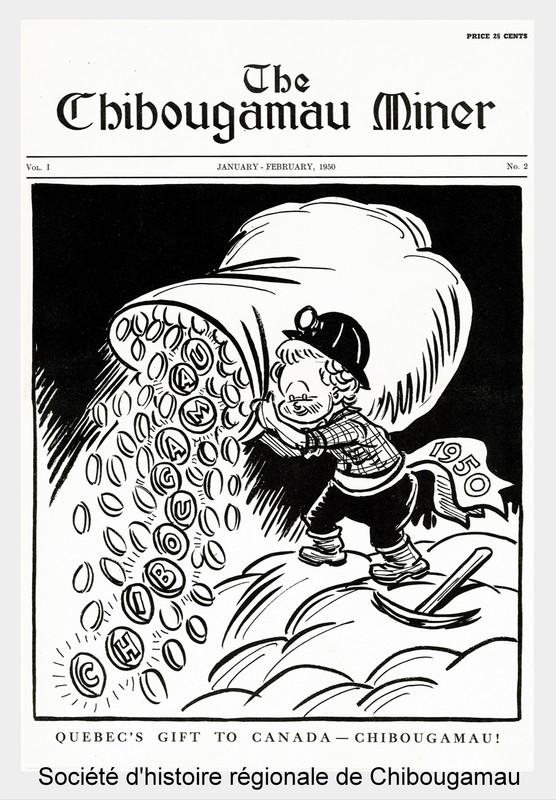 The streets of Chibougamau still bear traces of the presence of the mining pioneers, as their names show.

Fleury Street
Gabriel Fleury, originally from France, started out in the fur trade and later became one of the first prospectors to reside in Chibougamau around 1937.

Campbell Boulevard
E. O. D. Campbell, New York businessman and founder of the Campbell Mine, made most of his stock market fortune in Chibougamau.

McLean Street
D. W. McLean, nicknamed Duck McLean, was manager of the Campbell Mine and a member of the first Chibougamau town council, formed in 1954.

Dufresne Street
A. O. Dufresne was a student when he was part of the first Chibougamau Mining Commission in 1911. He became Deputy Minister of Mines of Quebec in 1947.

Full reference for the photo: The front page of the Chibougamau Miner in 1950 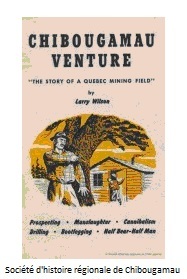 Although he came to Chibougamau to find a mineral spring, Lawrence “Larry” Wilson (1896¬–1963) was better known for his penchant for scotch. This book lover and former international journalist founded the Chibougamau Miner, Chibougamau’s first newspaper, and also built the first public library.

In 1952, Larry Wilson published Chibougamau Venture, a book describing the beginnings of the Chibougamau mining camp.

The population has now a Caisse 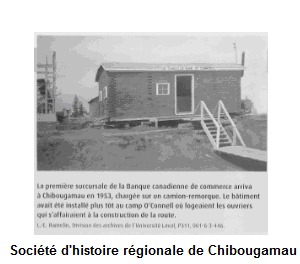 In 1964, a group of 29 Chibougamau residents founded the Caisse Desjardins de Chibougamau to establish a financial institution of their own, based on Alphonse Desjardins’s philosophy.

Since 2001, the Caisse has been the headquarters for the Chapais and Chibougamau area. It has about 6,900 members.