In 1737, Joseph Fleury de la Gorgendière founded a parish called St-Joseph and was granted by Monsignor Dosquet a missionary for his new estate. The people needed a priest to encourage them in their hard life and help them with faith. A chapel was built within the manor, on the river's west side, near the bluff. The founder generously provided the chapel with a chalice, a ciborium, a sun, a Child Jesus and several ornaments still in use today. It is possible to see, on the current site, the cross built in 1937 to commemorate this chapel. It was illuminated 50 years later. 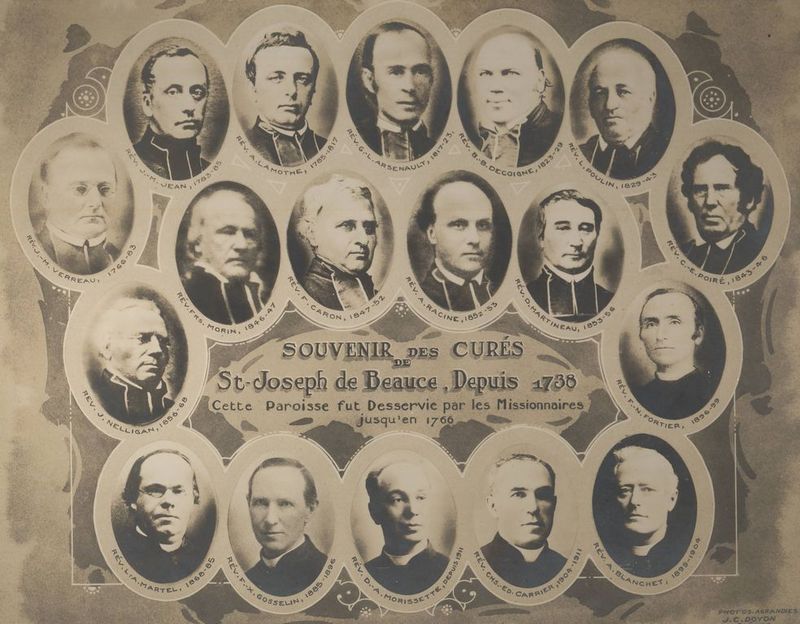 Upon his arrival at the estate, Joseph Fleury de la Gorgendière was aware that colonization was only possible with a religious presence. At the time, the priest was acting as moral and spiritual support in the hard work of clearing a land as far from the city.

At the request of the new lord, a missionary was sent in 1737 to the new parish, which also served the two other estates in Beauce: Saint-François (Beauceville) and Sainte-Marie. A small chapel was quickly built near the current Saint-Joseph bridge in 1738.
The first missionary living on the premises was Father François Charpentier, Recollect (1737-1743), who celebrated the first christening (1738) as well as the first wedding (1740), and buried the first person who died (1739) at the estate.

Mass on the Site of the 1st Chapel 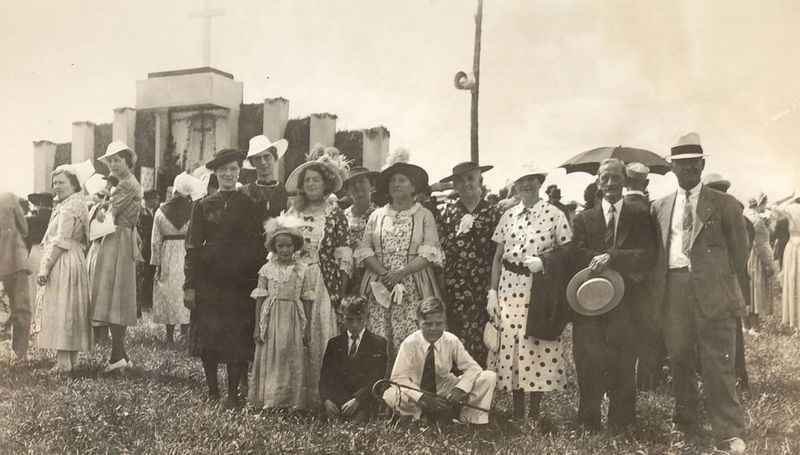 Source: Suzanne Poulin, Marilie Labonté and Isabelle Veilleux Fund, collection from the Marius-Barbeau Museum (1st half of the 20th century, 1938)

Mass on the Site of the 1st Chapel 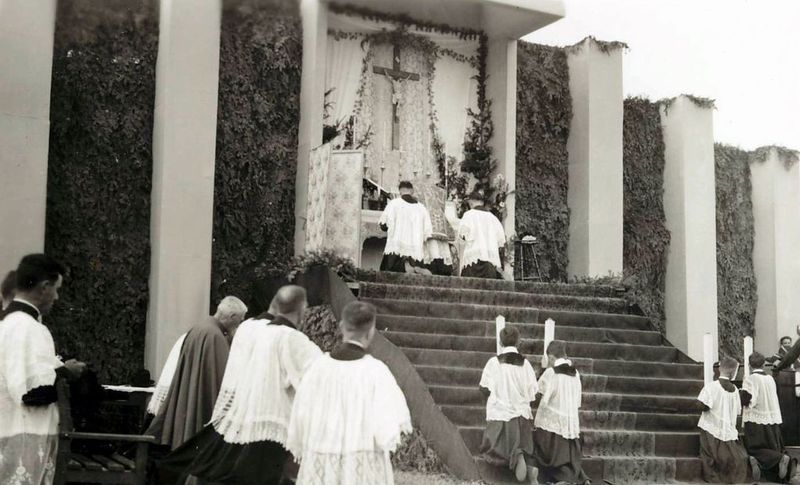 Mass for the 200th anniversary of Saint-Joseph, on the site of the 1st chapel built in 1738.

Source: Suzanne Poulin Fund, collection from the Marius-Barbeau Museum (1st half of the 20th century, 1938) 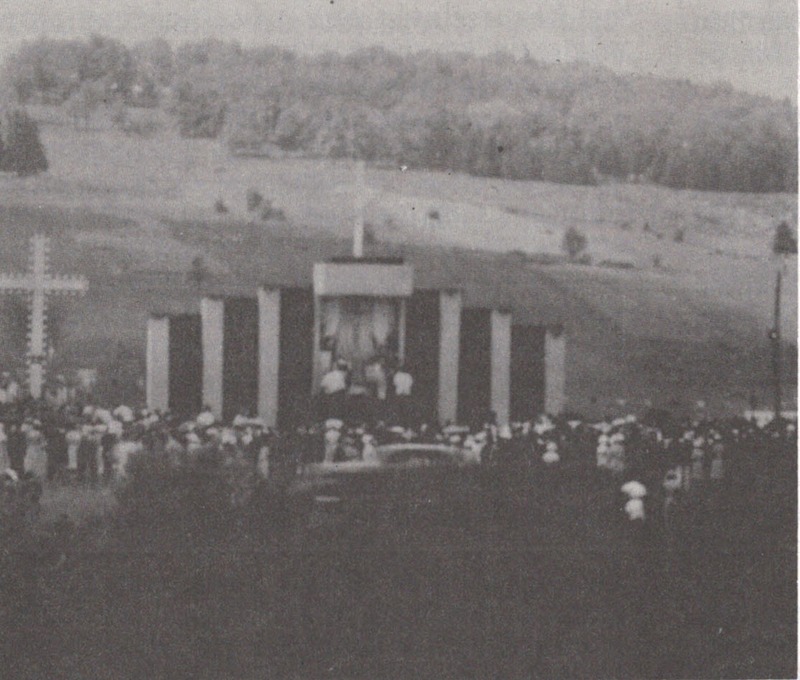 Cross built over the second century on the exact site of the first chapel. 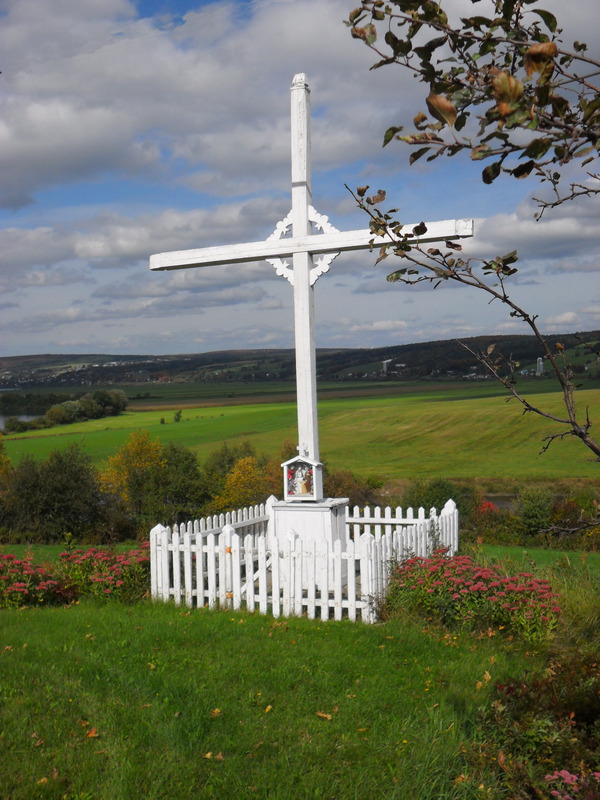 Our territory is home to 2 wayside crosses.  They symbolize the strong religious faith of a certain time.