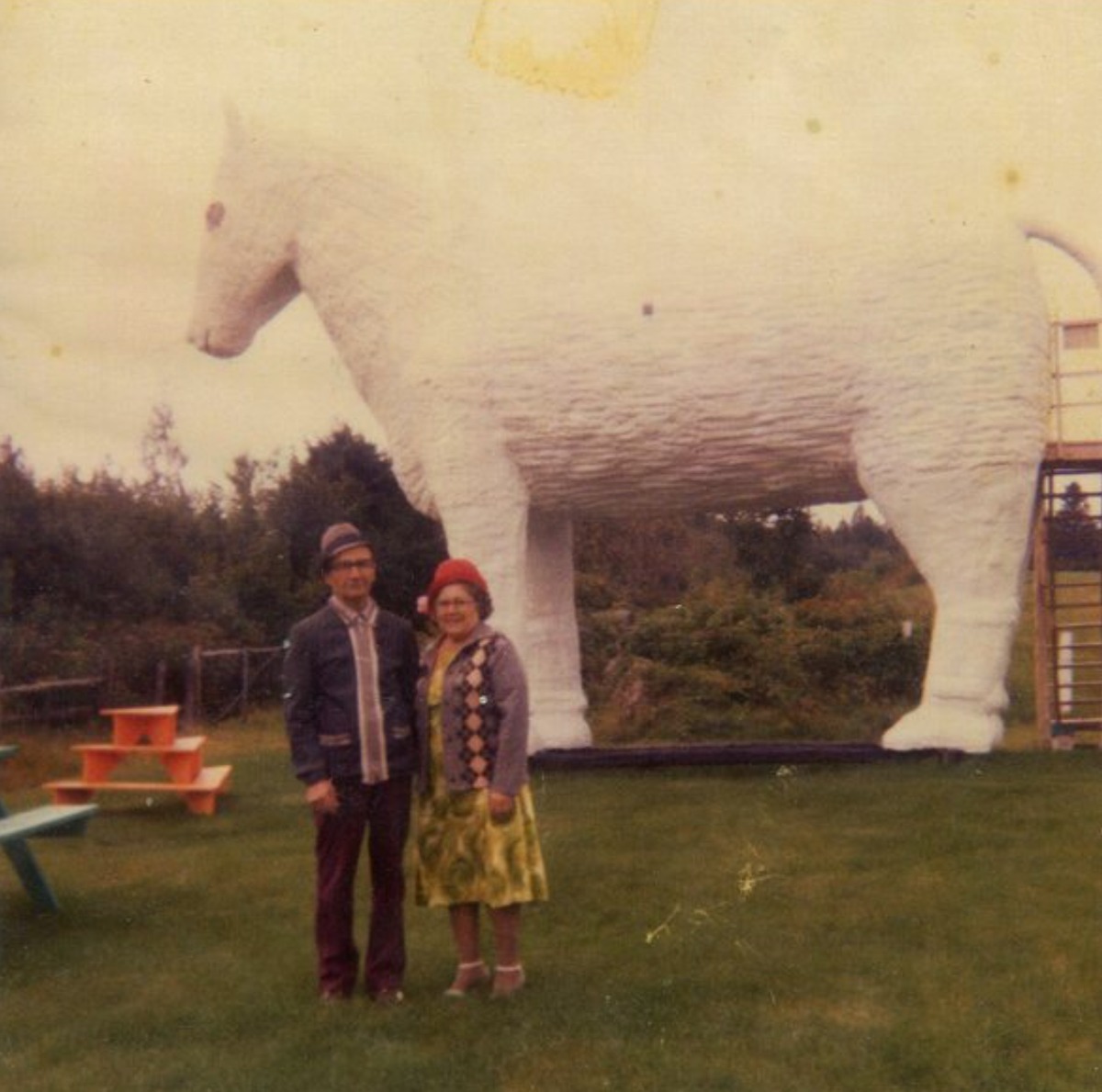 It took Roméo Vachon a few years to patiently create his horse. He cut the aspen plates that make for the giant's reinforcement. He shaped each one of them, softening them with steam. He secretly assembled them in a room of his house. People even say that the parts were so big that he had to undo the door frame to get them out. He then assembled everything and made it available to see by everybody that went by and was interested by the masterpiece. His wife Lucienne tirelessly supported him in his artistic project and, over all the years when the horse was on their land, she recorded the number of visitors attracted by the project's scope.
Same business hours as the restaurant 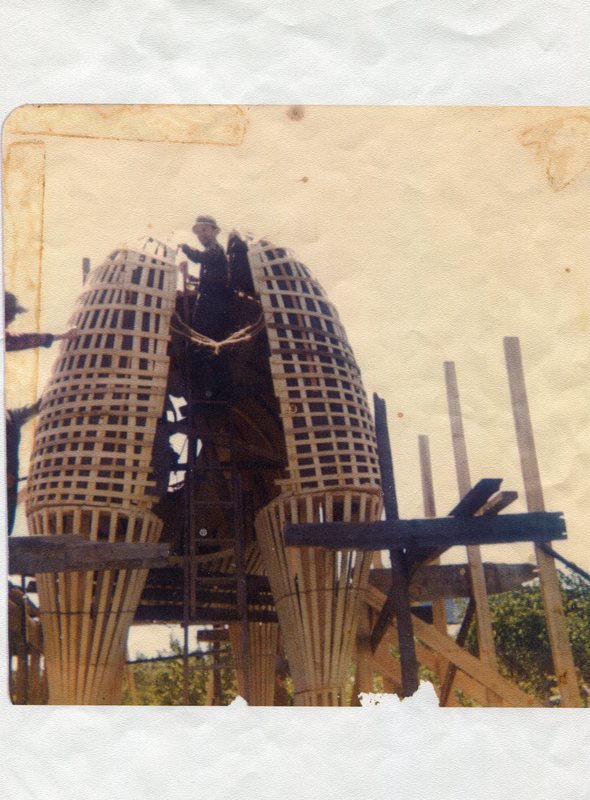 The picture shows the huge size of the horse. It is easy to imagine the number of hours required for its creation.
Source: Saint-Séverin's image gallery (circa 1975)

The head is taking shape 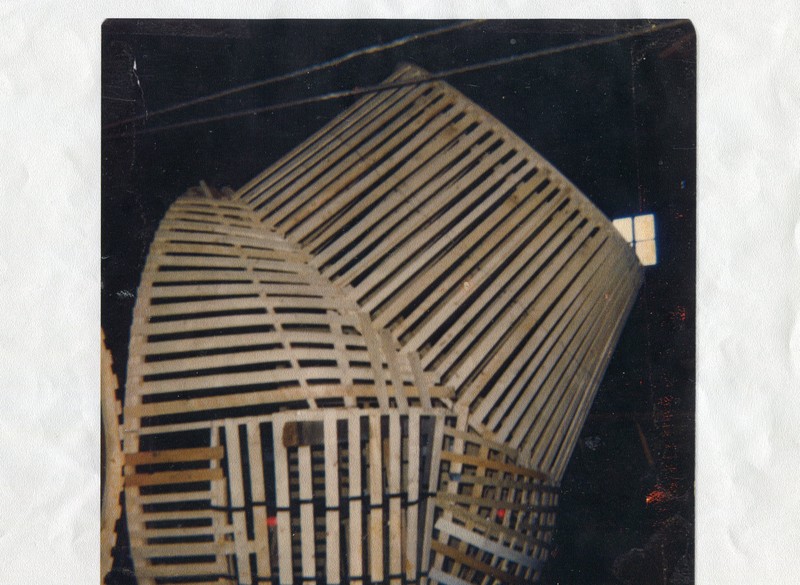 This picture illustrates the difficulty level of creating such a large wooden skeleton.
Source: Saint-Séverin's image gallery (circa 1975)

Méo is moving to the village 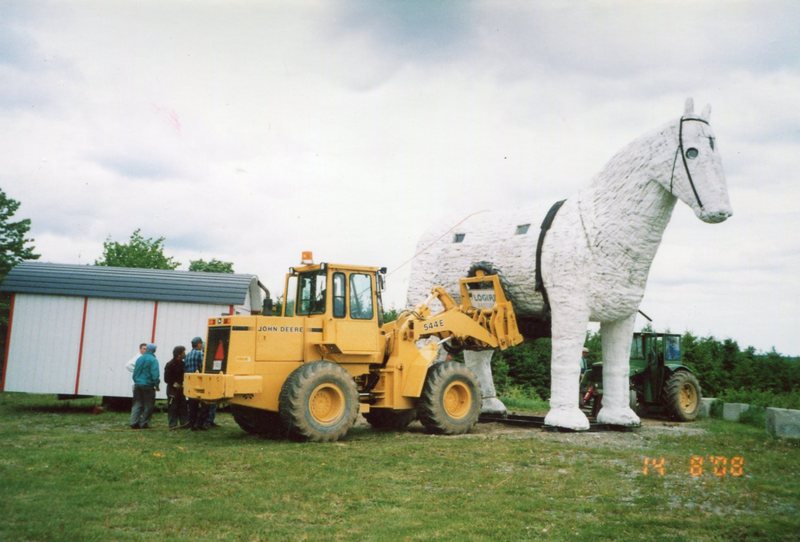 The horse was moved twice. A beautiful documentary humorously relates one of these movings. This documentary, which can be viewed on Youtube, is called ""Le rêve de Roméo"" and was produced by Simon Poulin.
Source: Saint-Séverin's image gallery (circa 2000)