General Overview of the Cemetery

General Overview of the Cemetery 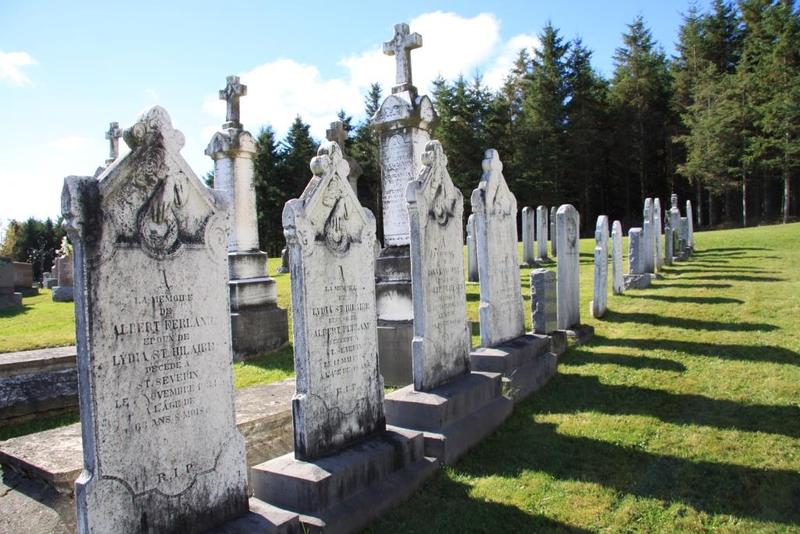 A witness of the municipality's history and heritage, Saint-Séverin's main cemetery is right next to the church. This resting place boasts numerous headstones and funerary monuments that stand out for their diversity. Wood, cast iron, forged iron and marble are the materials used to remember all the people who shaped the life of this rural community.

Proud of their cemetery, citizens from Saint-Séverin inspired the municipality to declare it historical monument in 2004. This showcasing was enhanced in two ways since 2006. Every year during the Saint-Séverin Film Festival, an animated tour is offered on the first Sunday of October. With a selection of headstones, two animators talk about some parts of the life of now gone Saint-Séverin's inhabitants. Funny or dramatic facts are narrated in a theatrical way.

Since 2012, it is also possible to visit the cemetery with a flyer developed by a volunteer committee. This tour includes a brief presentation of Saint-Séverin, but above all offers 11 stops, all enhanced with information pertaining to people's lives and local history.
Free 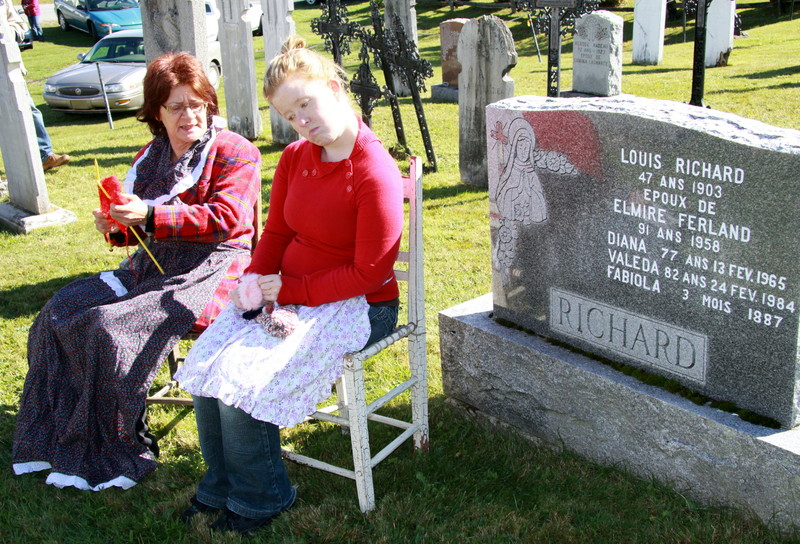 Louis Richard, who died at age 53 in 1903, had bought a land shortly before he passed away. A widow with nine children to feed, his wife Elmire Ferland had decided to keep the land and to reimburse the loan. But she didn't have any money! For ten years, the lady and here daughters knitted to reimburse the $1,160 debt. 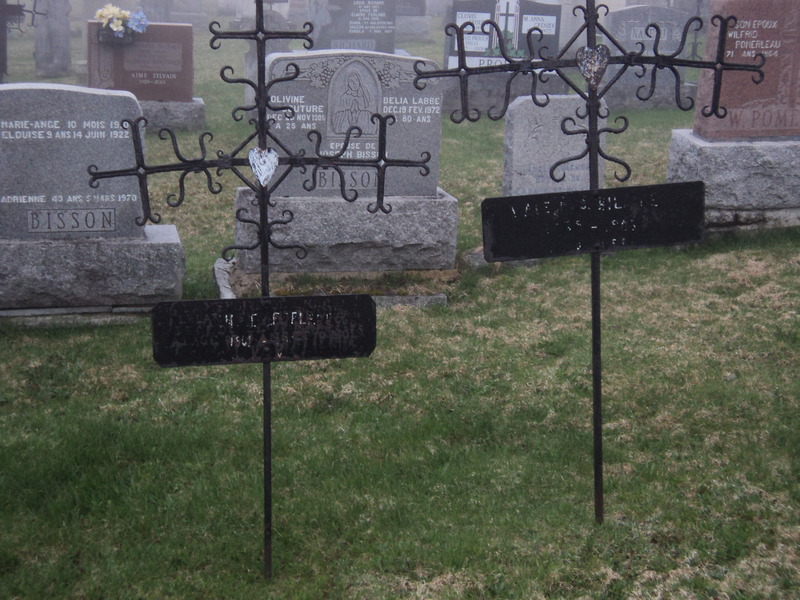 Blacksmiths not only shoed horses, repaired or manufactured tools. Some of them also made forged iron crosses for deceased people.

The benefit: metal has a longer life span than wood. Not everybody could afford a stone or cast iron monument. 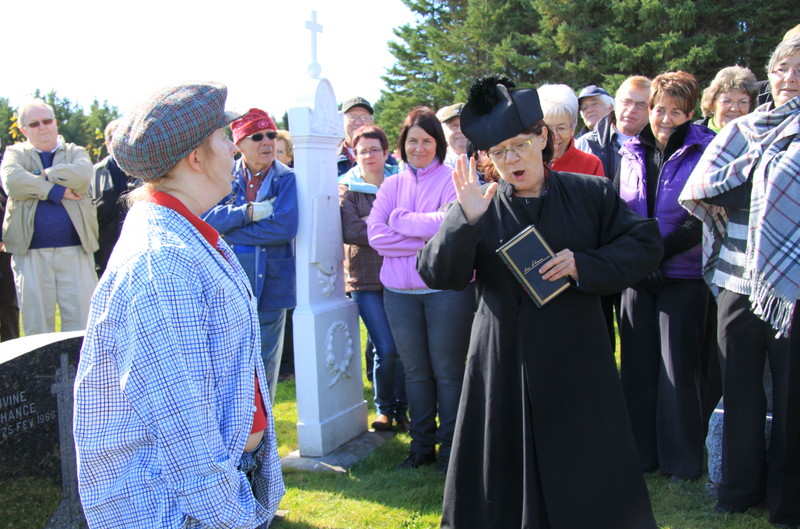 Inevitably, the parish priest often interfered in the life of his parishioners. For example, he had ordered one parishioner to burn down his violin. At some point, he nagged the village hotel keeper for playing his music too loud on Sunday morning... right before mass.