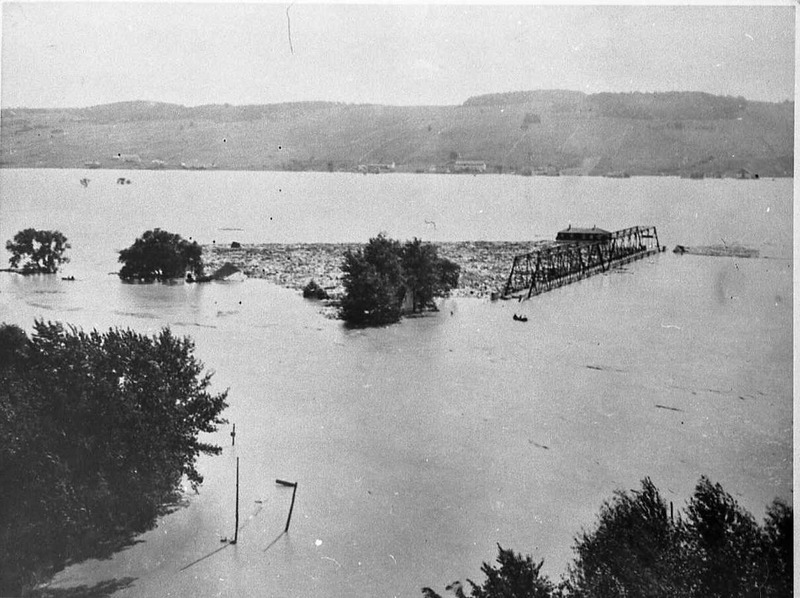 In Saint-Joseph-de-Beauce, the shores of the Chaudière River collapse and the heights move off to create a beautiful backdrop. The valley bottom is supported by smooth hills and is partly surrounded by sugar bushes.

First named Méchatigan, meaning shadowy river, the Chaudière River is a communication way and initial axis of the settlement. With their farm houses, royal roads along the river were only settlement ranks at the time. Over the years, properties reached the bottom of the hillsides, forced to move away from the shores due to spring floods. Because the Chaudière River swept away several houses, royal roads were progressively closed. They were permanently closed in 1922. In the face of the damage caused by the river, the population was supportive and developed a sense of leadership. The chores reflect this solidarity spirit and Beauce's identity.

Unpredictable and winding, the Chaudière River begins its course in the south, in Lake Mégantic, flows to the north, and empties in the St. Lawrence River, at the Chaudière Falls near the Quebec City bridges. Some 185-km long and between 1 and 200 meter-wide, the Chaudière River drains 5,000 square kilometers of Beauce land. It is fed by about 20 lakes and rivers. In Saint-Joseph-de-Beauce, three rivers empty in it: Calway, des Fermes and Saint-Joseph.

From its source in Lake Mégantic, the first 85 kilometers have the highest drop. Its bed is strewn with shoals and the current is swift. From Saint-Georges to Sainte-Marie, over a distance of 80 kilometers, the river is relatively large and deep. The last 20 kilometers have rocky outcrops.

Known for its spectacular floods, the Chaudière River is untameable during having rain periods. Nested in the valley, the river collects the water from the land along it. The diversified topography of the area and the many meanders of the river make water flow difficult. During spring melt, the river frees faster from the ice in the south. The water flowing to the north is sometime clogged by many logjams.
Free 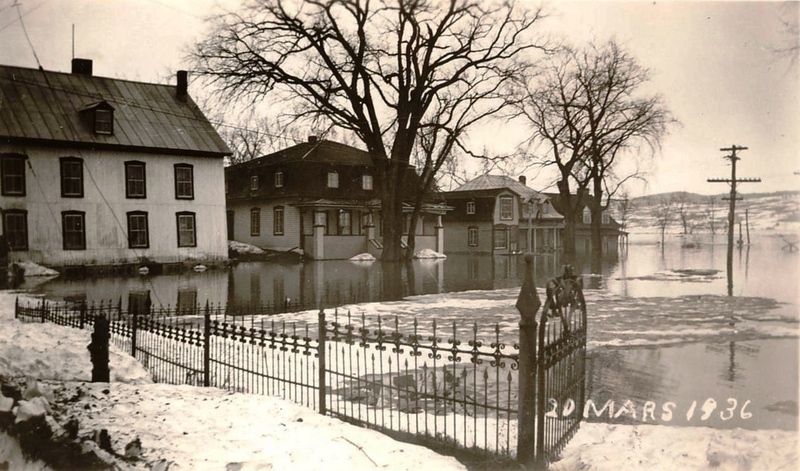 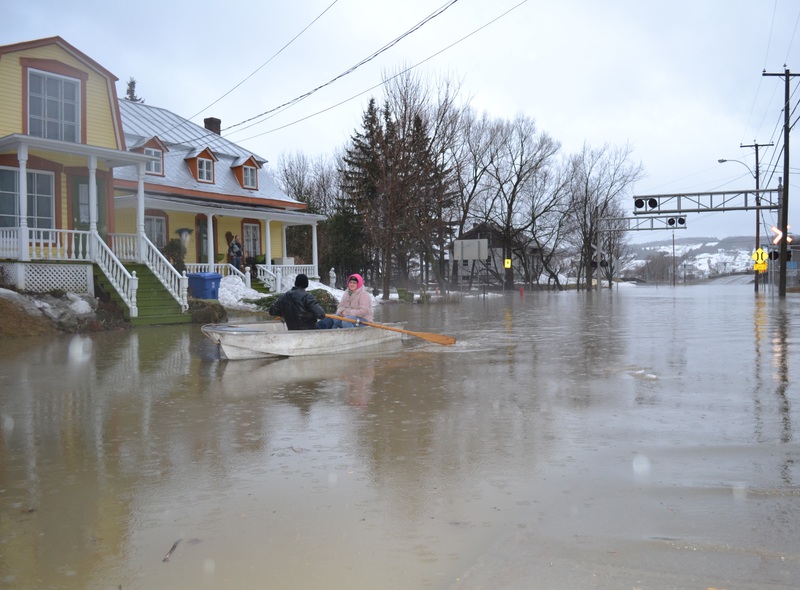 For the residents of Martel Street, the rowboat was the best means of transportation during this major flood.

Thank you for exploring Saint-Joseph-de-Beauce.

Thank you for exploring Saint-Joseph-de-Beauce with us!

Following this tour, you will find the heritage tour of the town of Saint-Séverin.
Project undertaken as part of the cultural development agreement.