An attractive fall for the industries of yesteryear 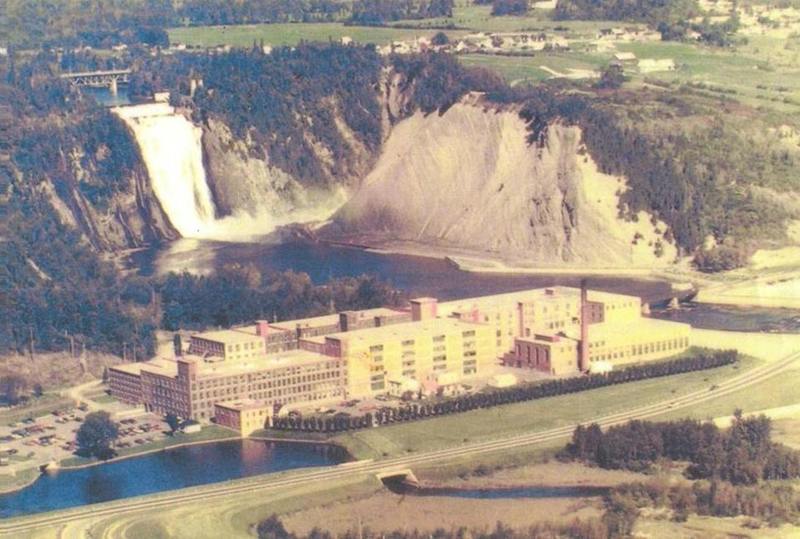 Throughout the 19th century, a number of industrial players became established in Côte-de-Beaupré. One of the first was the Patterson-Hall sawmill, named after British entrepreneur Peter Patterson and his son-in-law George Benson Hall. The sawmill, founded at the foot of Montmorency Falls, was active from 1811 to 1892.

In spite of the decline of the lumber industry at the end of the 19th century, the power generated by the falls continued to attract manufacturers, and a cotton cloth factory was built on the old mill site by Dominion Textile, which would carry on operations for nearly a century, until 1985.

Tourist activity... since the 18th century 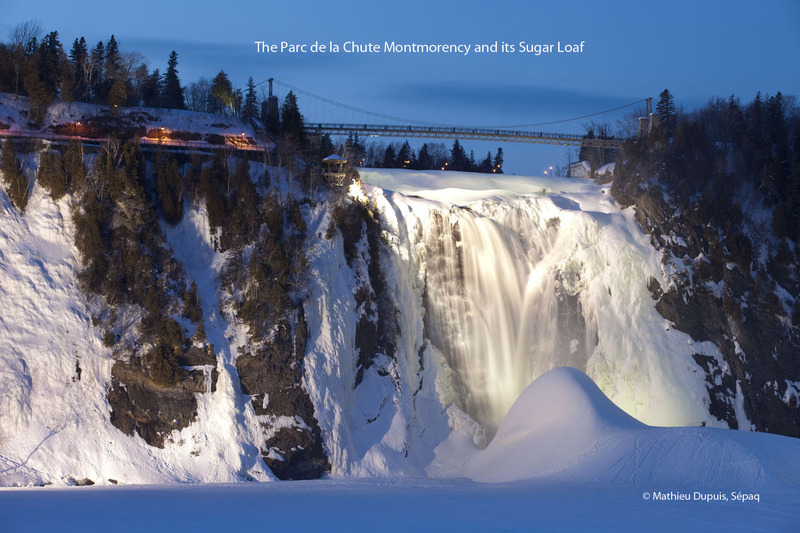 The legend of the White Lady 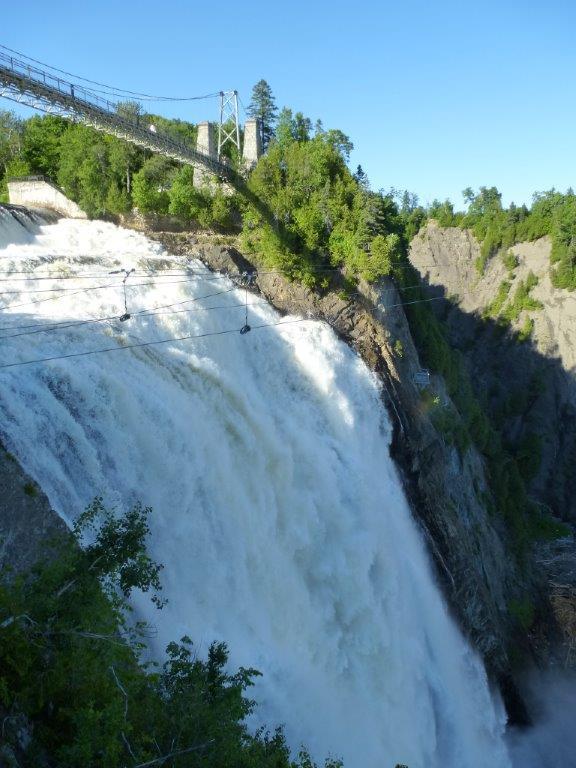 According to legend, a lady can sometimes be seen floating around the falls. Her story dates to the 18th century. Mathilde and Louis, two young lovers, often took walks around Montmorency Falls. They were to be married at the end of the summer, but the arrival of British soldiers dashed their plans.

On July 31, 1759, a terrible battle took place by the falls. Upon learning of Louis’ death, Mathilde, devastated, reportedly jumped from the falls to her death, clothed in her beautiful seafoam-coloured dress. Legend has it that at that very moment, the water turned as white as a bridal veil. Ever since, the fiancée has continued to haunt the falls. 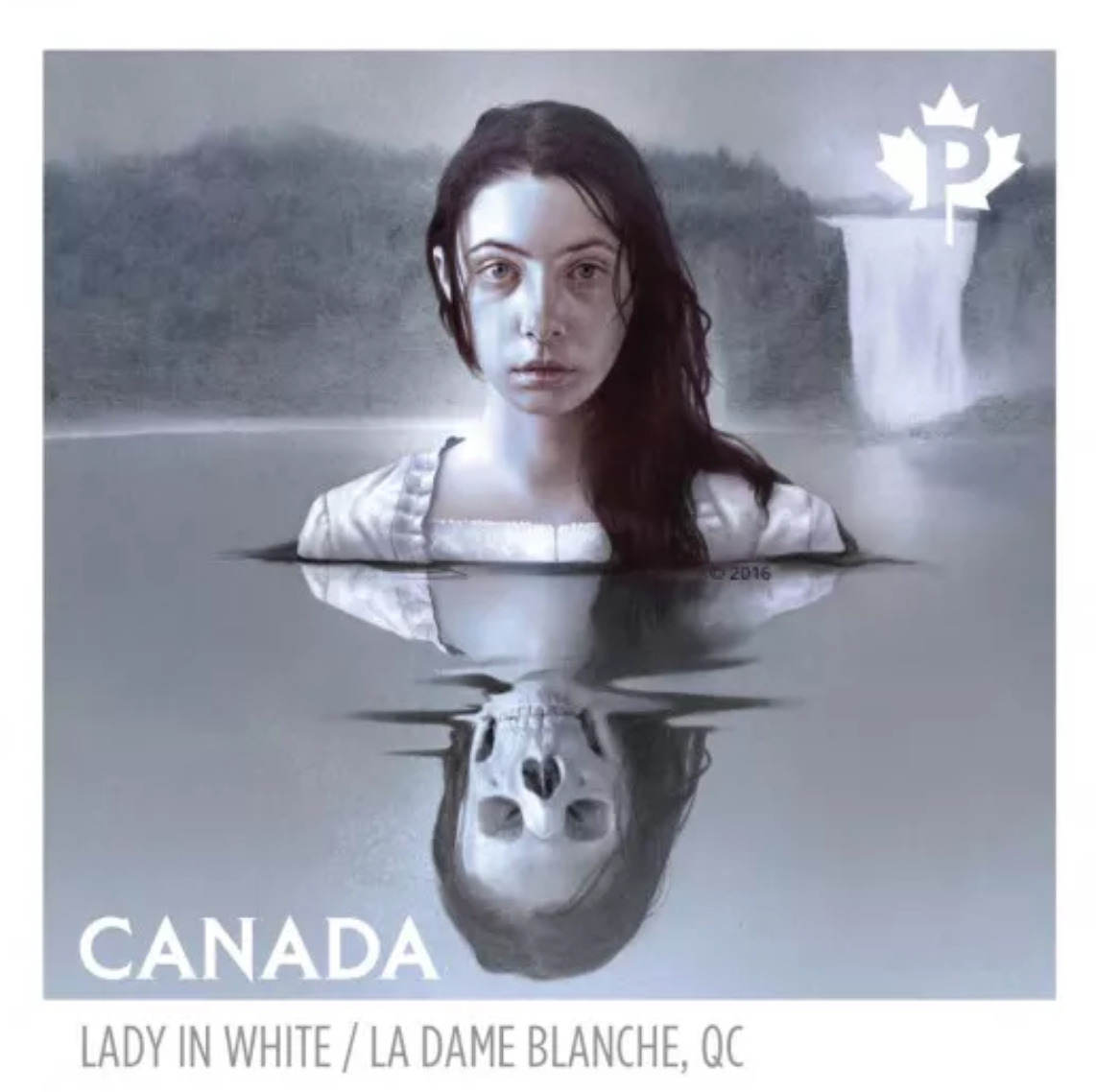 Canada Post has also printed commemorative stamps to highlight this mysterious legend of the White Lady. 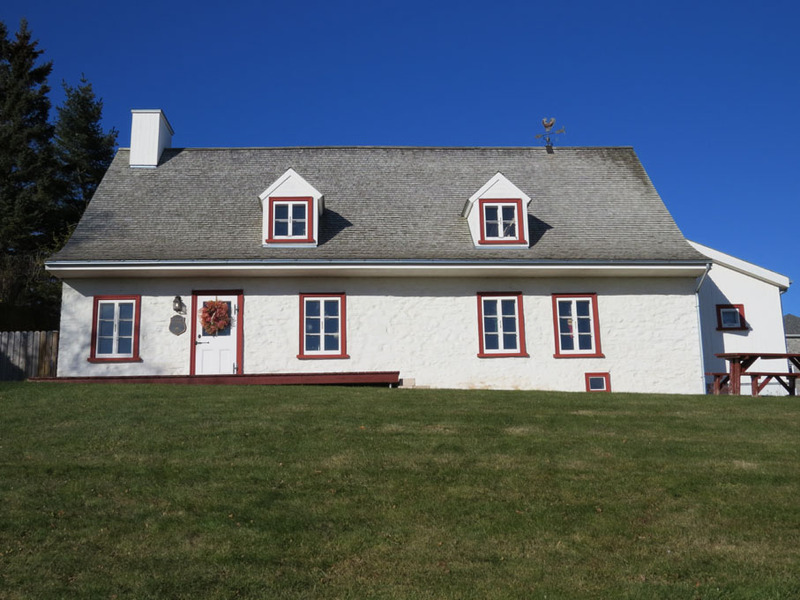 In June of 1759, as the Seven Years War raged on, British troops launched the Siege of Quebec. Their powerful fleet, with its 49 warships, gathered on the St. Lawrence River in front of Beauport. In the summer, the British troops occupied the eastern part of the plateau overlooking Montmorency Falls. Commander

James Wolfe set up his headquarters at the Vézina home, which is also believed to have lodged his officers. Nearby, the British established a military camp guarded by small redoubts.

On July 31, 1759, the battle of Montmorency was fought between the British troops led by James Wolfe and the French army commanded by Louis-Joseph de Montcalm. The battle was a disaster for the British, with a toll of approximately 400 dead or wounded versus the French toll of just 60.