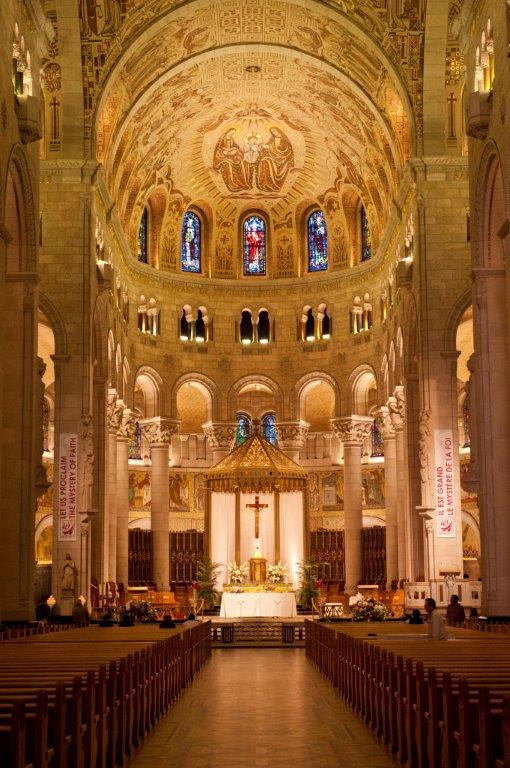 The famed miraculous healings at Sainte-Anne-de-Beaupré reportedly began to take place in the second half of the 17th century.

Louis Guimont, a man afflicted with severe kidney pain, is said to have been cured by the intercession of Saint Anne in 1658. As the patron saint of sailors, Saint Anne is also believed to have saved many from drowning in a shipwreck in 1662. Rumours of such miracles spread fast, and in the early 18th century, the reputation of the Sainte-Anne-de-Beaupré church expanded beyond the Quebec City region.

Saint Anne and her miracles 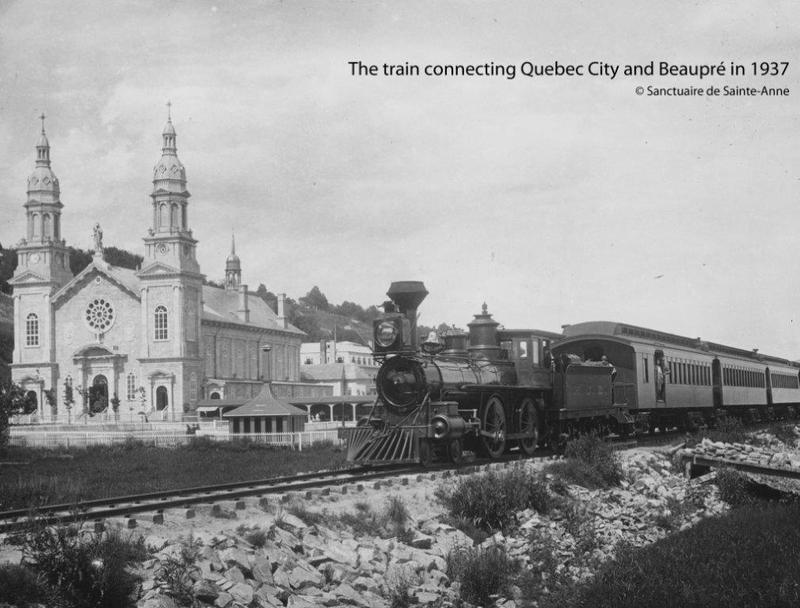 The Feast of Saint Anne 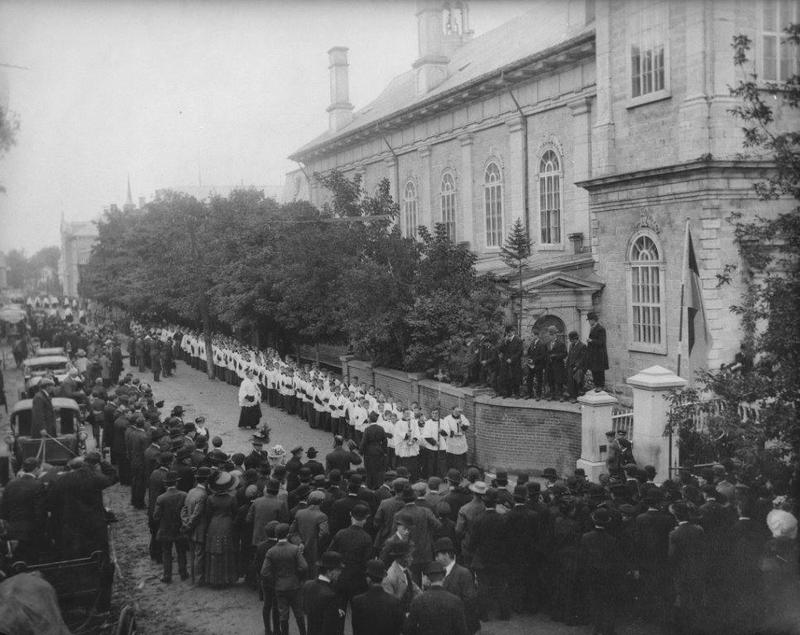 Each year, a novena is dedicated to Saint Anne: this consecutive 9-day series of prayers attracts tens of thousands of pilgrims from all over the world. The novena culminates on July 26, the Feast of Saint Anne. On this occasion, a procession is held, along with a blessing of the sick.

Many Amerindians have made the pilgrimage to Sainte-Anne-de-Beaupré since the 17th century. Their traditional tents can often be seen near the basilica during the novena.

Picture: Procession in Sainte-Anne-de-Beaupré, in the early 20th century (Coll. of the Sanctuaire Sainte-Anne). 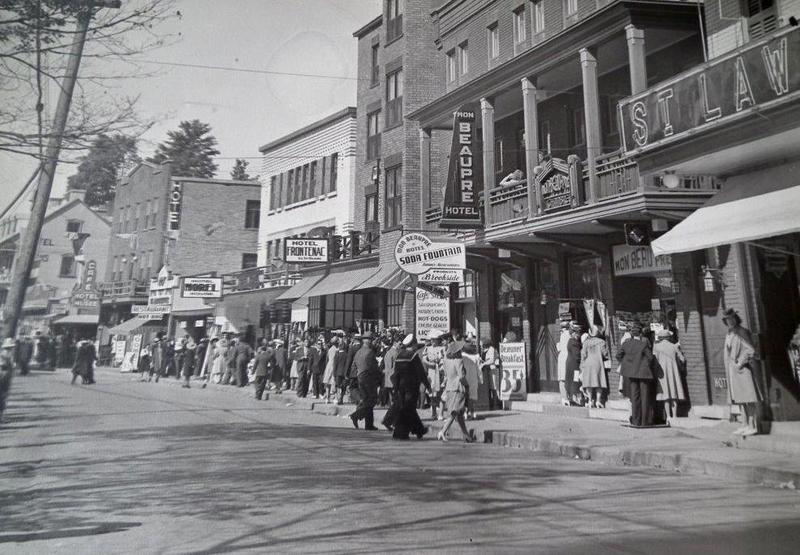 At the end of the 19th century, a myriad of hotels became established in Sainte-Anne-de-Beaupré. The second Regina hotel, built in 1904 near the train station, rivalled even the grandest hotels in Quebec City. Around the dawn of the 20th century, many other establishments were built, including the Champlain, Frontenac, Beaupré and St. Lawrence hotels.

After visiting the basilica, many tourists have enjoyed leisurely strolls in the neighbouring streets while looking for souvenirs such as the renowned “medals of the Good Saint Anne.” Some of the buildings that housed these stores and hotels are still standing today.

Picture: The former hotels in Sainte-Anne-de-Beaupré (Coll. of the Sanctuaire Sainte-Anne).