Frescoes of the Church 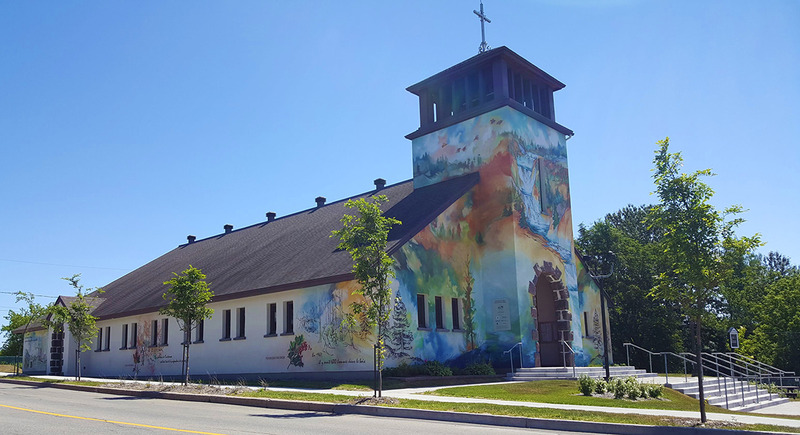 Frescoes of the Church of Saint-Ferréol-les-Neiges is a unique artwork in its kind in Quebec, because of its size on the four outer walls of the establishment, whose imposing facade and its bell tower, is more creative and original while respectfully integrating with this place of worship and its environment. A work realized by the artists of SAUTOZIEUX as part of the revitalization of the village of Saint-Ferréol-les-Neiges.

Forestry and logging around 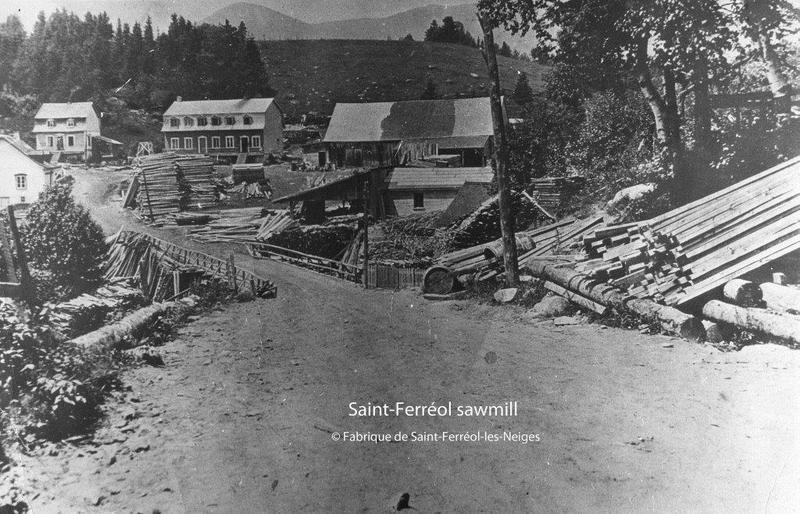 Development of the village of Saint-Ferréol 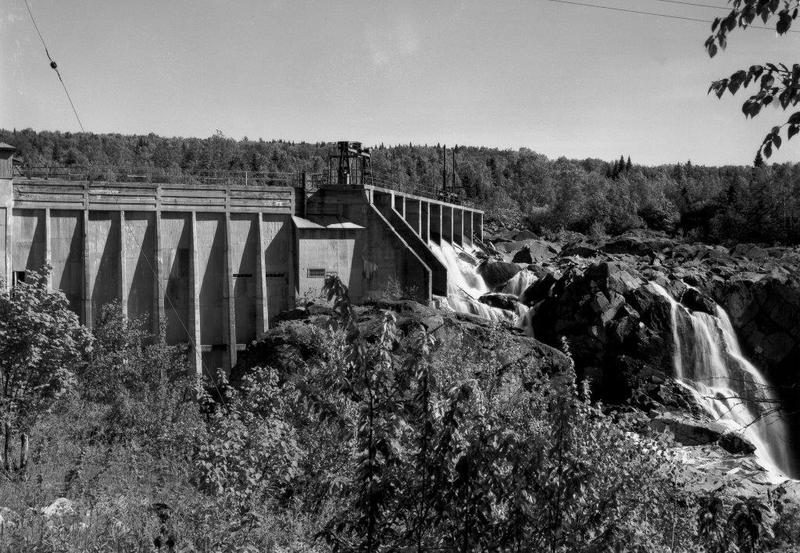 In addition to its logging activities, Saint-Ferréol underwent two major development stages that were also related to its natural heritage. In the early 20th century, a dam was built on the Sainte-Anne River, at the height of Sept-Chutes: the hydroelectric plant generated its first kilowatts in 1916. Then, as of the 1970s, a winter sports centre was developed for the Mont Sainte-Anne; this transformed the village of Saint-Ferréol, which grew into a resort area. This explains why Saint-Ferréol was renamed Saint-Ferréol-les-Neiges in 1969. 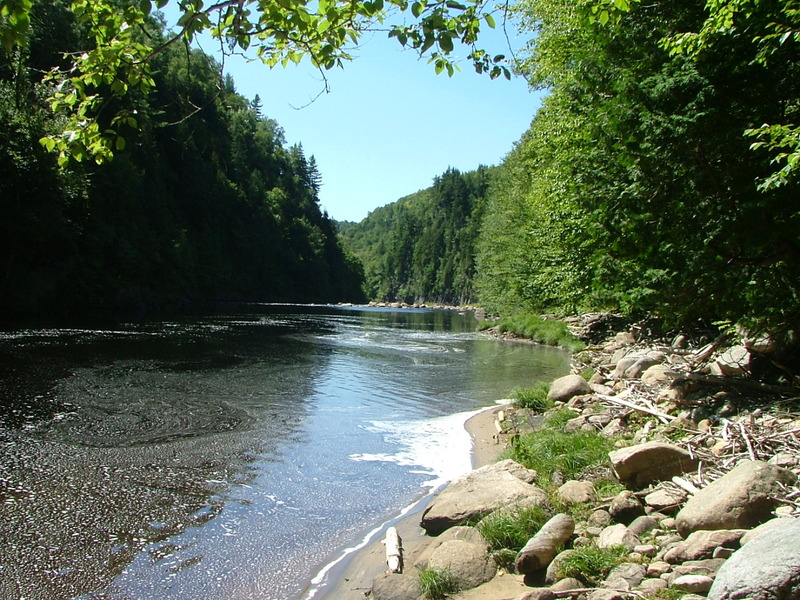 The Mestachibo trail was inaugurated in 2002 as a section of the Trans-Canada Trail. It runs  nearly 12 km, from the Saint-Ferréol-les-Neiges church to the Jean Larose waterfall at the foot of the Mont Sainte-Anne. The trail follows the Sainte-Anne River, which it crosses by means of two 70-metre footbridges. It has earned its name, given that “mestachibo” means “great river” or “having many waterfalls” in Huron.