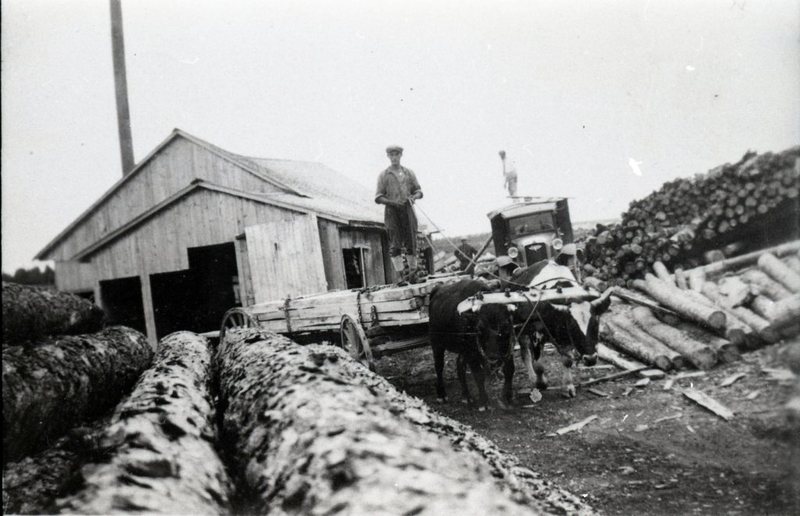 Before the establishment of the Trappist Fathers at Mistassini, François Gaudreault was the first man to settle on what was later called Pointe-des-Pères.

The story of his arrival was not without pitfalls. Engaged in logging operations near Péribonka, François Gaudreault dreamt about operating his own saw mill. When a foreman asked about a location near powerful falls on the Mistassibi, he and his eldest son packed their bags and headed out to this still uninhabited land. It was 1883.

Once established on the territory which was to help him out of poverty, he cut down the first tree of a large virgin forest to provide shelter and a mill at the foot of the great waterfall. This establishment was not built legally. Even today, François Gaudreault is nicknamed 'the squatter', because of he took over lots that were never officially purchased.

First taking his elder son with him, Gaudreault returned to get his other sons. The difficulties encountered during these perilous trips put their lives in danger many times. Unable to ensure their livelihood despite the construction of a sawmill, a barn and a house, Gaudreault sold everything to the Trappists in 1890.